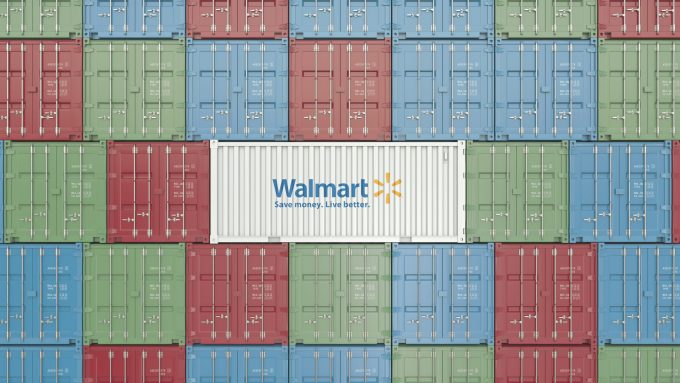 (www.MaritimeCyprus.com) One of the world’s largest shippers, Walmart in the US, says it has chartered vessels to meet demand for goods as supply chain disruptions continue to threaten sales.

Walmart president and CEO John Furner said the company had raised its inventory by 20% over the past six months and was in a good position to meet the “cost pressures” it expects in the third and fourth quarters.

According to EVP and CFO Brett Biggs, speaking during a results broadcast on Tuesday Walmart had benefited from the US government stimulus and, as a result, had seen $2.4bn year-on-year growth in food sales. Now it was looking forward to a strong ‘back to school’ period.

However, Mr Biggs added that the current supply chain issues were a major problem.

“We need to mitigate these and that’s why we chartered vessels specifically for Walmart goods,” he explained

Walmart is experiencing significant growth, particularly in the US, where Mr Biggs said there would be growth of 11%-12% over the full year.

He said the company “was evolving”, with increasing e-commerce demand meaning Walmart was developing new fulfilment centres to meet that demand.

The company did not, however, give any specifics of its ocean chartering venture.

Some large importers like Walmart have decided that taking matters into their own hands is a better decision than waiting for ocean carriers to have space.

In June, Home Depot announced that it had similarly chartered its own ship in an attempt to avoid issues in the shipping market.

The rush to secure capacity has gained steam as cargo owners need to ship products soon if they're going to be on the shelves for the holidays.

Walmart is confident its inventory will be in a good position for the end of year, Furner said. Its inventory for the most recent quarter was up 20% YoY, which the company said reflected the impact COVID-19 had on inventory last year and the need to meet high demand this year.

The consumer demand has impacted operations at ports. The Port of Los Angeles had its 12th consecutive month of YoY increases in freight volume in July, Executive Director Gene Seroka said.

"We're now officially at the start of traditional peak season," Seroka said. "And this year's peak looks a lot like it has over the last 12 months: unrelenting consumer demand, imports competing for space."