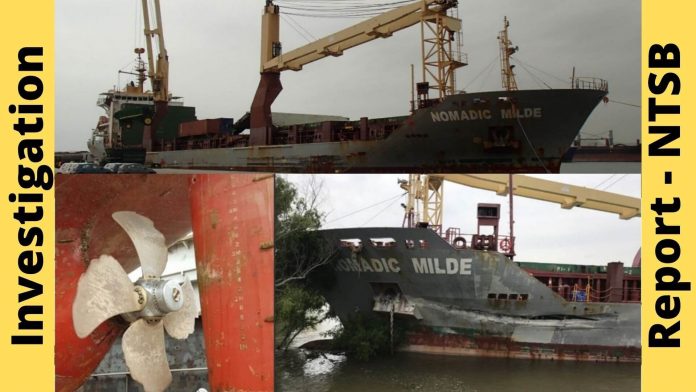 (www.MaritimeCyprus.com) A bridge team's lack of effective monitoring of their position while at anchor led to a cargo ship colliding with an anchored bulk carrier and striking a chemical dock on the Lower Mississippi River near New Orleans.

On May 8, 2020, about 1655 local time, the anchored general cargo vessel Nomadic Milde
collided with the anchored bulk carrier Atlantic Venus on the Lower Mississippi River near New Orleans, Louisiana, after the Nomadic Milde began to swing and drag its anchors in the current.

After colliding with the Atlantic Venus, which had been anchored directly behind the cargo ship, the Nomadic Milde then struck a nearby chemical dock and grounded on the bank. No injuries were reported. The Nomadic Milde released an estimated 13 gallons of lube oil into the river. Damage to both vessels and the dock was estimated at $16.9 million.