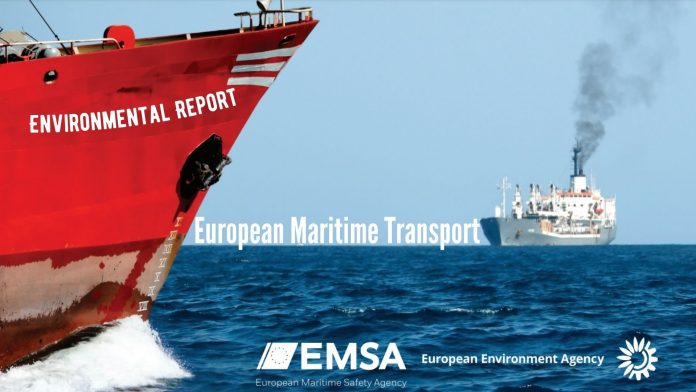 (www.MaritimeCyprus.com) The EMTER report provides a factual analysis of the environmental pressures exerted by the maritime transport sector. It gives up-to-date information on the relevant EU and international environmental standards and describes current and future actions to reduce the sector's impact on our environment.

Maritime transport is an essential element of global trade and the economy and is therefore highly globalised. In the EU, it carries 77 % of external trade and 35 % of intra-EU trade. It’s also an important source of employment in the EU.

Although the maritime sector brings substantial economic and social benefits to the EU, it also has an impact on the environment and the health of EU citizens.

Air emissions from ships can also be detrimental to human health, with the potential to affect the almost 40 % of Europeans living within 50 km of the sea. Emissions from the sector also contribute to water acidifi­cation and changes in nutrient and oxygen levels in the marine environment.

As a result of various onboard combustion and energy transformation processes, most markedly for propulsion and energy production, ships emit various air pollutants into the atmosphere. The main ones are sulphur oxides (SOx), nitrogen oxides (NOx), particulate matter (PM) and carbon monoxide (CO). Other air pollutants emitted by ships vary as a result of the nature of their operation, and include, albeit to a much lesser extent, non-methane volatile organic compounds (NMVOCs) and ozone depleting substances (ODSs). These ship-generated emissions can sometimes be signifi­cant in areas of heavy maritime traffic, and can also travel long distances.

In 2018, the proportion of emissions produced by the waterborne transport sector, including international, domestic and inland water navigation, represented 24 % for NOx, 24 % for SOx and 9 % of PM2.5 of the emissions from all the sectors considered

EMTER: maritime transport and the ocean

In addition, ships create underwater noise. This noise can contribute to loss of hearing in marine species, a reduction in communication between individuals, a potential increase in stress levels and various behavioural changes. Measurements in the last 50 years have shown that noise in the oceans is rapidly increasing, and there is also documented scientifi­c evidence linking noise exposure to a range of harmful effects on marine mammals, sea turtles, fi­sh and invertebrates.

Maritime transport also accounts for the largest proportion of introductions of non-indigenous species in seas around the EU.

Organisms are transported mainly through ballast water (up to 25.5 %) and hull fouling (up to 21.2 %), while other sources, such as dredging, angling or ­shing equipment, account for a minor percentage of introductions. Once established in a new habitat, non-indigenous species can become 'invasive' and have sometimes damaging impacts on local ecosystems.

Oil spills are one of the most concerning sources of marine pollution, as they are difficult to clean up and can last for long periods of time in the marine environment. They can severely pollute marine and coastal habitats, causing damage to the natural environment and the economy. This can also result from inappropriate clean-up operations after an oil spill.

Oil spills can originate from deliberate operational discharges, from negligence, such as poor maintenance of equipment, or from the consequences of an accident or incident, such as a vessel collision or grounding or a pipeline rupture.

However, despite the fact that the quantity of oil transported by sea has been increasing for the past two decades, the number of accidental oil spills in EU waters has been in decline:

You can download the full report below (it will be saved in your downloads folder, 212 pages):