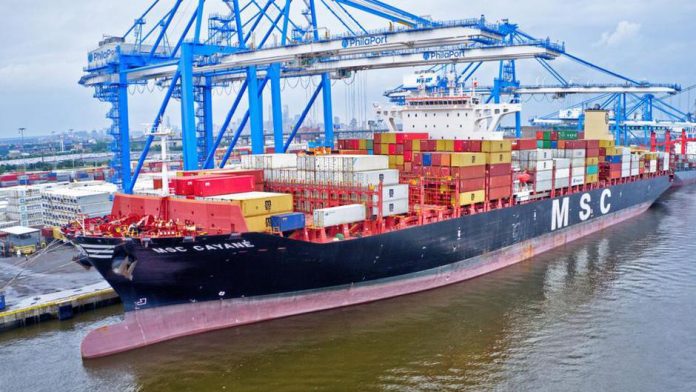 (www.MaritimeCyprus.com) The €1.5 billion seizure was the largest in the history of the US Customs and Border Protection agency.

The U.S. prosecution of crewmembers of the container ship MSC Gayane is finally over. More than two years after a record 20 tons of cocaine worth $1 billion was found aboard the ship when it docked in Philadelphia, eight seafarers have been sentenced to lengthy prison terms. The last defendant, Alexsandar Kavaja, was sentenced Tuesday.

Kavaja’s court docket included a particularly valuable filing: an unsealed government investigation report that paints the most detailed picture yet of how the audacious smuggling operation worked.

Ever since the record-breaking drug bust on June 17, 2019, industry insiders speaking to American Shipper have marveled at the scale of the smuggling operation and wondered aloud how it was carried out. How was that much cocaine — the weight equivalent of three fully grown male African elephants — sneaked onto one ship when it was underway at sea, not berthed in port? Given the inherently close quarters of shipboard accommodations, how did more of the crew, and for that matter, the captain, not know what was going on?

How did the conspirators know exactly which containers to hide the cocaine in so drugs would not be unloaded in the wrong port? And was the drug operation that got busted preceded by one that worked?

The government investigation report, together with additional disclosures in the court docket of Kavaja and other recently sentenced crew, provide more answers. 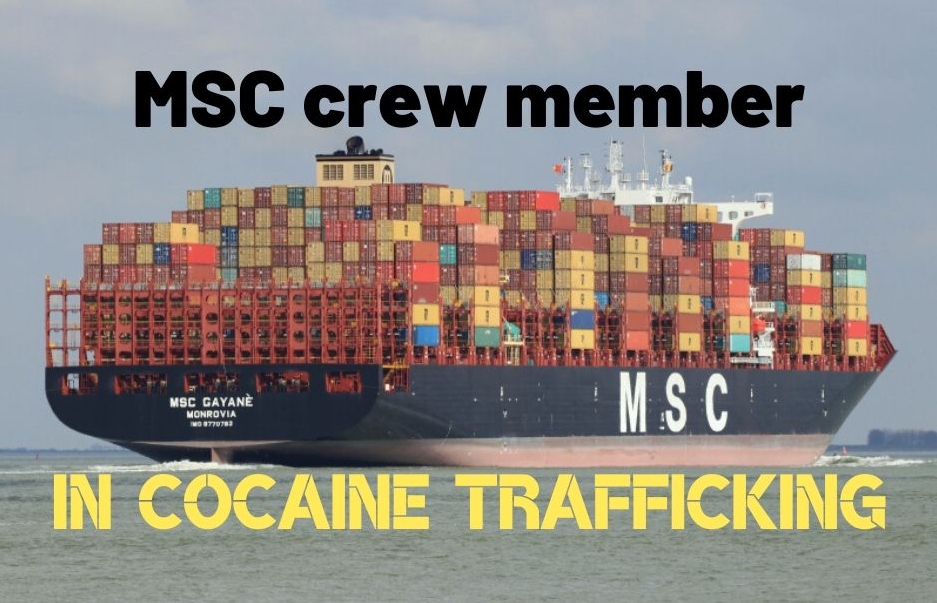 Kavaja joined the vessel in Antwerp, Belgium, in late April 2019. Prior to boarding, he said he “was approached outside a café in Montenegro by individuals who knew of his upcoming voyage” and recruited him into the operation.

After these four conspirators were at sea aboard the MSC Gayane, they used “narco phones” (assumedly referring to encrypted instant messaging devices) to communicate with co-conspirators on land.

Of the 22 crew on the ship, more than a third admitted to being involved in the operation and were convicted.

Prosecutors were vague on involvement of any of the other 14 seafarers. They said “at least” eight crew were involved and that “there was insufficient evidence to charge the captain or other crewmembers.”

The MSC Gayane — a large 2018-built “Neopanamax”-class ship with capacity to carry 11,600 twenty-foot equivalent units — traveled west from Europe across the Atlantic, through the Panama Canal and down the western coast of South America. As it sailed southward after transiting the canal, it was met on multiple occasions in the Pacific at night by speedboats.

Smugglers in the speedboats loaded duffel bags full of cocaine bricks into nets that were lifted aboard by the crane at the ship’s aft that is used to load stores. Ilic operated the crane. Penda, Bojevic, Pulu and Tiasaga unloaded the duffel bags and helped hide the drugs alongside legitimate cargo inside containers.

Markovic, a 19-year veteran of seafaring, was in charge of the cargo plan and knew which containers would unload at which ports. Markovic and Durasevic were charged with watchkeeping duties.

According to Kavaja’s sentencing filing, his main role “was to relay information back to organizers [on land] via narco phones regarding which containers were heading to which locations.”

The cocaine load was bound for Europe but before the ship could head back across the Atlantic, it had to call in Peru, then head south to Chile, where it turned north and went back through the canal, calling after that in the Bahamas and Philadelphia.

Once containers are locked, a seal is attached to ensure they aren’t tampered with. The gang had a cache of fake seals. The original seal was broken and after cocaine was hidden in a container, a fake seal was attached.

Investigators said that the smugglers initially loaded all the cocaine brought aboard during the southbound run into a single container destined for Chile, which was chosen “to get through Peru because only those containers coming off in Peru would be inspected.”

The MSC Gayane was again met by speedboats in the night on the northbound run between Peru and Panama and more cocaine was brought aboard using the crane prior to the ship entering the Panama Canal on its return leg.

The record bust in Philadelphia

When the MSC Gayane arrived at Philadelphia’s Packer Marine Terminal, it was met by agents of Homeland Security Investigations (HSI), Customs and Border Protection, the Coast Guard, state police from Pennsylvania and Delaware, and city police from Philadelphia.

While there is no information in the court dockets on whether authorities were tipped off, the scale of the welcoming committee effectively confirms they were.

“Ilic admitted … that he threw a narco phone in the ocean when he saw law enforcement approach the ship in Delaware Bay,” said the investigation report.

Searching the ship, authorities discovered seven containers with “suspicious seals.” They found 19.76 tons of cocaine in those seven boxes.

The voyage before the bust

Was there also cocaine smuggled aboard the MSC Gayane on the prior voyage — an operation that successfully delivered the goods?

Prosecutors stated in court documents that the MSC Gayane was met by speedboats “beginning in early 2019.” But the voyage that ended in the drug bust didn’t begin its westbound trek across the Atlantic until April 27 and it wouldn’t have reached the Pacific, where drugs were loaded, until mid-May.

An affidavit written by an HSI investigator (that is sealed but was leaked online shortly after the bust) stated, “According to Tiasaga, on a previous voyage … Durasevic approached him and asked him to help with a job, which proved to be assisting Durasevic load large quantities of cocaine onboard the vessel. For his assistance on the previous voyage, Tiasaga was paid approximately 50,000 euros [$56,000 in 2019]. On this current voyage, Durasevic approached Tiasaga again.”

Tiasaga boarded the MSC Guyane on Dec. 5, 2018, in Antwerp, i.e., a previous voyage to the one that was raided by law enforcement. Durasevic boarded on Jan. 4, 2019, in Balboa, Panama, in the middle of the same voyage that Tiasaga boarded and at a time that aligns with prosecutors’ “early 2019” comment. (Ilic and Pulu were also on the ship during that earlier sailing.)

When agents swarmed the ship in Philadelphia, they found a stack of 50-euro notes hidden in a carton of cigarettes in Tiasaga’s cabin. According to the investigation report, “Tiasaga informed agents that the money was a partial payment for helping bring cocaine on board the ship on a previous voyage.”