(www.MaritimeCyprus.com) Illicit drug producers continue to develop complex trafficking patterns, targeting commercial vessels and their crew to transit their supply through multiple stopover and transit points. The safety of the vessel, crew and their families can be at risk, and despite the existence of IMO Frameworks to protect crew when under investigation, unknowing seafarers and masters have been detained for extended periods of time in relation to drug trafficking incidents. It is imperative that the appropriate measures are employed and enforced rigorously to mitigate the likelihood and risk of being targeted by these drug trafficking syndicates. 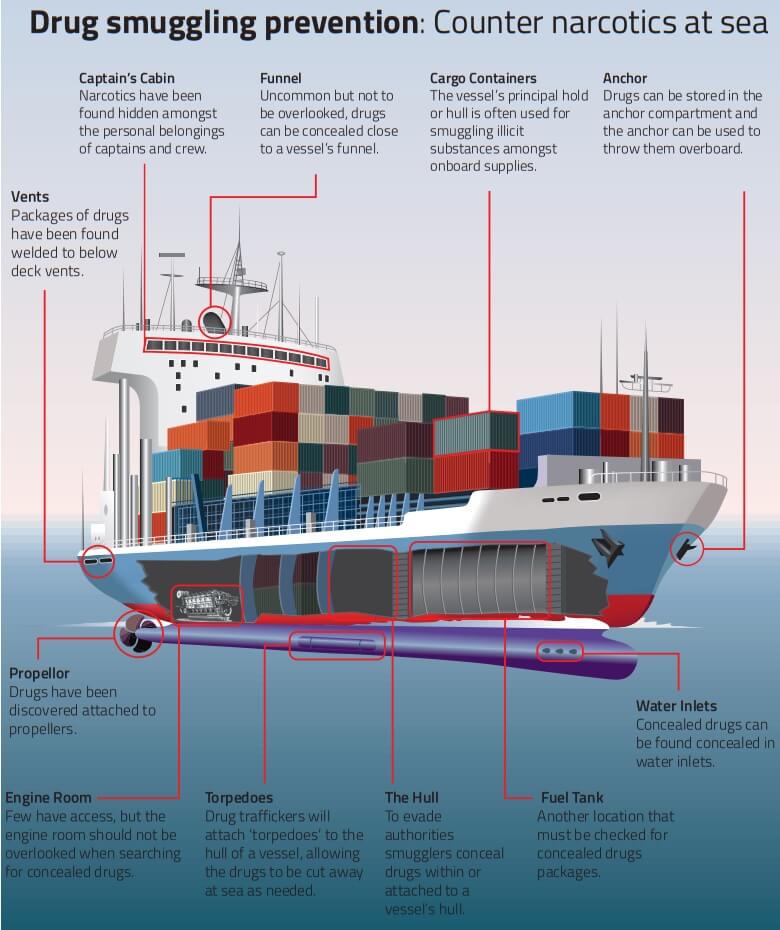 The globalised nature of drug-smuggling operations makes vessels possible targets across Africa, Europe, North America and Asia, operating out of areas which may not be directly affiliated with drug production.

In 2017 both global seizures of cocaine rose to 1,275 tons, the largest quantity ever reported, and cocaine manufacturing reached an all-time high, estimated at some 1,976 tons. Europe has seen record figures in cannabis herb seizures and significant increases in amphetamine seizures, while figures out of The United States suggest increases in methamphetamine, heroine and fentanyl seizures at border posts from 2016 through to 2018. The effects of COVID-19 on the drug trafficking industry are yet to be determined, but greater levels of unemployment, financial insecurity and isolation alongside declining mental health is likely to grow the global market.

Dryad Global has prepared a guidance paper to mitigate the smuggling of drugs on commercial vessels. You can download it below: 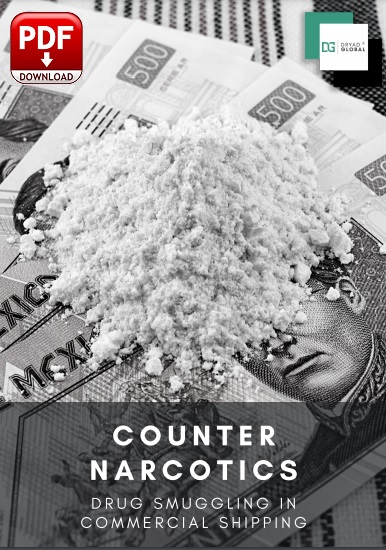