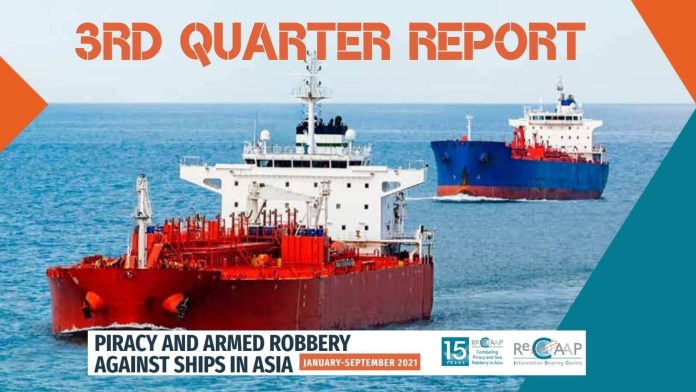 (www.MaritimeCyprus.com) The Regional Cooperation Agreement on Combating Piracy and Armed Robbery against Ships in Asia (ReCAAP) has released its statistics on piracy and sea robbery in Asia for January-September this year.

Areas of concern during January-September 2021 were:

(b) Manila Anchorage Areas in the Philippines and

(a) In the Singapore Strait, armed robbery against ships continued to occur. A total of 26 incidents reported during January-September 2021 compared to 22 incidents during the same period in 2020.