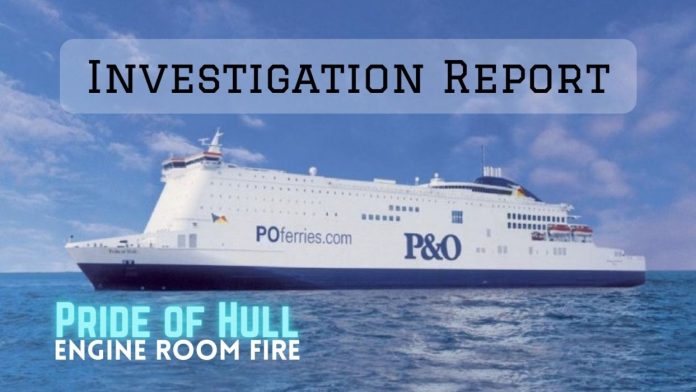 (www.MaritimeCyprus.com) The fire broke out in the engine room as the ferry sailed from Hull to Rotterdam on 20 October 2020, carrying 264 passengers and crew. The BMA has published a marine safety investigation report.

On 20 October 2020, the ro-ro passenger ferry Pride of Hull was outbound in the Humber
Estuary, UK, when a fire was detected in the vicinity of the thermal oil circulation pumps,
part of the vessel’s heat reclamation and transfer system. Shortly afterwards, the vessel
lost electrical power and propulsion but used the remaining headway to anchor safely.

The vessel’s Hi-Fog fire suppression system activated automatically but did not operate
as anticipated and could not control the fire, which was extinguished using the vessel’s
fixed CO2 system. The vessel returned to port, under its own power, the next day.
No one was hurt, damage was limited and there was no pollution.

Assessment of the fire suppression system identified that the system’s effectiveness
was compromised by pump output when multiple zones were activated and its
dependence on a domestic freshwater pump to maintain supply for longer than two
minutes. Additionally, the system’s pumps were not connected to the emergency
switchboard and therefore stopped when the vessel lost electrical power. These
limitations were compliant with requirements but were not reflected in emergency
response guidance. 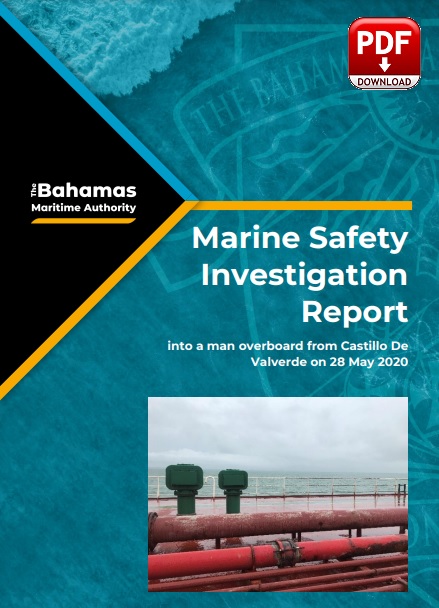