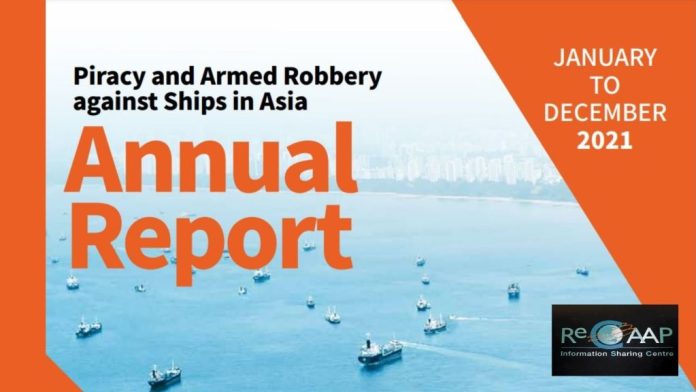 There was a total of 82 incidents of armed robbery against ships reported in Asia in 2021, comprising 77 actual incidents and 5 attempted incidents. This represents a decrease of 15% compared to 2020. There was no piracy incident in 2021.

The improvement can be attributed to the decrease of incidents across many countries and locations, namely, Bangladesh, India, Indonesia, Malaysia, the Philippines, Vietnam, South China Sea and Sulu-Celebes Seas.

There was zero incident in Bangladesh, South China Sea as well as the Sulu-Celebes Seas. This is an encouraging development. 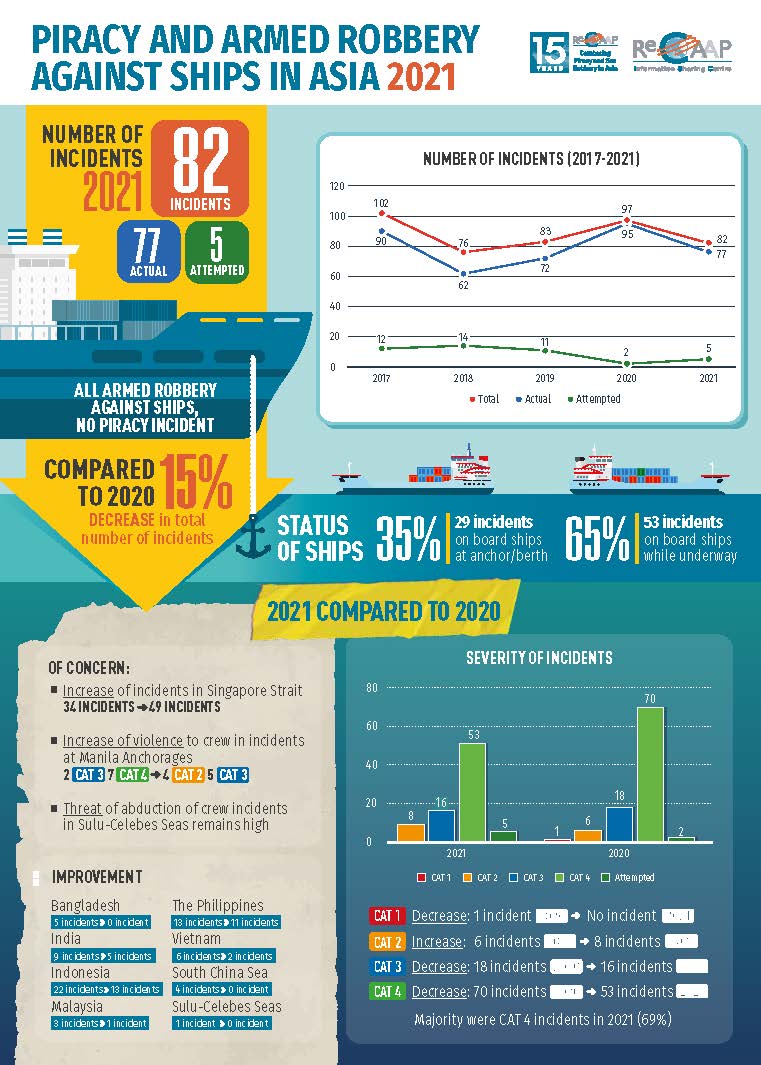 There were three areas of concern in 2021.

An increase of number of incidents in the Singapore Strait from 34 incidents in 2020 to 49 incidents in 2021, although the level of severity was not high. As the perpetrators have not been arrested, there is a possibility that such incidents continue to occur.

An increase of violence level towards crew at the Manila Anchorages. Out of 9 incidents, 4 incidents involved perpetrators armed with gun/knife and threatened the crew and tied them up. The Philippine authorities arrested the leader and members of a criminal group in September and November. No incident has been reported since September 2021. 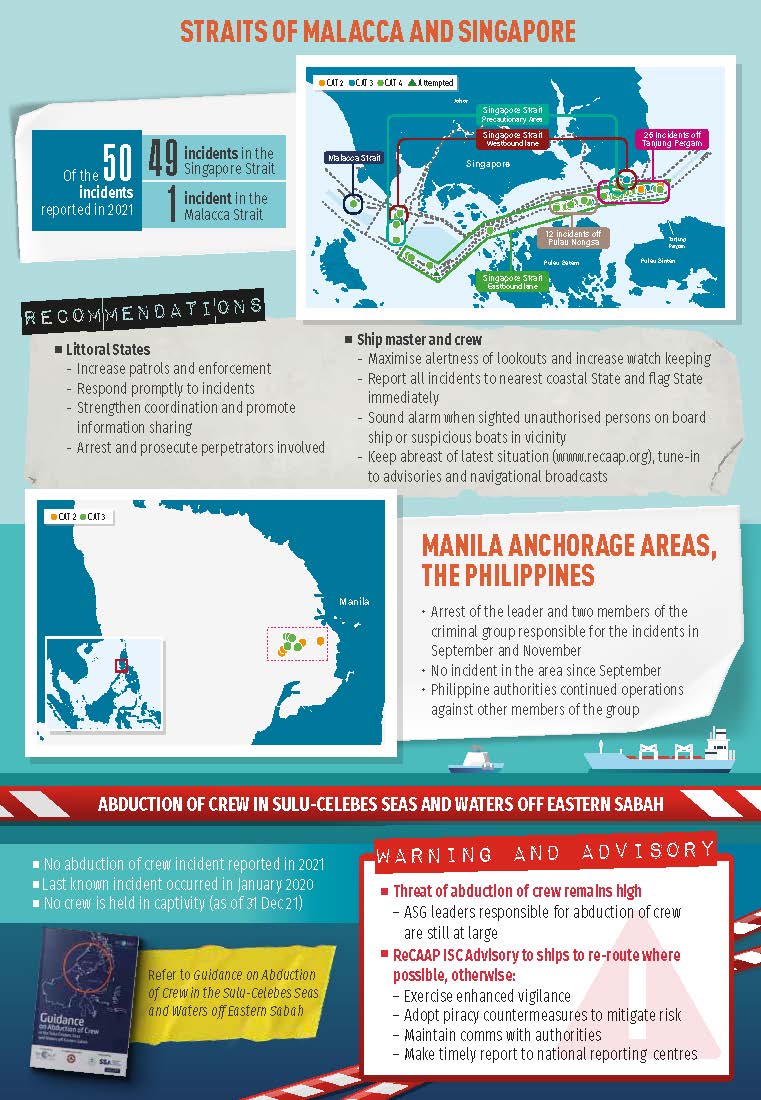 “While the overall piracy and armed robbery situation in Asia has improved in 2021, continued vigilance and collective efforts of all stakeholders are the key to making further improvement. To the coastal States, we recommend increased patrols and effective law enforcement as well as close cooperation between littoral states. Arrest of perpetrators is important to send the message that coastal States take sea robberies seriously. On the part of ships, they are reminded to report any incidents to the coastal States in a timely manner,” said Mr. Masafumi Kuroki, Executive Director of ReCAAP ISC.

The key points of the Annual Report 2021 will be shared with the maritime community at the virtual Nautical Forum to be organised by the Centre this afternoon. Into its 13th run, the aim of the Nautical Forum is for the Centre to engage the 21 Contracting Parties of ReCAAP as well as the shipping industry, diplomatic community, government agencies and academia on the key trends of the piracy and sea robbery incidents in Asia.