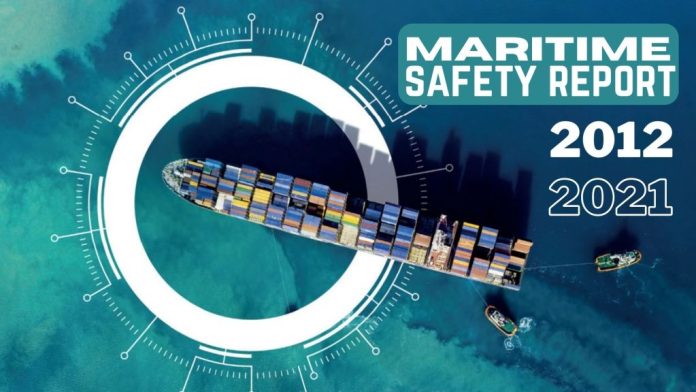 (www.MaritimeCyprus.com) The decline in the number of vessel casualties and losses over the past decade is testament to the shipping industry’s efforts to improve safety standards towards the overarching goal of safeguarding life, property, and the environment. Knut Ørbeck-Nilssen, CEO Maritime, DNV.

The increase in 2013 was attributable mostly to passenger vessels and the ‘other’ group of vessel types previously mentioned in this article. General cargo and bulk carriers were behind most of the 2014 growth in numbers. In the peak year 2017, most of the increase was evenly spread between general cargo, container carriers and ‘other’ vessels.

As mentioned above, the world fleet has grown substantially over the period. When the total number of casualties is divided by the total fleet number each year to arrive at an incident rate, you get a slightly different perspective of the development. The incident rate rose from 1.7% in 2012 to 2.0% in 2014. In the peak casualty year 2017, the incident rate was lower than in 2014, at 1.9%. After that, the rate declined to 1.7% in 2020.

Hull and machinery damages were the most common causes of casualty. They accounted
for close to half (48%) of all casualties recorded over the near 10-year period. Hull damages only represented 5%, so machinery damage was the much bigger problem.

The incidence of hull and machinery damage peaked in 2017, when the numbers increased by 153 from the previous year. That was the largest year-on-year increase for the period. The damage reports increased notably in the years 2013, 2014 and 2017. In all three years, it was casualties classified as ‘non-serious’ that accounted for much of the increase.

The number of serious machinery damages increased between 2014 and 2019. Ships that were wrecked, stranded, or involved in collisions were relatively few in 2012-13. The peak number was reached in 2014. The numbers remained more or less steady 2015-2018. In 2019, wrecked and stranded vessels decreased noticeably, while the number of collisions showed a marked decline in 2020.

Foundering refers to vessels that submerge, capsize, and/or sink. Data for 2021 only covers the period until midAugust, but indications show numbers are about 12% higher than for the same period in 2020 and slightly higher than in 2019. They are higher for hull and machinery, and on par or lower for the rest. However, this should be treated as a statistical indication, not definitive.

General cargo carrier casualties averaged 550 per year, which is the highest among vessel type sectors. The casualty numbers were lower in 2019 due to fewer collisions and machinery damage. Hull and machinery damage accounted for about half of them, followed by wrecked and stranded (20%).

There were 714 reported collisions which equals 13% of the total number of casualties over the period. Eight percent of the casualties were ‘contacts’. The incident rate for general cargo carriers was above the fleet average. The peak was in 2014 at 3.6%; 2017 was also a year in which the rate was above average, at 3.5%. Since then, the rate has declined and last year it was 2.8%, slightly above the rate in 2019.

The bulk carrier casualties hovered around 314 per year. The highest number was in 2016 when 347 casualties were recorded. They were lower in 2018, mainly due to fewer wrecked and stranded vessels. The numbers increased in 2020, primarily due to more hull and machinery damage. Hull/machinery damage and wrecked/stranded accounted for 66% of all casualties over the near 10-year period.

The number of collisions represented 9% of total bulk carrier casualties. The incident rate for bulk carriers was lower than that for general cargo carriers but higher than the total fleet average. The incident rates reached 3.0% in 2014, 2015 and 2017, but the peak year was in 2016 at 3.1%. In 2018 to 2020, the annual rate was 2.6%. A reduction in the number of collisions, wrecked and stranded vessels contributed the most to the lower figures.

There were 4,515 casualties recorded for the period, giving an average of 463 per year. The peak was reached in 2019, largely due to an exceptionally high number of hull and machinery damage compared to the other years. The following year, the number dropped significantly, which is not surprising since passenger vessel activity dropped markedly due to the pandemic.

Hull and machinery damage accounted for 58% of all passenger vessel casualties, which is the highest share of all vessel type sectors in this report. ‘Contact’ was also a common casualty cause for passenger vessels, at 14%. This is a high share, second only to the roro sector. The other causes all came in at a share of 10% or lower of the total number.

The passenger and ferry sector showed the highest incident rate of all sectors in this report. The average per year was 4.6%. The highest rate was recorded in 2019 and the l lowest in the low (pandemic) activity year 2020.

Hull and machinery damage was the most common casualty cause, as with all other  sectors, but the share was 40% which is the lowest of all sectors in this report. The share of fire and explosion was the highest of the vessel sectors, accounting for 15% of the reports. ‘Contact’, on the other hand, was at the other end of the scale at 7%.

This is a large fleet of ships which at end of August 2021 counted in excess of 64,000 vessels. From this, it follows that the incident rates were by far the lowest of all sectors, at an average of just 0.7%. This is probably not due to a supreme performance compared with other ship sectors, but rather due to a combination of lower activity for many ships and the fact that a high number of barges and pontoons are non-propelled and therefore will not sustain machinery damage.

There could also be an element of under reporting, but this is difficult to establish. 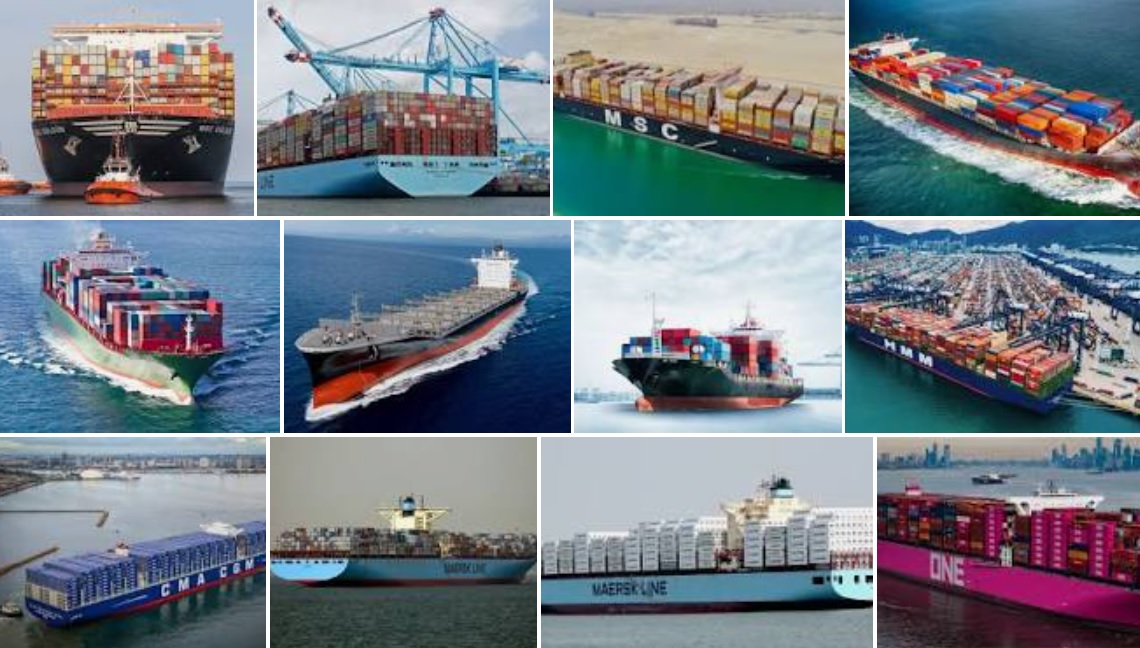 The container carrier casualty reports counted 163 per year on average. The highest was in 2020 when hull & machinery damage and ‘contact’ increased. Years with lower number of reports were 2016 and 2019.

The incident rate is not showing any indications of a declining path when seen in relation to the number of ships. However, If the rate is instead related to the fleet TEU, then the rate has come down.

There were on average 72 roro casualties per year. That included the specialised pure car and truck carriers. The peak year was 2014, and high numbers were also registered in 2019. The number of hull and machinery damage varied significantly between years, but for the near 10-year period they accounted for 46% of casualties for this sector.

Collisions and ‘contact’ were the causes of almost one third of casualties. As with ferries, roro vessels have a high port call frequency which may contribute to a relatively higher share of these two casualty causes.

The incident rate was above the world fleet average, at 3.6% measured in numbers. Years with higher rates were 2014 and 2019.

Gas carrier casualty reports were few, with an average of 25 per year, but the fleet is also relatively small. At end of August 2021, the fleet comprised 2,229 ships. The most common
casualty causes were hull and machinery damage, collisions, and fire/explosion. Together, these causes accounted for 84% of casualties. The incident rate was below world fleet average and remained unchanged 2018-2020 at 1.2%. More than half of casualty reports come in from locations in Europe. This may not reflect the entire picture, assuming a degree of under reporting from some areas outside of Europe.

For even more interesting facts and figures you can download the full report from DNV, below: