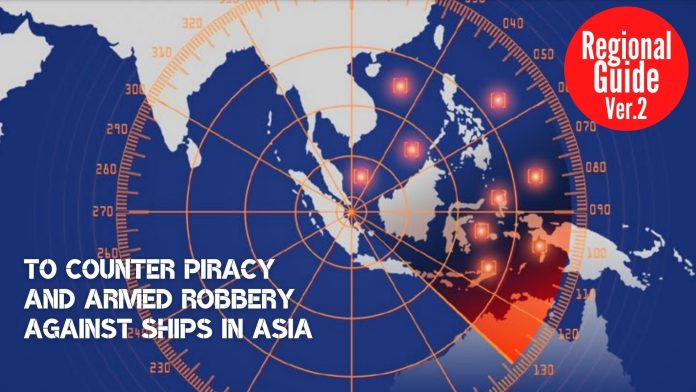 (www.MaritimeCyprus.com) Piracy and armed robbery in the Asian region has been evolving over time. It should be noted that piracy and armed robbery in Asia differs significantly from that of Somalia-based piracy. While Somalian-based pirates generally attacked ships in order to hijack them and then hold the crew for ransom, the type of criminal activity occurring in Asian waters generally revolves around theft of personal property and hijacking of ships for the purpose of cargo theft. Although the common modus operandi in the region has not changed significantly in the last decade, there were some trends in recent years which have attracted attention. A new regional guide (Ver.2) was jointly published to help operators avoiding attacks of piracy and armed robbery against ships in Asia.

Piracy and armed robbery against ships in Asia varies in approach, so it is difficult to predict the area where a ship might fall victim to piracy or armed robbery. The IFC Voluntary Reporting Area (VRA) is a clearly defined voluntary reporting area, so ship operators and ships transiting, trading or operating in Asia can join a trusted reporting scheme. The IFC encourages ships in the VRA to report to IFC using the reporting format described in Marsec Charts Q6112 and Q6113 when entering the VRA

Ships should be alert when operating in areas of concern, particularly when they slow down, stop or anchor in areas where attacks are known to occur.

The guide splits criminal activity within Asia into the following categories:

Armed Robbery – In general this is opportunistic, sometimes violent, and occurs where ships are in coastal waters. Ships are particularly vulnerable when at anchor or when the bridge team are involved in navigating through congested waters and island groups. Theft whilst underway occurs in the SOMS, particularly those in the eastern approaches in the Singapore Strait and the South China Sea.

Hijacking – The primary intent is the theft of oil cargo and it is noted that, regionally, these attacks are often referred to as siphoning incidents. Attacks have normally occurred during hours of darkness. They occur primarily in the southern region of the South China Sea; however, several attacks have occurred in the Malacca Strait

Methodology – Unlike pirates in the Gulf of Aden and West Africa whom are known to use high speed skiffs and long ladders in boarding ships, the perpetrators in Asia often adopt the profile of fishing boats to avoid being noticed and use a variety of tools including poles, hooks and lines to board ships. Additionally, due to the distances involved, the use of motherships has not become widespread.

The guide strongly recommended that ship operators adopt the following company planning procedures when operating in the region. Prior to entering the area:

The following important advice should be noted:

• Communications with external parties should be kept to a minimum, with close attention paid to organising rendezvous points and waiting positions. For e-mail correspondence to Agents, Charterers, Chandlers etc. it is strongly recommended that address lists are controlled and that information within the e-mail is concise, containing the minimum that is legally required in order to fulfil requirements or contractual obligations.

• Know your agents and avoid or minimize requirements where possible. Unnecessary interaction with other parties creates opportunities for information regarding the ship’s position to be compromised.

• If the ship trades regularly in the region it is recommended to make varied arrangements whenever possible to make it difficult for criminals to predict where operations or voyage might take place.

This Regional Guide (Version 2) includes updated information such as the modus operandi for the different types of perpetrators and contact details of the relevant agencies. It is designed to assist the Owner/Operator/Master and crew operating in Asia to adopt the appropriate measures to avoid, deter or delay attacks and unauthorised boardings. This Guide complements information provided by the IMO, particularly the reporting of incidents to the nearest coastal State and flag State as stipulated in the MSC.1 Circular 1333/Rev.1 and Circular 1334 (refer to Annex B of this Guide). 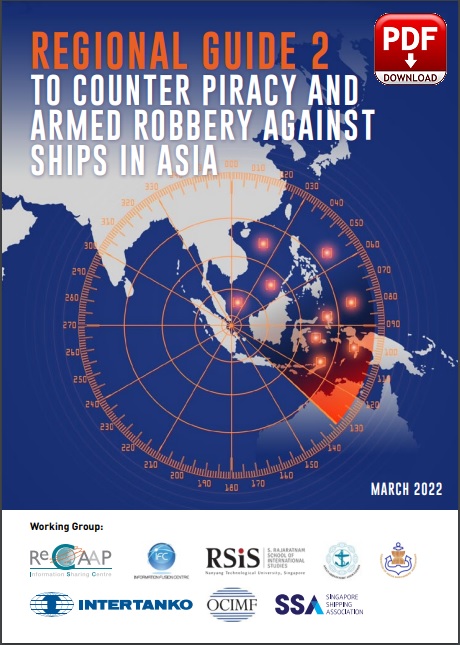