(www.MaritimeCyprus.com) On 16 March 1867, a group of 600 shipowners, shipbuilders and insurers met in the big hall of the Hamburg Stock Exchange on the occasion of the founding convention of Germanischer Lloyd. On behalf of the founding committee, the merchant and shipowner August Behn signed the statute of the young institution. The founding committee consisted of representatives of shipowners J. C. Godeffroy & Sohn, A. J. Schön & Co., A. J. Hertz & Söhne, as well as R. M. Sloman. The new society was founded as a non-profit association based in Hamburg.

First classifications were based on construction rules developed by Friedrich Schüler, a shipbuilder from Stettin-Grabow, Prussia (later the German Empire). GL's first international ship classification register from 1868 reports 273 classed ships – 26 of them under a foreign flag. In 1877, ten times more classed ships were registered. As a consequence, the surveyor network extended rapidly. By 1869, GL had surveyors in a dozen German seaports and outside Germany in St.Petersburg, Copenhagen, London, Liverpool, Amsterdam, Istanbul, Swatow, Amoy, Penang, and Singapore.

Iron and steam ships became more and more popular, slowly replacing wooden sailing vessels. After years of economic difficulties, Imperial Chancellor Bismarck took charge of the situation by announcing a commission. Its advice: The association ought to turn into a public company. The change was finalised at a general assembly which took place on 5 October 1889.

In 1894 as the economic situation improved, Germanischer Lloyd decided to extend its service by teaming up with the German maritime authority See-Berufsgenossenschaft (SeeBG), which was founded in 1887. While the SeeBG issued rules for accident prevention and checked for their compliance, GL provided support as technical adviser. The collaboration between both parties has lasted until today.

As a classification society, Germanischer Lloyd has always focused on ship safety. The importance of the subject became clear with the Titanic disaster in 1912. Two years later, a GL director attended the "Titanic" conference as a representative of the German government. At this point, 10 per cent of the world's merchant fleet was classed by Germanischer Lloyd. The First World War, however, was a severe set-back.

International relationships were discontinued and foreign ships changed class. After the war things started to improve again. By 1939, the register contained 4.7 million GRT (gross register tons). Then the Second World War left its mark: the headquarters was destroyed, offices bombed out, and overseas agencies lost. Most files were abolished or confiscated. The Allied Control Council eventually allowed advocates from the shipping, shipbuilding, and ship insurance industry to obtain a temporary licence for the company; it became permanent in 1948. Following the war, Germany's economic recovery led to rapid development: within seven years the classed tonnage increased from 400,000 to three million GT.

The company continued to grow. Large-capacity computers enabled the design and construction of bigger and more modern ships. Container ships were developed to satisfy the increasing consumer demand for goods. These open vessels were a lot more vulnerable to torsion and a particular challenge for design engineers. GL invested in research resulting in new construction rules for container ships.

On 11 Sept 1968 IACS was founded at a meeting at the office of Germanischer Lloyd in
Hamburg by:

At the beginning of the 1970s, offshore technology became an important field of activity for Germanischer Lloyd. In 1973, working on behalf of the German Federal Ministry of Research and Technology, the society surveyed the construction of the research platform “North Sea and supervised its installation to the north-west of the German island Helgoland. GL was also involved in the installation of the first German oil production platforms “Mittelplate, located in the Wadden Sea, and Schwedeneck, located in the Baltic Sea at the German Bight off Kiel, Germany.

In 1977, wind energy was introduced as a new business segment. This diversification, originally started in the 1960s, prevented the society from being severely affected by the shipbuilding crisis in the first half of the 1980s.

In the autumn of 2006, French rival Bureau Veritas launched a hostile takeover bid, but this was defeated through the support of Hamburg-based entrepreneur Günter Herz. Subsequently, 100% of the shares of the company had been acquired by the Herz family office Mayfair.

Before the merger, Germanischer Lloyd served from a global network of 176 offices in 80 countries, employing some 7,000 people. 124 flag states had authorized GL to perform statutory duties. According to annually published Port State Control statistics, Germanischer Lloyd has been ranking amongst the top classification societies.
After the acquisition of GL by Günter Herz, the group expanded its activities in the energy markets. The acquisitions of Advantica (UK) in 2007 and Trident (Malaysia) in 2008 has broadened the service scope to consultancy services in the oil and gas sectors. The merger with Noble Denton (UK) in 2009 further expanded its activities in offshore technical services and the acquisitions of PVI (Canada) in 2007, MCS (US) in 2008, and IRS (Singapore) in 2009 grew its inspection business.
In the oil & gas business segment Germanischer Lloyd's range of services then covered all major asset types including oil and gas exploration and production assets like rigs, drill ships or FPSOs, storage facilities, subsea technology, LNG terminals, and pipelines, as well as gas, electricity, and water distribution networks. The Group offers certification, inspection, and consulting services as well as software for the installation, operation, and decommissioning phase. Typical projects were owners engineering services, marine warranty services, due diligence studies, risk & safety work, integrity management, flow assurance studies, front end engineering services, or third party certification work. As of 1 January 2010 the oil and gas business operates under the brand GL Noble Denton.
In the renewables segment, GL acquired Helimax (Canada) in 2007, Windtest (Germany) in 2008 and merged with Garrad Hassan (UK) in 2009 making it the world's largest renewable energy consultancy with more than 600 dedicated engineers providing technical consulting services to the onshore and offshore wind, wave, tidal, and solar industries. It is active in 18 countries with major bases in the UK, US, Canada, Germany, Spain, Denmark, Italy, India, and China.
The new renewables business, GL Garrad Hassan, has Andrew Garrad, the cofounder of Garrad Hassan as its president. Its services included wind turbine type certification, design consultancy, energy yield assessments, project management, site assessments, permitting, front end engineering, due diligence, software for wind parks, solar plants and turbine design, wind and solar forecasting, and renewable plant operations improvement services. 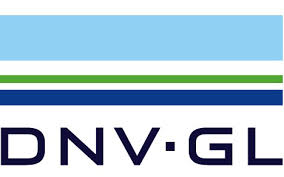 GL ceased to exist as an independent entity in September 2013 as a result of its merger with Norway's DNV (Det Norske Veritas) to become DNV GL. In March 2021, DNV GL was renamed to DNV. 154 years after founding, GERMANISCHER LLOYD finally disappears.