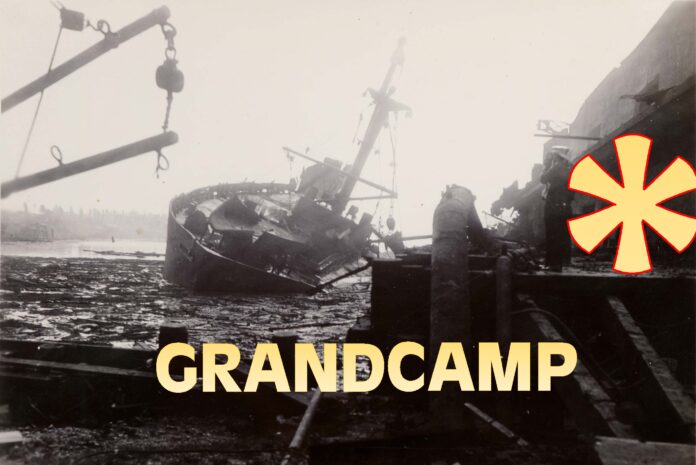 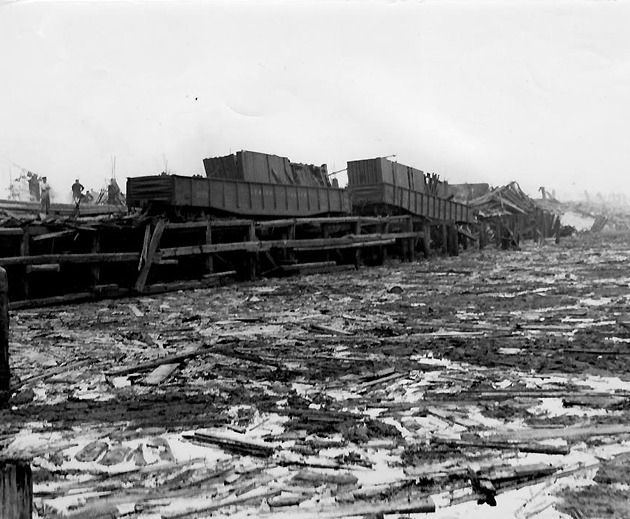 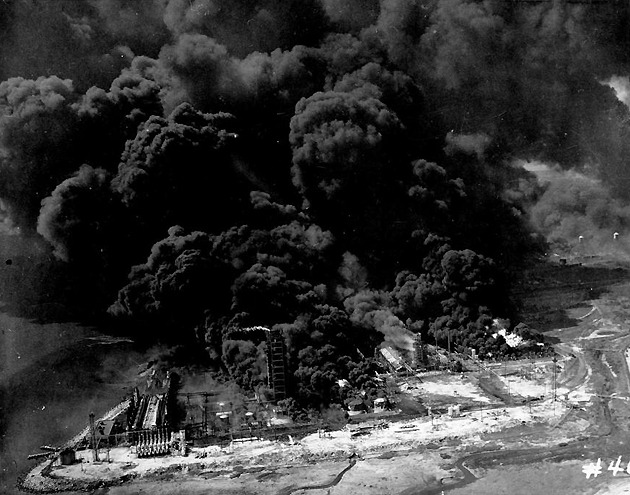 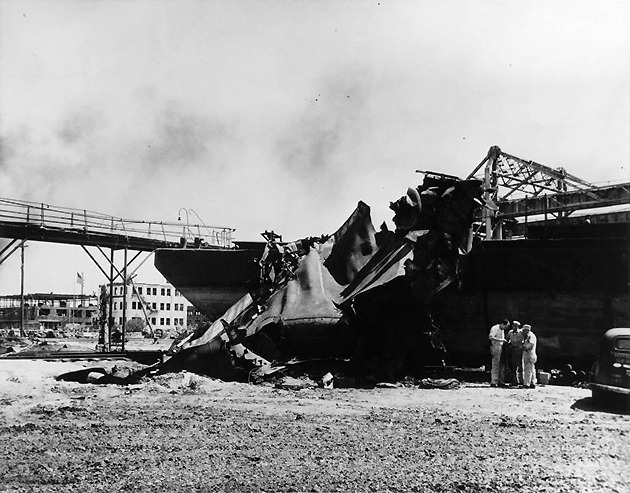 The blast registered on a seismograph as far away as Denver, Colorado. Dockworker Pete Suderman remembers flying thirty feet as the blast carried him and several of the dock’s three-inch wooden planks across the pier. Nattie Morrow was in her home with her two children and sister-in-law Sadie. She watched the billowing smoke near the Monsanto plant from her back porch just prior to the blast. “Suddenly a thundering boom sounded, and seconds later the door ripped off its facing, skidded across the kitchen floor, and slammed down onto the table where I sat with the baby. The house toppled to one side and sat off its piers at a crazy angle. Broken glass filled the air, and we didn’t know what was happening.” 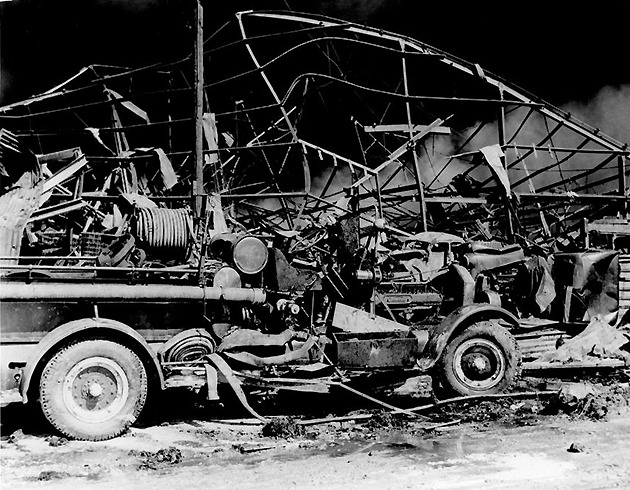 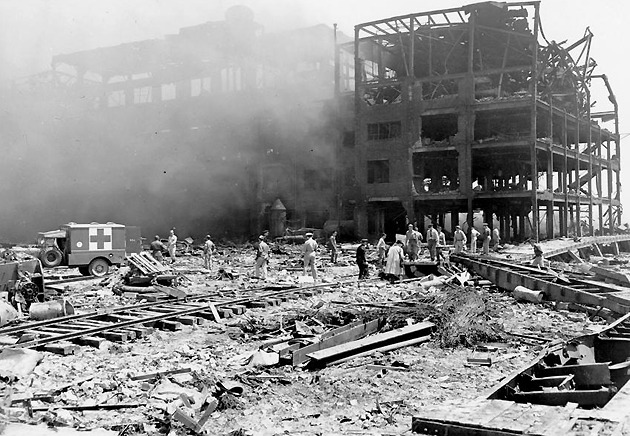 The cities of Galveston, Houston and San Antonio sent policemen to assist the Texas City Police Department in maintaining order after the explosion. The U.S. Army flew in blood plasma, gas masks, food, and other supplies, provided bull-dozers to begin clearing the wreckage, and set up temporary housing for the survivors at Camp Wallace in Hitchcock. The Red Cross, Salvation Army and the Boy and Girl Scouts of America sent a flood of volunteers who provided first aid, food, water and comfort to city residents. Volunteers from other local organizations — and others who were not part of any organization — felt compelled to offer what help they could.