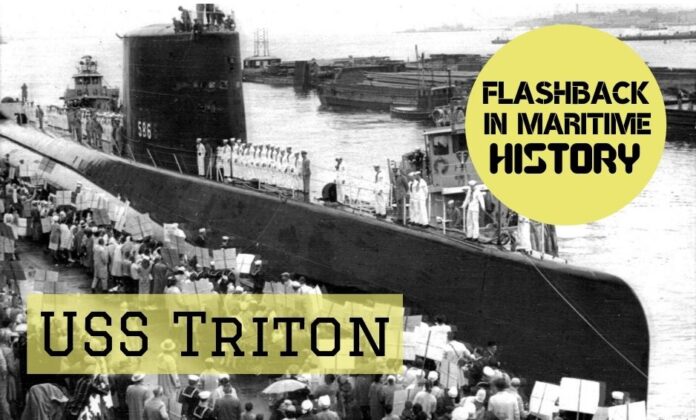 One surprising fact about submarines is that for decades they spent more time on the surface of the ocean than underneath. From the earliest subs to those built in the immediate postwar years, submarines were powered by air-breathing diesel engines. Submarines would cruise on the surface, searching for targets, and then submerge and operate off lead acid batteries to make their torpedo attacks. Submarines were built to be faster on the surface of the water than under the surface, typically making 20 knots surfaced and only about 10 knots submerged.
Nuclear power changed everything. Nuclear power didn’t need air to help power the submarine, meaning that a nuclear submarine could operate submerged indefinitely. As a result, the shape of submarines went from the chunky u-boat types subs to smooth, tuna-like hulls that greatly increased hydrodynamic efficiency. The combination of a more efficient hull and nuclear power made for quieter, faster subs capable of traveling three times faster underwater than their predecessors.
Operation Sandblast was the U.S. Navy’s demonstration of the superiority of nuclear power. USS Triton (SSRN 586), a nuclear-powered radar picket submarine, was at 447 feet long the largest submarine ever built at the time. Designed to sail to remote locations near the Soviet Union and use its radar to search for signs of nuclear attack, Triton was also the fastest submarine ever built.
Triton left her home port in New London, Connecticut, on February 16, 1960 and proceeded on a path largely inspired by Portuguese explorer Ferdinand Magellan. Triton crossed the globe in 60 days, returning to New London on April 25. The submarine’s circumnavigation route was a total of 26,723 nautical miles, though the sub actually sailed a total of 36,000 nautical miles over 85 days overall.