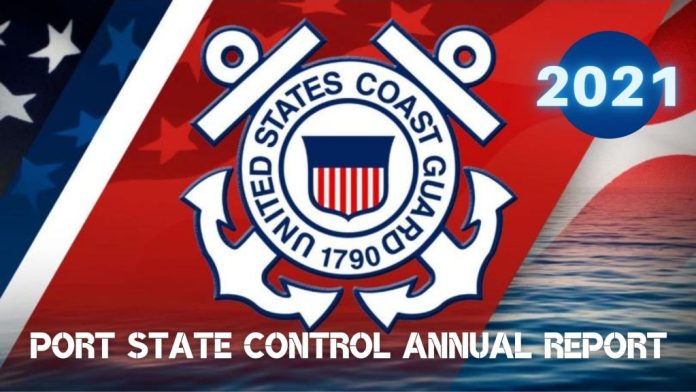 (www.MaritimeCyprus.com) The United States Coast Guard’s Office of Commercial Vessel Compliance has released its 2021 annual report over US port state controls. The aim of the report is to “provide the global maritime industry key statistics and compliance trends in relation to compliance with U.S. and international regulations, such as the Safety of Life at Sea (SOLAS), International Convention for the Prevention of Pollution from Ships (MARPOL), and the International Ship and Port Facility Security Code (ISPS).”

A few key findings discussed in the report:

In 2021, a total of 10,945 individual vessels, from 81 different flag administrations, made 73,974 port calls to the U.S. 8,663 PSC exams were conducted. Despite the ongoing global pandemic, these exam numbers increased over the 2020 total of 7,383 and have surpassed the 2019 pre-pandemic total of 8,622. The total number of ships detained in 2021 for environmental protection, safety, and security related deficiencies increased from 57 to 63. 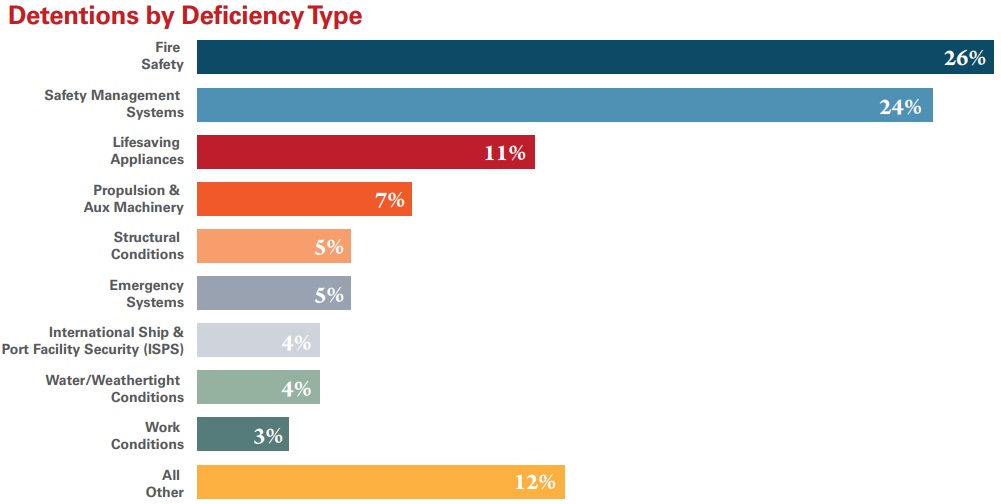 In 2020, the Coast Guard combined safety and security compliance performance for all program measures. Flag Administration performance for 2021 dropped slightly with the overall annual detention rate decreasing from 0.77% to 0.73%. Additionally, the three-year rolling detention ratio decreased from 1.02% to 0.87%.

Barbados, Cook Islands, Liberia, Malta, and the Philippines were removed from the Targeted Flag List this year.

In 2021, the Coast Guard received a total of twenty-four appeals. Ten appeals challenged the overall merits of the detention. For those merit appeals, one was granted, seven were denied, and two are still being adjudicated at the time of this report.

In addition to receiving appeals contesting the overall merits of a detention, we also receive appeals requesting the removal of a party’s association to a detention. For those parties appealing their association with a detention, fourteen were received. Of those, seven were granted and the other six were denied. 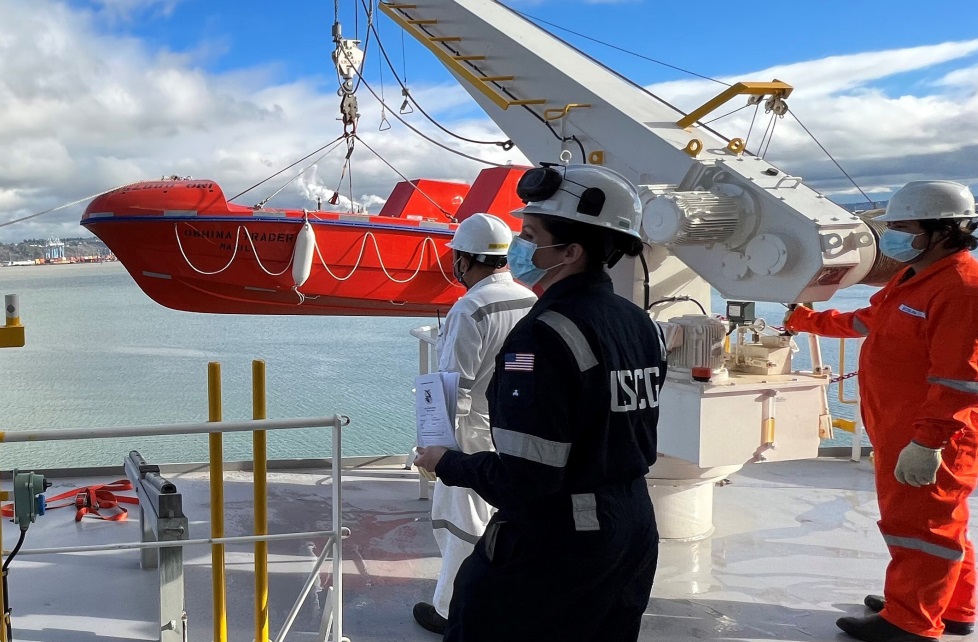 Once again, the USCG considered the impact of COVID-19 on international shipping when determining QUALSHIP 21 (QS21) eligibility. However, no changes were made to the eligibility criteria based on the reduced number of vessels trading with the United States in 2021. The QS21 program ended calendar year 2021 with an impressive 3,661 vessels enrolled. In 2020, we welcomed three additional flag administrations into the program with five losing their QS21 eligibility. For 2021, one flag administration lost its eligibility while five additional flags became eligible.

The E-Zero program focuses on environmental stewardship and worldwide compliance with international environmental conventions. By the end of 2021, 220 ships received the E-Zero designation.