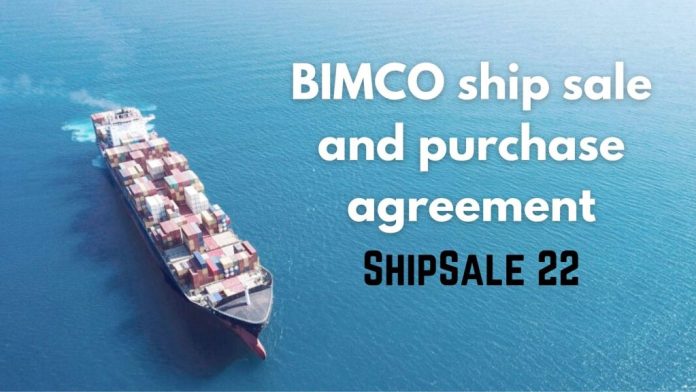 (www.MaritimeCyprus.com) BIMCO has produced its own ship sale and purchase agreement – SHIPSALE 22 – with the aim of making the authoring, negotiation and execution process faster and simpler, and to provide the market with a modern and comprehensive alternative to existing sale and purchase forms.

For the first time, BIMCO has produced its own ship sale and purchase agreement. The project has taken the standards organisation just over two years to complete, involving a drafting team of nine industry specialists who provided broking, legal and commercial expertise. The process has also included an extensive industry consultation that provided the drafting team with over 800 comments and suggestions on the draft agreement, ultimately resulting in a standard Memorandum of Agreement that closely follows the typical chronological sequence of events that play out in an S&P transaction.

The agreement consists of four parts of which the first section summarises key information such as the details of the ship, inspection, and the purchase price. The second section contains the terms and conditions of the agreement in an easy-to-follow structure and the third deals with documents to be provided plus the protocol of delivery and acceptance. The fourth section is where any items that are excluded from the sale should be listed.

Although SHIPSALE 22 does not dramatically depart from the substance of SALEFORM 2012, there are a number of changes in details, rights and obligations, and time frames that should be carefully reviewed. One specific point for clarification pertains to the changes to applicable law and dispute resolution.

The posted sample form of SHIPSALE 22 appears to materially change the format for selection of applicable law and forum for dispute resolution.

Ultimately, the form should facilitate election of applicable law and dispute resolution provisions that are appropriate for the parties and the circumstances of the vessel and transaction at issue. Certainly providing for New York is an option of the prior form that should be retained. It may be useful to provide optional model clauses for arbitration in other leading locations, such as Singapore, and a model choice of law clause such as option "c" in SALEFORM 2012 for parties that elect not to use arbitration, in addition to the "supply your own" option. 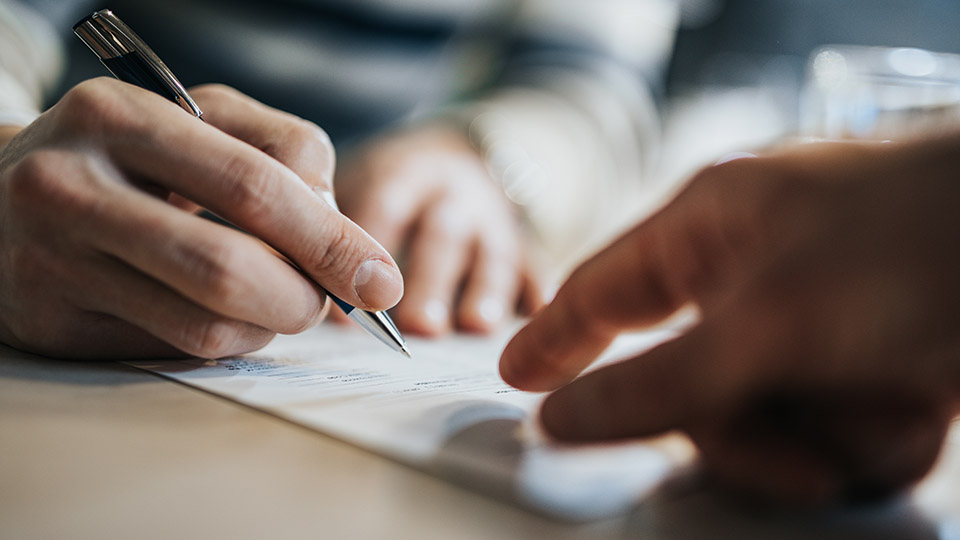 It is not uncommon for the performance of one or both parties under a sale/purchase agreement to be guaranteed by another entity, particularly where the party is a single-purpose entity. In SHIPSALE 22, a set of boxes and signature fields have been included to make it simpler to document such performance guarantees.

Saleform 2012 allows the parties to choose between (a) outright sale, with inspection of the vessel and its classification records having occurred before contract signing; and (b) sale subject to pre-delivery inspection. SHIPSALE 22 (Clause 6) introduces an additional alternative (c): outright sale with the buyer waiving its right of inspection entirely, which may e.g. be practical in certain sale/leaseback transactions, sale between related parties or distressed asset sales. Unlike Saleform 2012, SHIPSALE 22 does not specify which mechanism applies if the parties do not make a selection, and care should be taken to ensure the relevant box is filled out.

Where alternative (b) is chosen, the buyer's right of inspection has been worded more narrowly than under Saleform 2012: rather than "without opening up", the inspection is under SHIPSALE 22 to occur "without testing of the Vessel's engines, machinery, equipment or systems". Furthermore, the buyers' deadline for acceptance or rejection of the vessel following inspection has been expanded from 72 hours to five days.

If the vessel is drydocked, Saleform 2012 includes a right for the buyers to require the tailshaft to be drawn, even if this is not required by the vessel's classification society, with the costs apportioned depending on the findings. In SHIPSALE 22, this right of the buyers has been removed.

In cases where drydocking cannot be carried out at the port of delivery, the maximum extension of the cancellation date owing to the additional time caused by drydocking at an alternative location has been extended from 14 days in Saleform 2012 to 21 days in SHIPSALE 22.

Like Saleform 2012, SHIPSALE 22 (Clause 10) includes a warranty by the sellers that the vessel is delivered free of encumbrances. The wording has, however, been adjusted to explicitly cover any form of trading commitment as well as any form of arrest or restraint.

Saleform 2012 provides that the purchase price is to be paid "in full free of bank charges". In SHIPSALE 22 (Clause 14), it is been made explicit that payment of the purchase price (along with other payments under the contract) is to be made free of any set off, deduction or withholding—and an express gross-up clause has been included.

The deadline for exchange of drafts has been tightened in SHIPSALE 22: Where Saleform 2012 provided that drafts of sellers' and buyers' delivery documents should be exchanged no later than nine days before the intended date of readiness for delivery, SHIPSALE 22 stipulates five days after the first delivery notice, which in the standard form is to be sent 20 days before the intended date of readiness. Furthermore, SHIPSALE 22 provides that the buyers must specify any additional documents their intended registry requires within two days of receipt of the sellers' earliest delivery notice, underscoring the importance of early contact with and pre-clearance of required documents with the intended registry.

SHIPSALE 22 (Clause 16) outlines the closing procedure in somewhat more detail than Saleform 2012: Express reference is made to a documentary closing to take place after notice of readiness for delivery has been tendered by the sellers, and it is specified that the documentary closing may occur either remotely by electronic means or physically, with the parties to select a procedure in Box 19.

A few new clauses have also been included in SHIPSALE 22.

Saleform 2012 is often amended to include such clauses, and their inclusion in SHIPSALE 22 will likely be viewed as a significant improvement.

There are few substantive changes in SHIPSALE 22 compared to Saleform 2012 other than the layout changes, clarifications of wording, and updates to reflect recent commercial practice, but all of these are likely to be viewed as helpful improvements. Although Saleform 2012 is a widely used form and it often takes some time for a new form to be adopted, we would not be surprised if SHIPSALE 22 is quickly picked up as a new standard form for sale/purchase agreement across the shipping / offshore sectors.

You can download a sample copy of SHIPSALE 22 below: