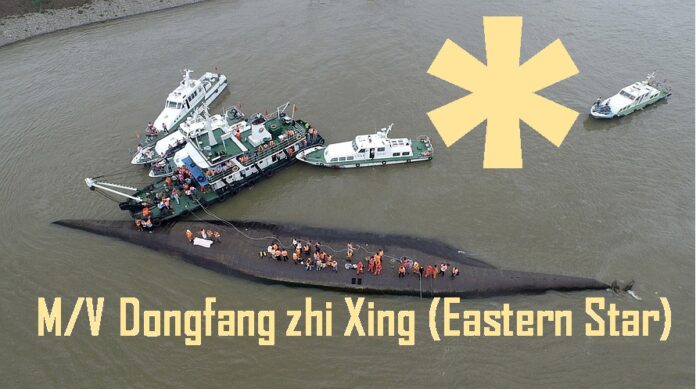 (www.MaritimeCyprus.com) The 76 meter long four-deck river passenger ship Eastern Star (Dongfangzhixing) capsized and sank on the Yangtze River in the Wuhan, Damazhou area. The vessel was carrying 405 passengers, 5 travel agents and 48 crew on a holiday cruise  up the Yangtze from Nanjing to Chongqing when it was struck by a severe storm. The storm with heavy rain and strong winds caused the vessel to capsize and sink within just a few minutes.

On 13 June, 442 deaths were confirmed, with 12 rescued. It is the deadliest peacetime maritime disaster in China’s history, and the worst since the Taiping steamer sank in 1949, killing over 1,500. 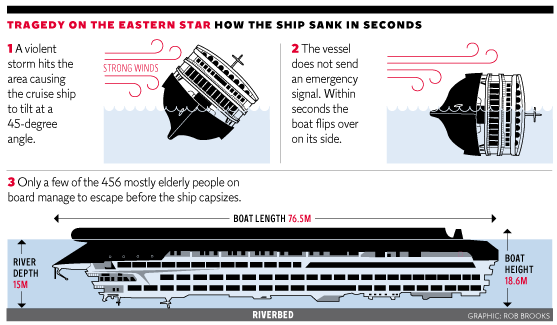 Around 9:28 pm on 1 June 2015, Dongfang zhi Xing was making a 1,500 km (930 mile) trip from Nanjing to Chongqing via the Yangtze River. When the ship was near Jingzhou, it was caught in a storm and sank in approximately 15 m (49 ft) deep waters. The captain and the chief engineer said that the ship was hit by a tornado, and the China Meteorological Administration confirmed that a tornado occurred in Jianli County with wind-speeds reaching EF1 strength, or approximately 138–177 km/h (86–110 mph). It was once widely believed that the tornado struck the river near the ship’s location, but later investigation suggested that the tornado struck a location 8 km away and did not affect the ship; instead, based on Doppler radar data and other evidence, the official report indicates that a massive downburst in the thunderstorm, with gusts over 118 km/h (12–13 on the Beaufort scale), is the likely cause of the capsizing. 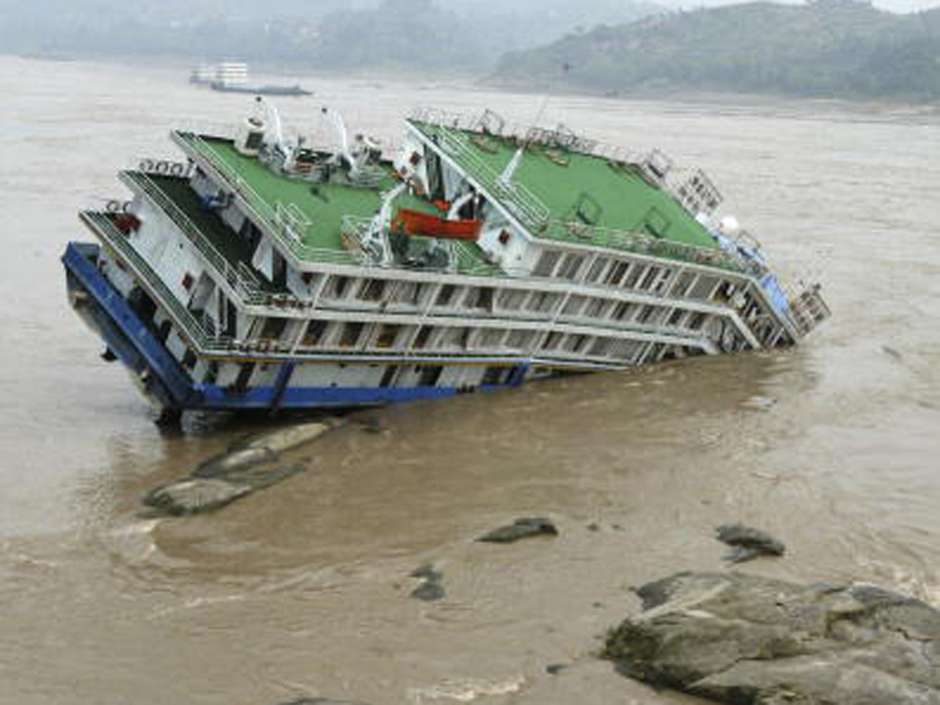 Initially, the Chinese authorities reported 458 people were aboard the ship, but later reduced this figure to 456. This included 405 passengers, all of whom were Chinese and mostly elderly, 46 crew members and five tour guides. According to crew members that were rescued, the storm hit and capsized the ship quickly while most of the passengers were asleep. One rescued passenger stated that the ship had become flooded with water, and with the turbulent river conditions, capsized after experiencing a list greater than 45 degrees. Seven survivors were able to swim to shore and alert authorities about two and a half hours after capsizing. On 13 June, the Chinese authorities updated that 454, not 456, people were on board and 442 bodies had been found with 12 rescued. 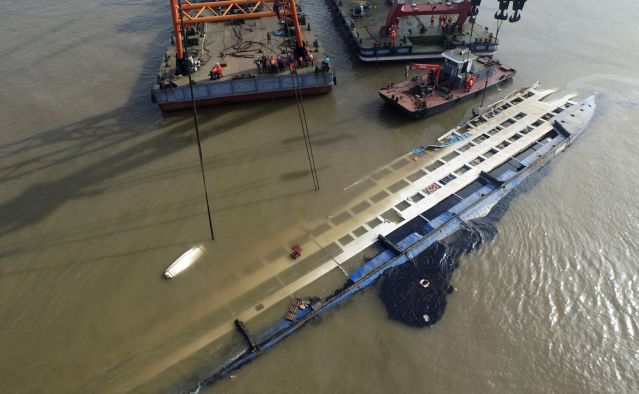 Analysis of the incident

Severe weather reports were issued for the area, which should have subsequently been sent to all vessels on the river in the area for them to take necessary precautions. There is no confirmation that Dongfang zhi Xing had been properly notified, though at least one other vessel travelling nearby was shown to have taken precautions due to the weather warning. The ship’s captain and chief engineer, two of the rescued persons, have been taken into custody for questioning.

The Chinese government censored news and discussion about this accident, while tightly controlling media coverage. Chinese journalists have been told to focus on the “positive part” of the story only. The Politburo Standing Committee has attempted to control public opinion about the disaster response, by issuing an order to both “understand the sorrow of the families” and “concretely preserve social stability”. Some foreign journalists have also been blocked from the rescue site in Hubei province where a police cordon has been set up with checkpoints.

On 30 December 2015, the Chinese government issued the investigation report of the incident. The report said that heavy storms caused the Dongfang zhi Xing to capsize; it also found that the shipping company and local authorities had flaws in their daily management and suggested that 43 people be punished accordingly.