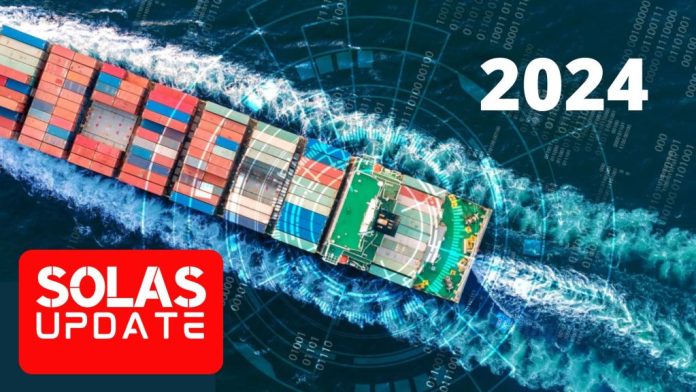 (www.MaritimeCyprus.com) SOLAS Convention is regarded as the most important of all international treaties concerning the safety of merchant ships.

A set of amendments to the International Convention for the Safety of Life at Sea (SOLAS) and the associated Codes enter into force on 1 January 2024. This article highlights the changes that have been adopted for the 2024 update of SOLAS and its associated Codes.

Amendments to the technical provisions generally follow a four-year cycle of entry into force. This news highlights amendments related to:

The new requirements are incorporated in SOLAS Regulation II-1/3-8 on towing and mooring equipment, and supported by the following guidelines:

The design requirements will apply to new cargo and passenger ships constructed on or after 1 January 2024 that are above 3000 GT, and should also apply to ships of 3000 GT and below as far as reasonably practicable. The maintenance and inspection requirements will be applied retroactively for all ships. 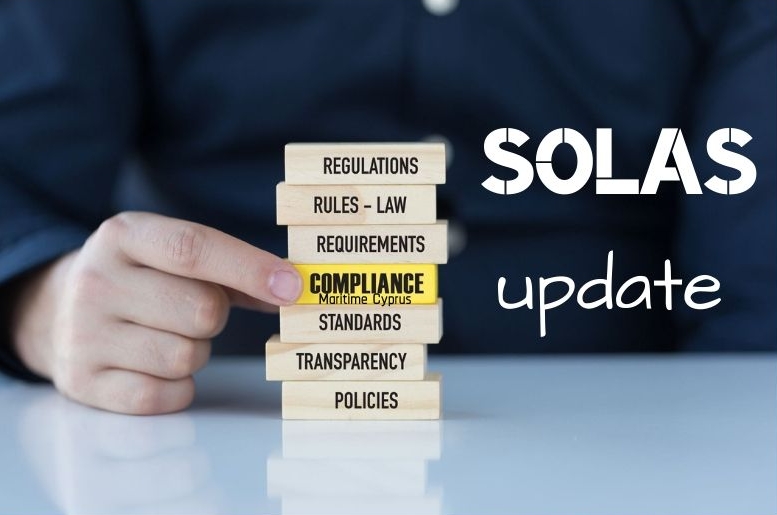 Modernization of the Global Maritime Distress and Safety System

Since the IMO adopted the worldwide system for communication of emergency information in 1988, Inmarsat has been the only approved provider of satellite communication services for the GMDSS. In 2018, the IMO also recognized Iridium as a provider of such services, and the 2020 update of SOLAS replaced provider-specific terms with the more generic “recognized mobile satellite service”.

Consequential amendments have been made to the 1994 and 2000 High-Speed Craft (HSC) Codes, the Special Purpose Ships (SPS) Code and the Mobile Offshore Drilling Units (MODU) Code.

The amendments will enter into force on 1 January 2024. Existing SOLAS certificates do not have to be reissued before they expire as a consequence of the reorganization of SOLAS Chapters III and IV.

Amendments to SOLAS Chapter II-1 will ensure that the requirements to watertight integrity in parts B-2 to B-4 capture the probabilistic damage stability approach in parts B and B-1. The amendments address inter alia assumptions regarding progressive flooding, valves in the collision bulkhead and the consideration of watertight doors.

The amendments are a result of experience with the revised SOLAS Chapter II-1 after the probabilistic damage stability approach was introduced in the 2009 update of SOLAS. The approach assesses the probability of survival for a ship in case of damage, related to the extent and location of the damage. The probabilistic approach is perceived to give a more realistic representation of the condition of a ship in damaged situations, and to allow more freedom regarding, for example, the placement of watertight bulkheads.

The amendments will apply to new cargo and passenger ships constructed on or after 1 January 2024 and will not have any impact on existing ships.

The amendments to Chapter 9 of the Fire Safety Systems (FSS) Code will enter into force on 1 January 2024.

Various adjustments have been made to SOLAS Chapter III and the associated Life-Saving Appliances (LSA) Code:

The amendments will apply to cargo and passenger ships and enter into force on 1 January 2024. Flag states are invited to voluntarily apply the launch test provisions for free-fall lifeboats earlier.

The International Code for Safety for Ships using Gases or other Low-flashpoint Fuels (IGF Code) has been amended to reflect experiences gained since the code entered into force in 2017. The main amendments address:

The amendments will apply to new ships using natural gas as fuel and will enter into force on 1 January 2024.

The 105th session of the IMO’s Maritime Safety Committee in April 2022 was the last session to adopt amendments to the 2024 update of SOLAS and the related mandatory codes. Amendments adopted less than 18 months before 1 January 2024 would normally be pushed to the next fouryear cycle of entry into force.

The IMO has, however, recognized that the COVID-19 situation have caused delays in some ongoing work and has hence introduced an ad hoc mid-term amendments cycle. The next update of SOLAS will therefore enter into force on 1 January 2026 and will include amendments adopted before 1 July 2024.