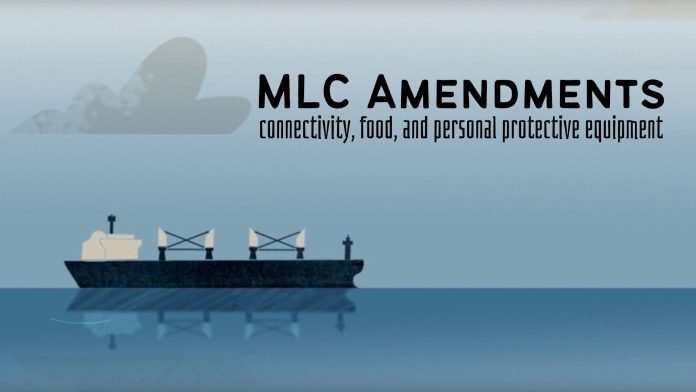 (www.MaritimeCyprus.com) We have been reading many cases where vessels have been detained & banned from Countries due to breaches of MLC. One example is the recent issue by the Australian Maritime Safety Authority (AMSA) on 17 June 2022 who has banned a Liberian-flagged oil tanker AG Neptune from Australian ports for six months after receiving a complaint regarding the underpayment of seafarers and welfare issues.

During the inspection, AMSA found evidence that the employment agreement had not been met, the food and drinking water were not of appropriate quality, quantity, and nutritional value for seafarers, and seafarers were not provided with adequate medical care after being injured onboard.

During the Part II of the fourth meeting of the Special Tripartite Committee (STC) of the Maritime Labour Convention, 2006 (MLC, 2006) (the “meeting”) held from 5 to 13 May 2022, amendments to the MLC 2006 and resolutions were adopted, entering into force by December 2024. Seafarers have won significant concessions on connectivity, food, and personal protective equipment during negotiations for amendments to the Maritime Labor Convention, 2006 (MLC).

The adopted amendments will be implemented by the Flag States. Therefore, Companies should seek information from their respective flag State(s) to update their existing Safety Management System procedures.

You can read and download the full text of MLC amendments at the below link:

For more resources and Guides on MLC, click here