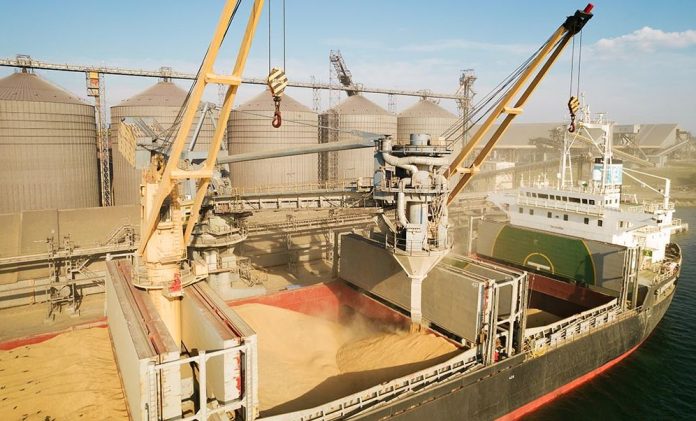 (www.MaritimeCyprus.com) Ukraine is a major grain exporter, last year supplying 11% of the world’s wheat exports, 12% of corn exports and 43% of sunflower oil exports. Since Russia’s February invasion, a naval blockade has prevented Ukraine from shipping grain out of its southern ports. The country has made a valiant effort to ship as much grain as possible via railways, roadways and rivers, but that has accounted for only a small percentage of its potential export total.

The Russian Federation, Ukraine, Turkey and the United Nations have signed the Initiative on the safe export of foodstuffs and fertilizers, including ammonia, from the Ukrainian ports of Odesa, Chernomorsk and Yuzhny. A Joint Coordination Center (JCC) will facilitate this initiative and will monitor closely the safe passage of the vessels through the humanitarian maritime corridor.

The news on the Grain Initiative was taken with some “cautious optimism”. The JCC to observe the Initiative was set up in Turkey at a striking speed in less than a week. All technical preparations were made to enable the first cargos in August. But many prefer to wait and see how Russia will be following its commitments. 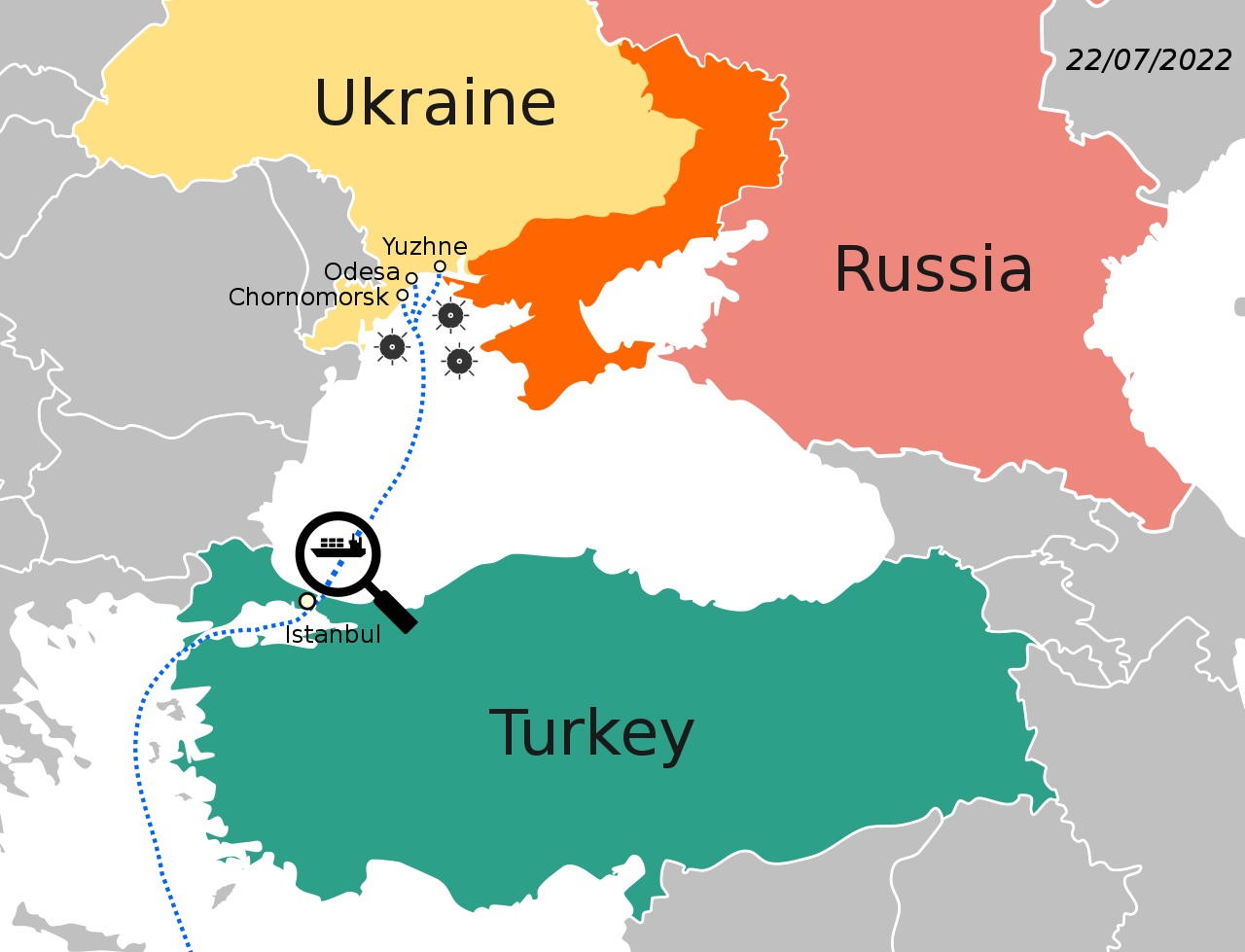 The significance of the deal goes much wider.  The solution sets a mechanism for dealing with two fighting states, which are barely talking with each other. It also cements the role of international players in a disrupted communication between Ukraine and Russia, without a necessity to bring them together at one negotiation table. Provided successful, it will demonstrate the efficiency of international diplomacy and the UN as a respectable referee. It will also become a confidence-building measure for potential further negotiations (whenever there will be momentum) between Ukraine and Russia through a trusted third party(-ies). Yet, “if” is the key word here, as so many issues remain open.

Three separate agreements constitute a “package deal” and relate to the export of Ukrainian and Russian agro-products. The UN-proposed Black Sea Grain Initiative is comprised of two separate agreements with Ukraine and Russia and relates to the export of Ukrainian grains and products. A separate UN and Russia memorandum stipulates for unimpeded exports of Russian foodstuff and fertilizers. Russians present this as their diplomatic victory and hint that this should be seen as the first step in gradual ease of sanctions, as they have regained access to international ports and freight facilities. Already on 25.07.22, Moscow called for the UN to secure the removal of curbs on Russian fertilizers and grain exports as part of the deal.

The JCC is comprised of joint inspection of Ukrainian, Russian, Turkish and UN teams. These should inspect and authorize all merchant vessels taking part in this Initiative in the harbours at the entry/exit to/from the Turkish strait. JCC is also in charge of operational and communications plans, inspections’ routine, registration and verification of merchant vessels. It also has to agree, authorize and observe a safety distance for military ships, aircrafts and UAVs.

The mechanism implies Russian engagement in all decision-making, thus, creating a possible opportunity to cause artificial delays for vessels heading to/from Ukrainian ports.

While the Russian and Ukrainian sides have agreed not to undertake any attacks against merchant/civilian vessels and port facilities engaged in this Initiative, the agreement falls short of form and scope of mutual security assurances. It also does not specify which activities should be called “suspicious” or what to consider a “non-compliance with the rules of operation”. This creates room for very loose interpretations, with a risk to undermine the actual security mechanism, if not the entire execution of the agreement. With a view to that, some of the insurance companies tend to qualify the suggested security guarantees as "gamble", indicating that not many commercial vessels would dare to take a risk.

Interpretation of the Provisions:

The Ukrainian officials are “satisfied with the Initiative”, which was “signed on Ukrainian terms”, where territorial waters of Ukraine remain in full control, and there is no risk of Russian warships entering Ukrainian ports. They say that Ukrainian pilot vessels will guide commercial vessels in order to navigate the mined areas around the coastline using a map of safe channels. In turn, Russia expects Ukraine to “demine their territorial waters”, and to have Turkish and Russian military ships to escort cargo vessels on a route in open waters “to ensure their security”.   This difference in readings is already a fruitful soil for further disputes.

The JCC has published detailed procedures for all merchant ships planning to export foodstuffs and fertilizers including ammonia from these ports.  The procedures are mandatory requirements pursuant to the SOLAS Regulation Xl-2/11 and the ISPC Code, Part A, section 4.2 and Part B, section 4.26 as a condition of port entry or departure to or from the Ukrainian ports.

You can download the "Procedures for Merchant Vessels" here below: