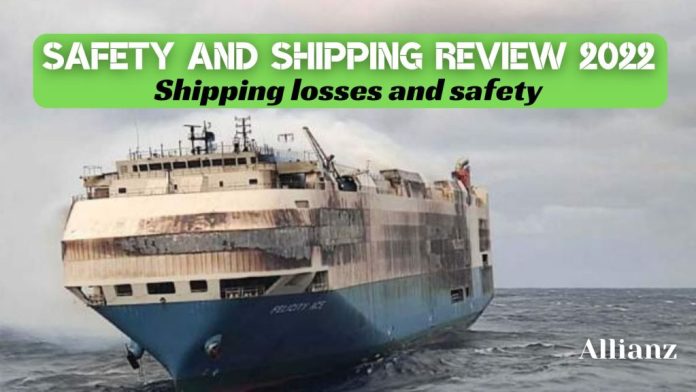 (www.MaritimeCyprus.com) The international shipping industry is responsible for the carriage of around 90% of world trade so vessel safety is critical. During the early 1990s, the global fleet was losing 200+ vessels a year. This has dropped to around 50 to 75 a year over the past four years — a statistic made more impressive by the fact that there are an estimated 130,000 ships in the global fleet today (over 100 gross tonnage [GT]) compared with some 80,000 30 years ago.

The sector continued its long-term positive safety trend in 2021 with 54 reported total losses compared with 65 a year earlier. Annual shipping losses have declined by 57% over the past decade since 2012 (127), while 2021 represents a significant improvement on the rolling 10-year loss average (89), reflecting the increased focus on safety measures over time, such as regulation, improved ship design and technology and risk management advances. 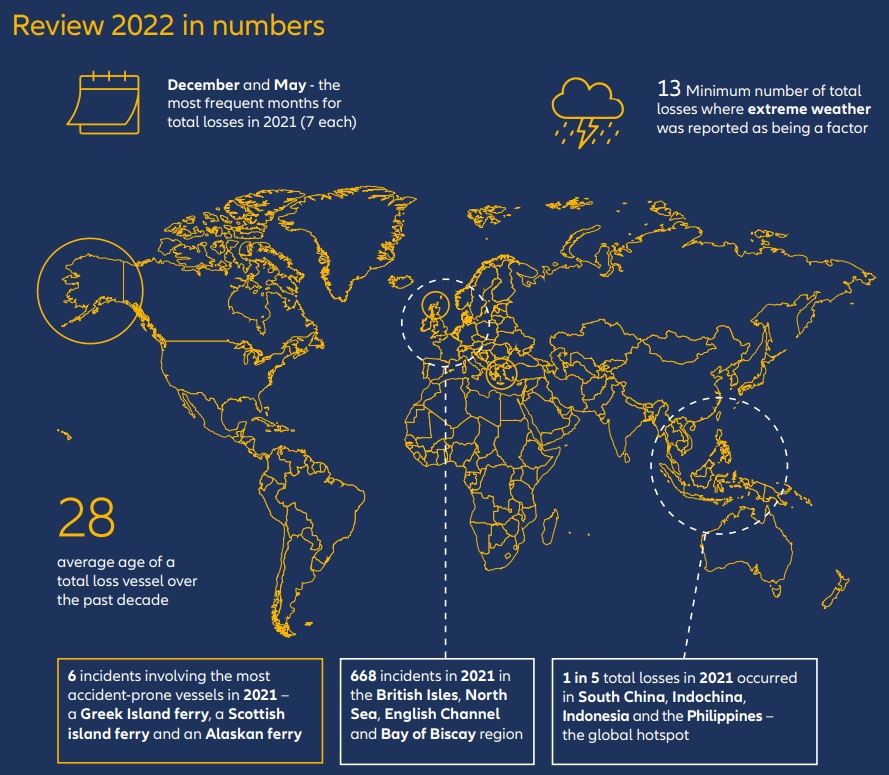 South China, Indochina, Indonesia and the Philippines is the main global loss hotspot, accounting for one in-five losses (12), although activity declined year-on-year. The Arabian
Gulf (9) saw a significant increase in loss activity to rank second ahead of the East Mediterranean and Black Sea region in third (7). South East Asian waters are also the major loss location of the past decade (225 out of 892), driven by factors such as high
levels of local and international trade, congested ports, older fleets and extreme weather.

Cargo vessels accounted for half of all vessels lost in 2021 (27). Foundered (sunk) was the main cause of total losses across all vessel types during 2021, accounting for around 60%
(32). Fire/explosion ranked second (15%, 8), with machinery damage/failure third (11%, 6). Extreme weather was reported as being a factor in at least 13 losses during 2021, while December and May were the most frequent months for losses with seven each respectively.

Collectively, foundered (52%), wrecked/stranded (grounded) (18%) and fire/explosion (13%) are the top three causes of total losses over the past decade, accounting for more than 80% of 892 reported losses. 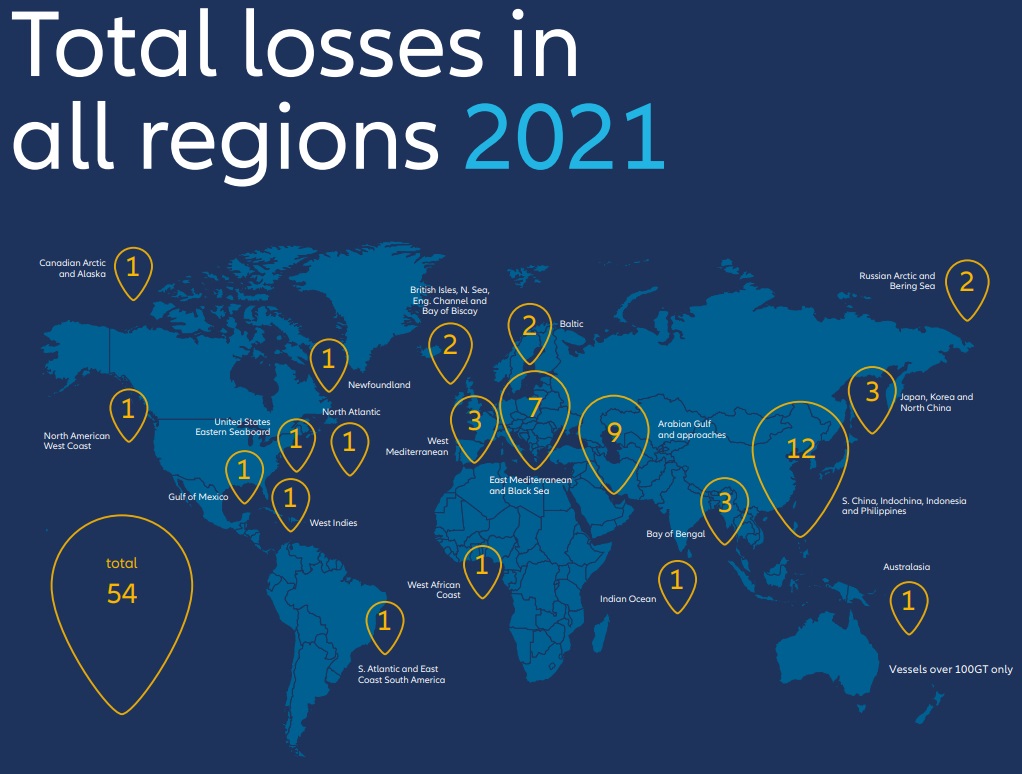 Fire/explosion (178) is the third top cause (after collision [222]), with the number of fires increasing by almost 10% annually.

The East Mediterranean and Black Sea region is the location of the most shipping incidents over the past decade (4,763), accounting for 18%. 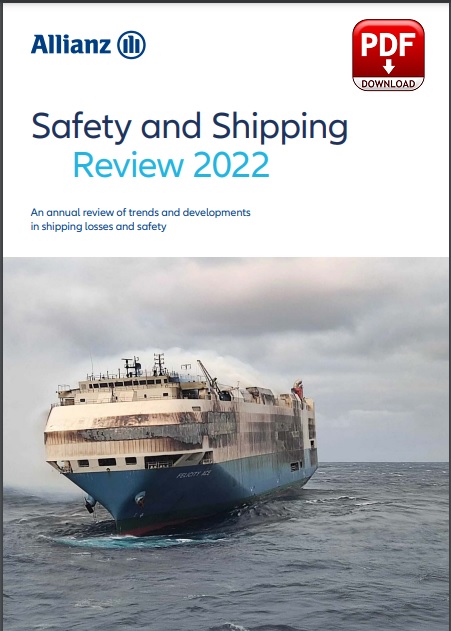