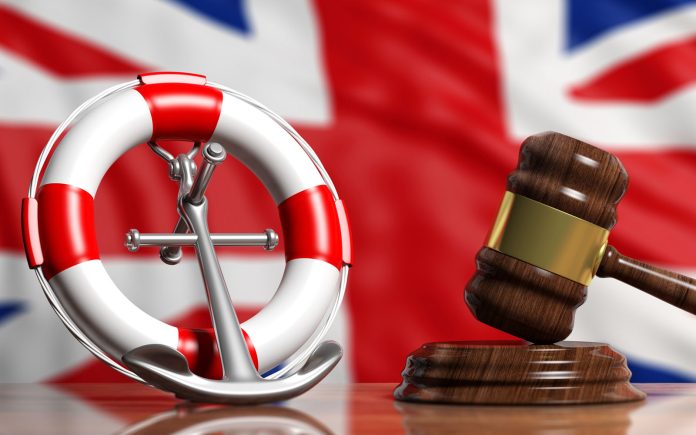 (www.MaritimeCyprus.com) When negotiating a voyage charterparty the parties may not give much thought to the precise legal meaning of the word “demurrage”. If pressed to explain what it covers, one party might say “it's payment for time used by the charterer after laytime has finished”. If they then looked at a law book on the point, they might have added “it's liquidated damages for the delay”. That is right, however, it is highly unlikely that either party would go on to consider the question “but what damages does it liquidate?”.

The judgment by the Court of Appeal in The Eternal Bliss means that parties should now turn their attention to consider exactly what damages/losses they want demurrage to cover.

The facts and assumed facts in The Eternal Bliss are not unusual: the vessel was chartered out on an amended standard voyage charter form, with the rate of demurrage to be declared by owners on nomination of the performing vessel, subject to a maximum daily rate, here USD 20,000. A cargo of 70,133 mt of soybeans was loaded in Brazil for discharge in China, but the vessel had to wait for a month off the discharge port due to congestion. Discharge completed while the vessel was on demurrage.

During discharge, the cargo was found to be mouldy and caked in most of the holds. One would normally have expected the cargo claim to be defeated on the basis of inherent vice, however, probably due to difficulties in China proving such a defence, the claim for cargo damage was settled by the owners at USD 1.1 million. The liability was then passed down the charterparty chain, presumably under the Inter Club Agreement, until it reached the time charterers, K-Line, who in turn wanted to recover it from the voyage charterers, Priminds. However, the only breach that could be identified was the failure of the voyage charterers to discharge within the agreed laytime.

As a result, the key point for determination by the Court was: does the agreed rate of USD 20,000 per day for demurrage cover

(a) all damages arising from the delay, or
(b) only the owners’ damages for loss of use of the ship during the delay?

If the answer was (a), the cargo claim could not be passed on to charterers, but if it was (b) the owners might be able to recover it. At first instance, the Judge had decided the answer was (b), but the voyage charterers appealed.

The Court of Appeal judgment

For the purposes of this article, there is no need to analyse the previous case law, textbooks’ commentaries, or the underlying legal principles. The Court of Appeal’s conclusion was:

… the charterer is not liable to pay damages in addition to demurrage for its breach of contract in not completing discharge within the permitted laytime.

The answer is therefore clear, subject to any further appeal, and any parties negotiating a voyage charter now know where they stand on the point: under standard demurrage clauses and absent an independent breach of the voyage charterparty, the damages for delay are limited to the amount stated in the demurrage clause.

The more interesting question is how parties negotiating voyage charters should react to the decision.

Anecdotal data would suggest that the rate of demurrage is often set by reference to the expected market rate for the performing vessel, likely with an allowance to account for the additional in-port daily running costs, such as bunkers consumed and perhaps daily port charges.

That is perhaps not how it is always done, as charterparties are negotiated as a whole, and there are cases where the demurrage rate may be substantially above or below the market rate.

However, an owner now knows that demurrage is the only way the owner can recover damages for delays, unless the parties agree otherwise or there is a separate breach by charterers. The list of possible costs/expenses arising from delay is potentially long, especially if you consider that the delays may be very long indeed, for example:

On most voyages, even if there was delay, and therefore demurrage, it would be unlikely for unexpected costs to arise for these items. However, over multiple voyages the risk of irrecoverable costs would increase, and in the context of a contract of affreightment or consecutive voyage charterparty such costs may be a factor to consider.

For owners and disponent owners concerned about this exposure to these additional costs, there are two basic options:

As a practical matter, vessel owners and time charterers generally insure the risk of cargo claims caused by delay by purchasing P&I insurance that includes their potential liability for damage to cargo. Many voyage charterers also purchase P&I insurance although, to the extent, the charterer is also the seller of the cargo, the P&I cover may exclude losses due to a pre-shipment condition.

If the owners can identify other breaches by the voyage charterers, in addition to the delay, the demurrage rate does not prevent damages from being claimed for the losses caused by those other breaches. In such an instance, the damages recoverable would not include those related to the owners’ loss of use of the vessel as a freight-earning asset. Examples of other breaches that may give rise to such claims could be related to dangerous cargo or an unsafe berth or port.

Whilst the Eternal Bliss is no doubt disappointing from the point of view of the time charterers, K-Line, and others that voyage charter out their vessels, it does clarify the reach of the common demurrage provisions, which will allow future voyage charterparties to be drafted in a way that reflects the parties’ intentions.