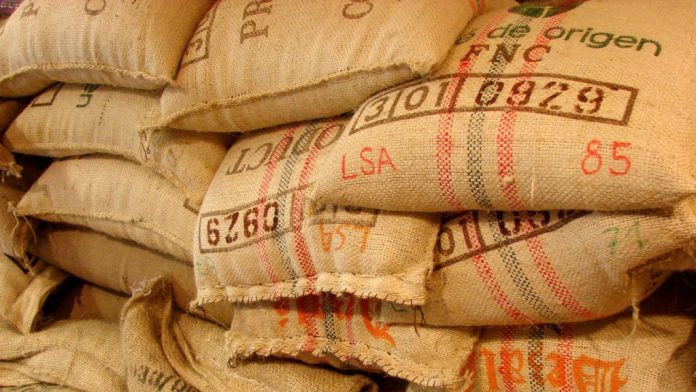 However, not all containerised cargoes are suited to this method of shipment, and bulk operators offered the opportunity to carry cargoes as breakbulk that would usually be containerised should be aware of the associated risks.

Cargoes commonly considered for break bulk include the following:

Coffee is a high-value commodity, with current prices around US$6 per kilo for arabica beans and roughly half that for robusta. Carrying coffee beans using any recognised method presents challenges for the carrier. The beans are highly hygroscopic, which means they absorb a significant amount of moisture from the air, making them vulnerable to condensation that then wets the bag and encourages fungal growth. This risk is exacerbated when the coffee beans, grown in warm, humid regions, are transported to cooler climates, as is frequently the case.

Condensation that forms on steel structures – ‘ship’s sweat’ – is the primary source of wetting. Even when carrying bagged coffee using dry containers as per standard industry practice, the same risk is present: with limited ventilation, moist air is not properly expelled.

Cardboard or kraft-paper lining is often used to protect the cargo, but the effectiveness of this method is disputed. Similarly, the effectiveness of building ventilation channels into the stow is unproven, while hold ventilation may also be limited in its efficacy. Dunnage can prevent cargo-to-steel contact, but applying enough to have the desired effect can prove challenging.

Such is the risk of wetting damage and the difficulty of preventing it that cargo expert BMT advises against carrying bagged coffee in cargo holds altogether.

A further risk in transporting bagged coffee in break bulk is crushing damage caused by the weight of the cargo loaded above.

Some chemicals that have traditionally been carried in containers, such as sodium metabisulphite, are now being carried in jumbo bags as break-bulk cargo. If overloaded or poorly stowed, jumbo bags can split, causing their contents to leak into the hold. This not only presents a health hazard to those working in the hold but can also cause damage to adjacent cargo and the surrounding steel structure.

Parts used in the manufacture of vehicles are increasingly finding their way on board bulk carriers as break-bulk cargo, usually packed within crates and/or palletised. Shippers must ensure that the crate or packaging affords adequate protection and is properly stowed and secured in the hold.

While adapting to new customer requirements and solving capacity issues to keep trade flowing is nothing new in the shipping industry, requests to carry cargoes in an unconventional manner should be carefully scrutinised, particularly when dealing with dangerous or high-value cargoes.

Given reported shortages in reefer capacity, there are particular concerns around high-value cargoes requiring temperature control, such as some pharmaceuticals. Carrying this kind of cargo in IBCs laid across the top of a bulk stow of grain, for example, may prevent effective fumigation and ventilation and lead to contamination.

Cover may be prejudiced where unconventional cargo arrangements mean a cargo cannot be carried in accordance with a safe and proper system, or if the carriage is imprudent for some other reason. The carriage of rare and valuable cargo may require advance approval from the vessel manager, and any change in risk due to the carriage of an unconventional cargo requires prompt disclosure to the P&I club to ensure that cover remains in place.

Legal advice should be sought when a charterer requests a carrier to transport cargo using unconventional methods. Depending on the charterparty terms, such an order may be illegitimate, particularly where compliance would be impossible or unsafe. Owners may wish to explore taking a Letter of Indemnity from a charterer who requests unconventional carriage arrangements.