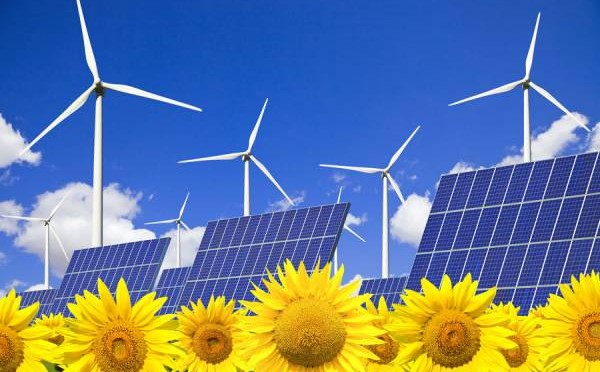 (www.MaritimeCyprus.com) Global foreign direct investment (FDI) flows in the second quarter of 2022 reached an estimated $357 billion, down 31 per cent from the first quarter and 7 per cent less than the quarterly average of 2021. The negative trend after the first quarter reflects a shift in investor sentiment due to the Ukraine war; the food, fuel and finance crises around the world; rising inflation and interest rates; and fears of
a coming recession.

Investment in climate change mitigation and adaptation risks a temporary setback. Monthly investment data shows declining numbers of new project announcements after the first quarter of 2022. Worsening financial conditions and investor uncertainty caused by the war and the effects of the triple food, fuel and finance crises are putting downward pressure on all cross-border investment. Although the search for solutions to the energy crisis has raised hopes for a faster transition to green energy, the first signals are that climate change investment will not escape the short-term FDI slump.

In climate change mitigation sectors, the number of new project announcements in the first three quarters of 2022 was 7 per cent lower than in 2021. In adaptation sectors it was 12 per cent lower. Urgent action is needed for international investment to return to its growth path. 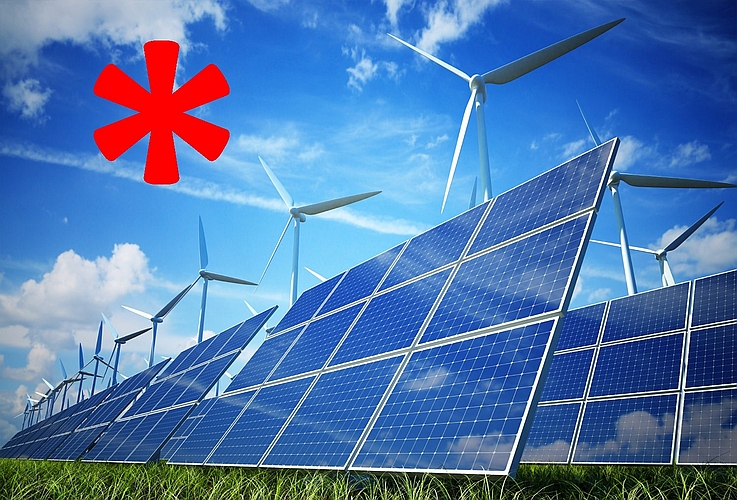 These sectors account for 60 per cent of climate change investment measures adopted worldwide in the last decade. Other mitigation areas have not received equal policy attention, and policy measures to attract investment in climate change adaptation sectors still need to be developed and implemented in developing countries. In developed economies, three out of four policy measures in climate change sectors in recent years concerned the introduction or expansion of FDI screening mechanisms, reflecting a trend towards heightened national security concerns.

The need for climate action has added urgency to the reform of the international investment agreements (IIA) regime. The current IIA regime can constrain States when implementing measures to combat climate change. The risk of investor–State dispute settlement (ISDS) being used to challenge climate policies is a major concern. Two broad approaches to fast-track IIA reform can be considered: first, making individual IIAs climate-responsive by ensuring that only low-carbon and sustainable investments are covered and by safeguarding the right and duty of States to regulate in the public interest.

This can be coupled with provisions aimed at promoting and facilitating sustainable investment. Second, exploring the possibilities to reconceptualize the scope, purpose and design of the IIA regime through engagement in comprehensive IIA reform actions at the multilateral, regional, bilateral and national levels.

Innovative ways and means are needed to attract international private investment in climate change adaptation and mitigation. Enabling policy frameworks, public-private partnerships, pipelines of bankable and impactful projects, and initiatives to de-risk climate FDI are all important. The introduction of climate impact assessments of investment projects should be considered. Investment promotion agencies (IPAs) can develop “red carpet” services for climate FDI. Provisions related to climate FDI should be considered for inclusion in international investment agreements. Finally, capital exporting countries can include outward FDI policies as part of their climate strategies, for example, by linking outward FDI support to carbon content and standards, and by supporting climate-impact reporting requirements.

The below publication brings together the key findings of several recent monitors published by UNCTAD’s Division on Investment and Enterprise, including a Special Issue of the Global Investment Trends Monitor (GITM no. 43) on climate change investment trends, a Special Issue of the Investment Policy Monitor (IPM no. 9) on national investment policy developments relevant to climate change, and two IIA Issues Notes on developments in the area of international investment agreements and investor-State dispute settlement.

The publication further incorporates key findings from the World Investment Report 2022, insights from the intergovernmental debate during UNCTAD’s Multi-Year Expert Meeting on Investment and Climate Change held in October 2022, and elements from the G20 Compendium on Promoting Investment for Sustainable Development. 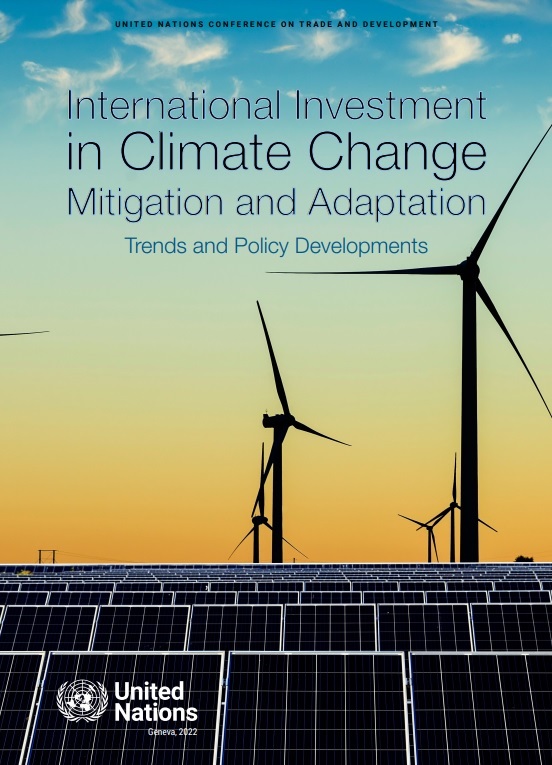