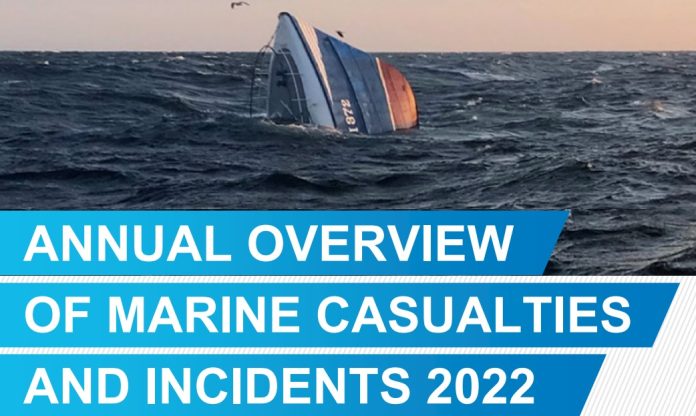 (www.MaritimeCyprus.com) This publication presents statistics on marine casualties and incidents which involved ships flying a flag of one of the EU Member States and occurred within EU Member States’ territorial sea or internal waters as defined in UNCLOS or involved substantial interests of EU Member States, as reported by Member States in the EU database for maritime incidents EMCIP (European Marine Casualty Information Platform).

Data from 2014 to 2020 have been re-analysed to consider only the marine casualties and incidents involving at least one of the EU Members States (EU 27 plus EEA EFTA). There was a small reduction in the number of marine casualties and incidents considering 27 Member States instead of 28, but trends and conclusions are very similar, confirming that reporting is a global work without primacy of any Member State.

2021 appeared to have been a positive year considering the reduction and stabilisation of most of the indicators, such as the number of occurrences, ships lost, fatalities or injuries. After traffic reduction in 2020, due to COVID pandemic, traffic increased in 2021 and cruise ships and ferries activities started again, but pre-COVID levels were not reached. 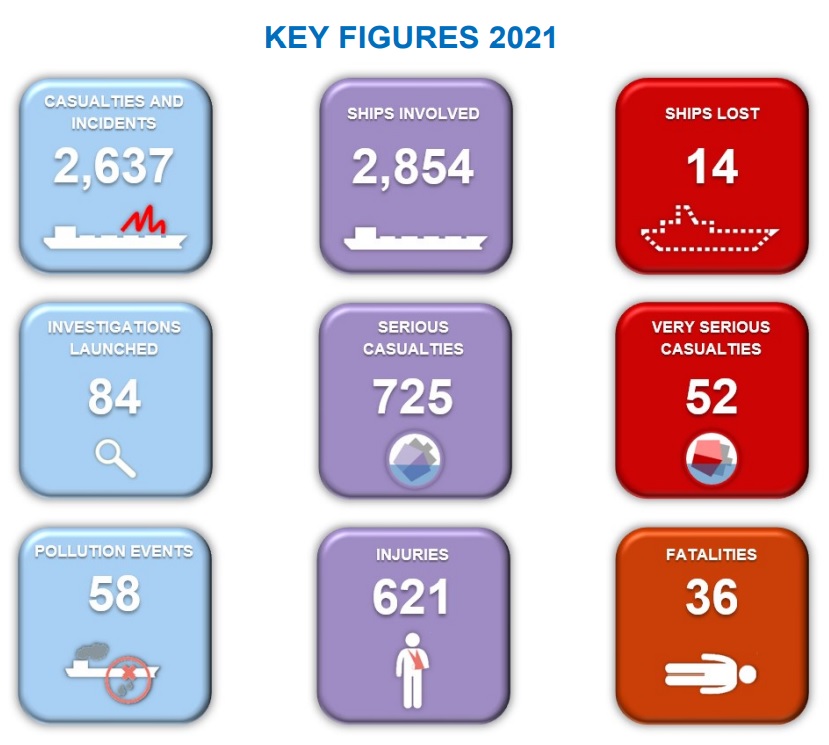 To draw objective comparisons between the different ship types, ratios between the number of marine casualties and incidents involving each ship type and its corresponding fleet size were calculated. These ratios are called ship occurrence indicators (see Appendix 4). Due to data availability, indicators calculations were limited to ships flying an EU 27 Flag, and with an IMO number when it related to cargo ships, passenger ships and service ships. For fishing vessels, only EU 27 flag vessels with a length above 15 meters were considered.

10.8% of the ships involved in marine casualties and incidents were in unknown voyage segments. 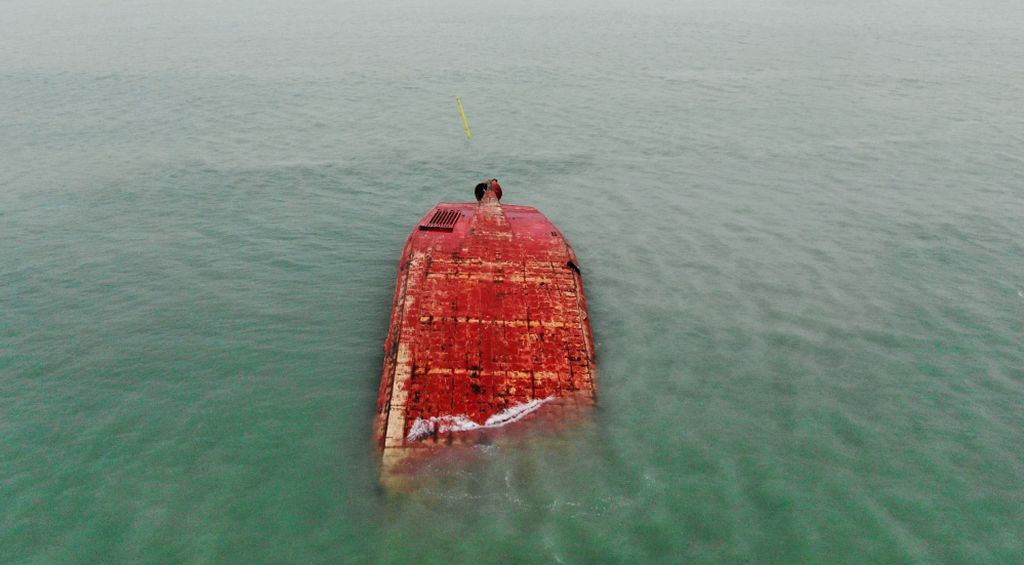 After a decrease in the traffic density around Europe in 2020, more intense for passenger ships than for cargo ships and fishing vessels, traffic density values increased again in 2021 with values still under the levels in 2019.

In 2021, 14 ships were lost, 650 ships were damaged, 219 ships were considered unfit to proceed, 759 required shore assistance, 368 ships required towing and 21 ships were abandoned. There were 340 Search and Rescue (SAR) operations. In general, this means a reduction in the consequences to ships, in comparison with previous years and an increase in the support to vessels after the marine accidents and incidents.