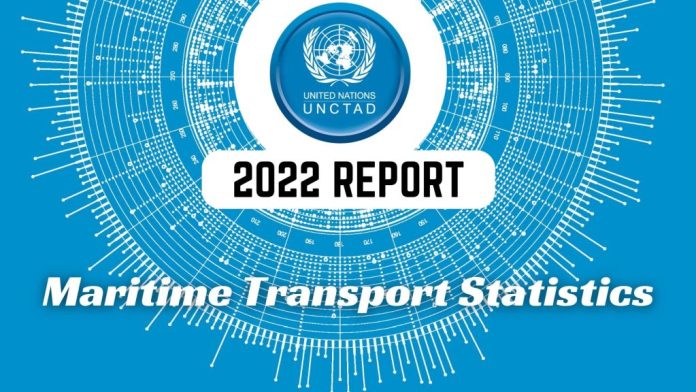 (www.MaritimeCyprus.com) The UNCTAD Handbook of Statistics 2022 provides a wide range of statistics and indicators relevant to the analysis of international trade, economy, investment, maritime transport, and development overall. It comes at a time of cascading crises that overlap and compound each other.

In uncertain times, reliable statistical information becomes even more indispensable for effective policy responses and decisions, aiding countries to recover from the crises and build a more just, inclusive, and sustainable economy.

The figures on seaborne trade in this report measure the volumes of international shipments, in metric tons, of goods loaded and discharged in the world’s seaports. Cabotage and transshipments are not included.

The data presented in this report have been compiled from various sources, including country reports as well as port industry and other specialist websites.

Trends and geography of world seaborne trade in 2021:

Having contracted by nearly four percent in 2020 on the back of the COVID-19 pandemic, international maritime trade recovered in 2021 as volumes bounced back at an estimated rate of 3.2 percent. Shipments reached 11.0 billion tons, a value slightly below pre-pandemic levels.

In 2021, Asia remained the world-leading maritime freight area with Asian ports, including in developed and developing regions, loading around 4.6 billion tons of goods, or about 42 percent of total goods loaded in ports worldwide. About 7.1 billion tons, equivalent to 64 percent of total goods discharged worldwide, were received by Asian ports in 2021.

A key trend in maritime trade is the shift in cargo composition. In 1970, more than half of global seaborne trade was tanker cargo. Today, almost three-quarters of loaded goods are dry cargo, including bulk and cargo shipped in containers. Of the total maritime freight shipped internationally in 2021, 8.0 billion tons was dry cargo.

As of January 2022, the top five ship-owning economies combined accounted for 53 percent of world fleet tonnage. Greece held a market share of 18 percent, followed by China (13 percent), Japan (11 percent), Singapore (6 percent), and Hong Kong SAR (5 percent). Half of the world’s tonnage was owned by Asian companies.

Owners from Europe accounted for 39 percent and owners from Northern America for 6 percent. Companies from Africa and from Latin America and the Caribbean had a share of just over one percent each; Oceania just below one.

Panama (350 million dwt), Liberia (335 million dwt), and the Marshall Islands (290
million dwt) represented the leading flags of registration. While the size of the register
of Panama has remained almost unchanged over the last decade, the Marshall
Islands and Liberia have caught up, with Liberia skyrocketing since 2018.

For even more details, you can download here below, the Maritime Transport section of the UNCTAD Handbook of Statistics 2022: 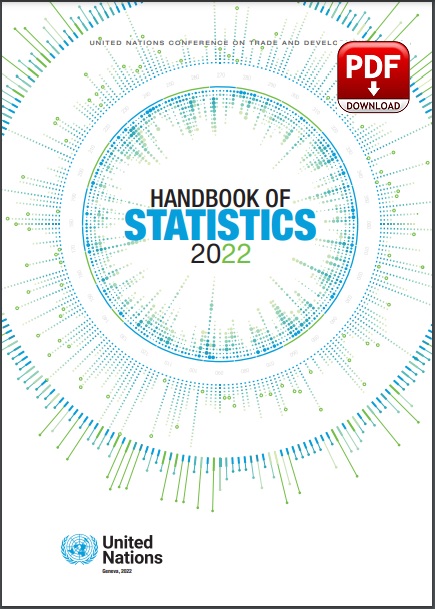