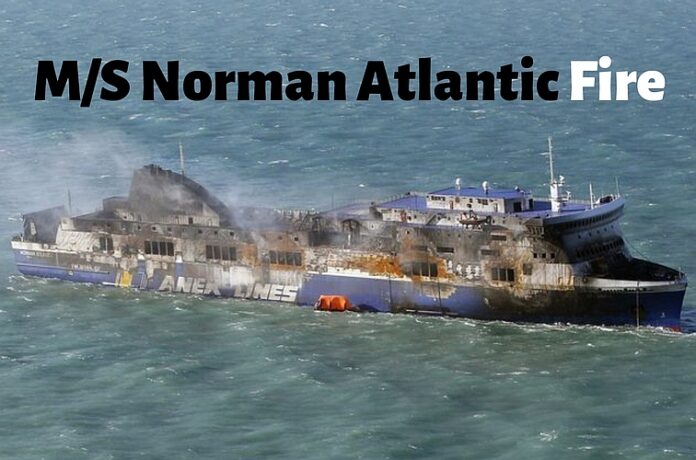 (www.MaritimeCyprus.com) MS Norman Atlantic is a roll-on/roll-off passenger (ROPAX) ferry owned by the Italian ferry company Visemar di Navigazione. The ferry was chartered by ANEK Lines from December 2014. On 28 December 2014, she caught fire in the Strait of Otranto, in the Adriatic Sea. The bodies of nine victims (three Greek, two Italian, two German, a Georgian and a Turkish passenger) were recovered from the sea, while nineteen others (nine Greek, four Turkish, two Italian and a German passenger and two Syrian and one Iraqi stowaways) remain missing. Additionally, two crewmembers of the Albanian tug Iliria were killed during the salvage operations on 30 December. According to ANEK Lines, the total number of passengers and crew, based on the ship’s manifest, was 475 which was clearly not the case as the numbers kept on changing during the course of rescue operations. 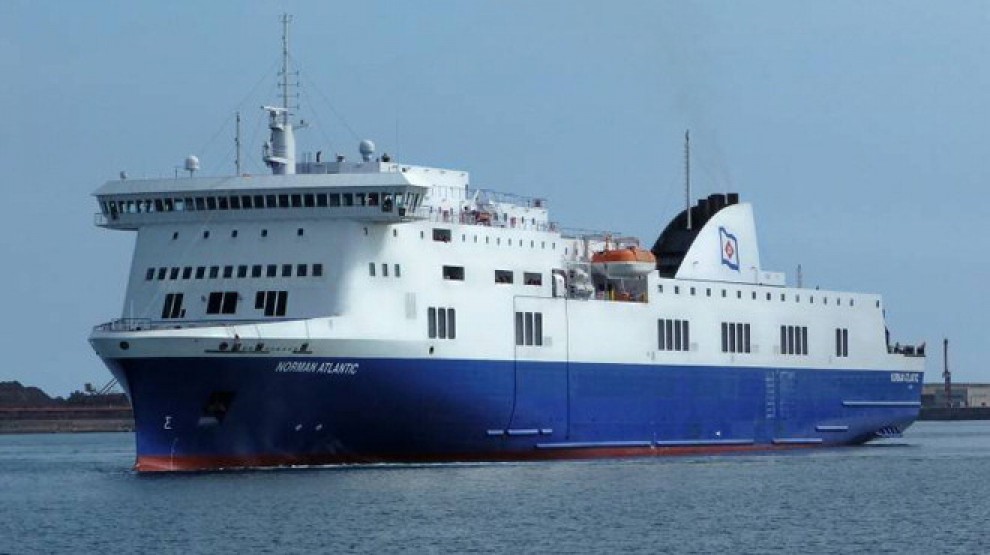 From the international press at the time:

“There is an embarkation list on which the names of the 427 passengers and 56 crew appear,” Mr Lupi said. “It is up to the departure port to match up their list and the people (rescued). “That is why we are continuing our (search) effort: we cannot know what the exact number was.”

Italian and Greek authorities have both opened a criminal investigation. The ship had just been inspected at Patras on 19 December and the six serious deficiencies found, involved emergency lighting, fire doors and lifesaving capacity. Notice had been given of 15 days to remedy the deficiencies. Both Italian and Greek (Greek Anek Lines were chartering the ship) authorities are involved. There are reports that the sprinkler system emitted little or no water, but pumped out smoke, while the system’s water intakes in the hull may have been clogged with sea-life.

The image below is a screenshot of the inspection report published on the organization’s website (we added the red highlights):

Rear Admiral John Lang, formerly Chief Inspector at Britain’s Marine Accident Investigation Branch, has been quoted as saying: “The emergency, under freezing stormy conditions at night – challenges many of the established conventions and wisdom on how a mass rescue should be conducted…” saying that “the right rather than the convenient conclusions should be drawn”.

He added crucially…”Rarely has the outcome of a comprehensive and thorough investigation been more important for improving safety at sea.”

Click on below image to download the presentation of the investigation from the Italian Ministry of Transport: 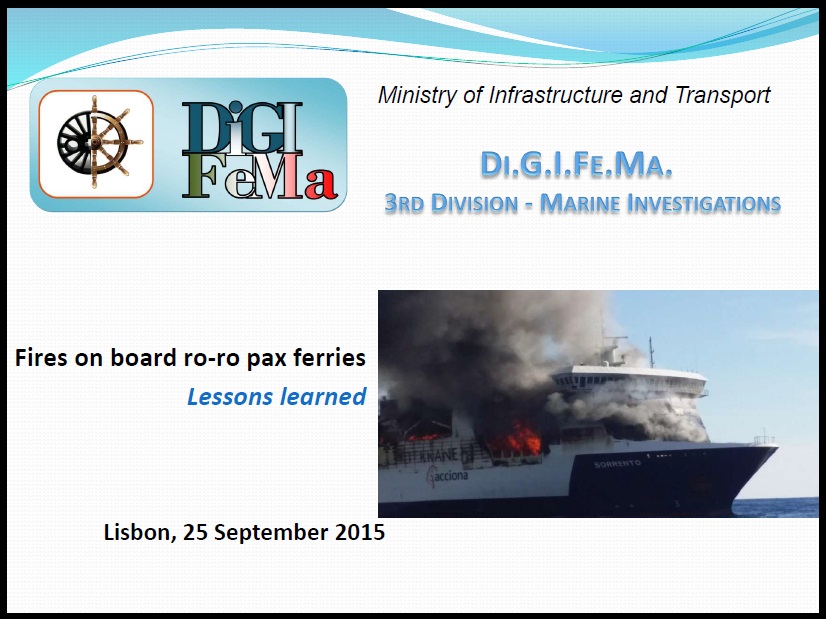 Passengers of the stricken car ferry Norman Atlantic are helped from the container ship Spirit of Piraeus in Bari harbour, after being rescued on December 29, 2014. (Reuters: Yara Nardi).

“We are doing everything we can to save those on board and no one will be left helpless in this tough situation,” he said.

An international rescue effort was underway in high winds after a car ferry (NORMAN ATLANTIC) carrying 466 passengers and crew caught fire while sailing from Greece to Italy and its captain ordered its evacuation, officials said on Sunday.

“They tried to lower some boats, but not all of us could get in. There is no coordination,” one said. “It’s dark, the bottom of the vessel is on fire. We are on the bridge, we can see a boat approaching … we opened some boxes and got some life vests. We are trying to save ourselves.”

View below a documentary on the Norman Atlantic Fire: