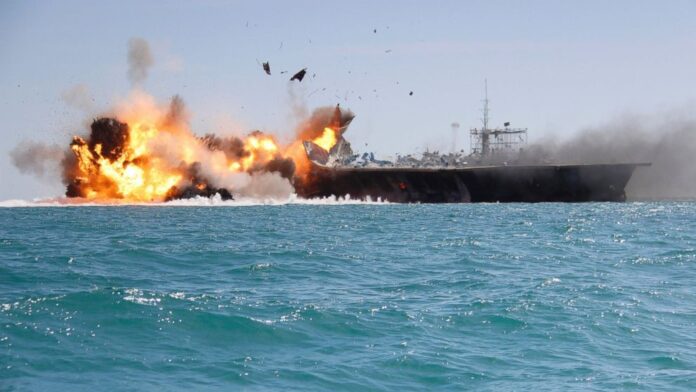 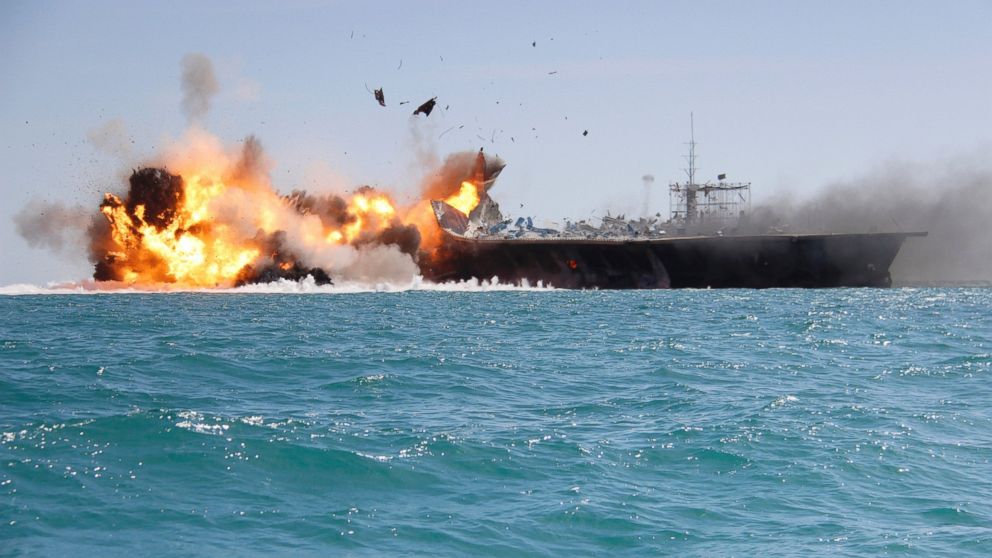 A replica of a U.S. aircraft carrier was damaged Wednesday by Iran's Revolutionary Guard during military drills in the Persian Gulf's Strait of Hormuz The full-scale replica was the target of an attack by cruise missiles, ballistic missiles and rockets fired from Revolutionary Guard speedboats. The naval exercises were staged in the strategic strait through which one-fifth of the world's oil supply travels.

Use of a full-scale model of a U.S. ship was a first for the Iranian Navy. Video of the exercise, seen on Iranian television, included the on-screen comment, "If the Americans are ready to be buried at the bottom of the waters of the Persian Gulf, so be it." Adm. Ali Fadavi, chief of the Navy unit conducting the drill, said, "American aircraft carriers are very big ammunition depots," and Chief Commander Gen. Mohammed Ali Jafari said the exercise sent a message to "extraterritorial enemies," referring to the United States.The war games began Wednesday and will continue for several days, the semi-official Iranian news agency FARS said. CLICK HERE TO SEE THE MOVIE

The U.S. Navy 5th Fleet, headquartered in Bahrain, downplayed the spectacle, a spokesman expressing confidence in "our naval forces' ability to defend themselves." Fifth Fleet Cmd. Kevin Stephens said, "It seems they've attempted to destroy the equivalent of a Hollywood movie set."The United States, with Britain, Russia, France, China and Germany, is currently engaged in negotiations with Iran to diminish Iran's capability to construct nuclear weapons.