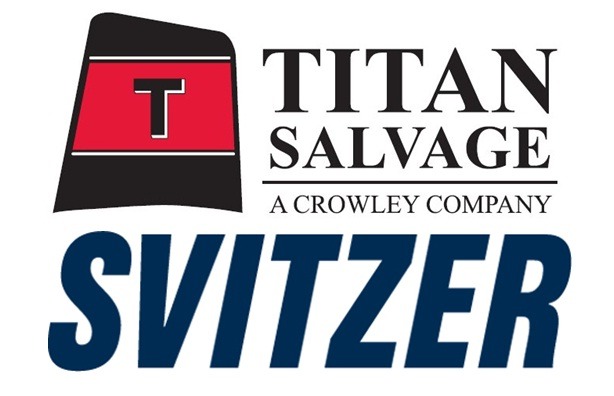 21 April 2015 - Crowley Maritime Corp. and Svitzer Salvage have reached an agreement to merge their salvage divisions to create a new company named “Ardent”. The company will be equally owned by Crowley and Svitzer, and will commence operations on 1 May 2015.

Svitzer Salvage, a longstanding market leader in emergency response, and Titan Salvage, a leading wreck removal company among other things known for raising the Costa Concordia, will bring together their strong heritages and expertise in an entirely new entity that will offer customers an even broader range of capabilities and marine related services.

“The company will become an industry leader in wreck removal and emergency response,” said Peter Pietka, chief executive officer of “Ardent” (formerly CEO of Svitzer Salvage). “Further, while remaining integral to our new company, emergency response and wreck removal will be part of a wider ecosystem of services. We have come together to build a more modern and effective offering for the maritime sector.”

Chris Peterson, vice president of Titan Salvage adds, “This merger brings together some of the most experienced, highly regarded salvage experts in the world. Our combined strength means we can provide a stronger network in key global locations, it means best practices shared globally and it means a broad range of proven marine capabilities that will best serve the maritime industry for a long time to come.”

“Ardent” will be headquartered in Houston, Texas, and also have operational offices in the Netherlands, the United Kingdom and Singapore. The company will also have supporting offices in Australia, Brazil, South Korea, Greece, South Africa, among other regions.

“The real power and benefit for the industry of our merged business will be its capacity and ability to adapt to the changing needs of our customers,” said Pietka. “Ardent will serve as a strong platform for organic growth and new expansion opportunities in complementary businesses such as underwater services and offshore decommissioning. Structured for growth and diversification, we will create new opportunities for the company and its employees.”
In recent years, Svitzer has focused on being the loss mitigation partner for the marine industry through their preparedness department and emergency response services. “The creation of the new company with Titan is the next step to becoming the safe choice for the industry,” said Pietka. “Not only can clients trust that operations will be carried out safely, but they can also rest assured that their interests will be cared for to the highest standards.”

The new company will operate under the name “Ardent”, which means intensely devoted, and that is the culture the company wishes to create – absolute commitment to the things it does and to the clients and stakeholders it serves.

The new executive management team will be led by Peter Pietka; with Jeff Andreini, chief financial officer; Renier van den Bichelaer, chief commercial officer; and Paul van’t Hof, chief operations officer; and Chris Peterson, merger manager.
“Ardent” will begin operating 1 May as one legal and financial entity under a singular management team, after which there will be a short transitional period in which the two companies will fully integrate all operational systems including IT, HSEQ, financial, commercial and operations. During this transitional period all customers should initially continue to contact Titan or Svitzer Salvage via existing phone numbers and email addresses. Clients will immediately begin receiving the benefit of the increased strength and the broader support network associated with the merged companies.

About Svitzer Salvage
Svitzer Salvage is part of the Svitzer Group, a leading towage and marine salvage company. Svitzer Salvage’s headquarters are located in Ijmuiden, the Netherlands and supported by key response locations in the United States, Singapore, South Africa, Australia and Brazil.

For more than 180 years, Svitzer has been at the forefront of providing specialized marine services. With a fleet of more than 400 vessels across more than 40 countries Svitzer offers solutions in the fields of harbor towage, terminal towage, and offshore marine services, as well as emergency response, preparedness, and salvage operations. Svitzer is part of the Maersk Group. For more information, visit www.svitzer.com.

About TITAN Salvage
TITAN, a wholly owned subsidiary of Crowley Maritime Corporation, is a worldwide marine salvage, emergency response and wreck removal company based in Houston, Texas, that has performed more than 450 salvage and wreck removal projects since 1980, including some of the most technically demanding projects ever undertaken. The company also has offices and equipment depots in the UK, Singapore & Australia. TITAN responds to vessel emergencies around the world and is able to mobilize a worldwide network of expert salvage professionals and specialized, portable equipment within hours of activation. For more information, visit www.titansalvage.com.