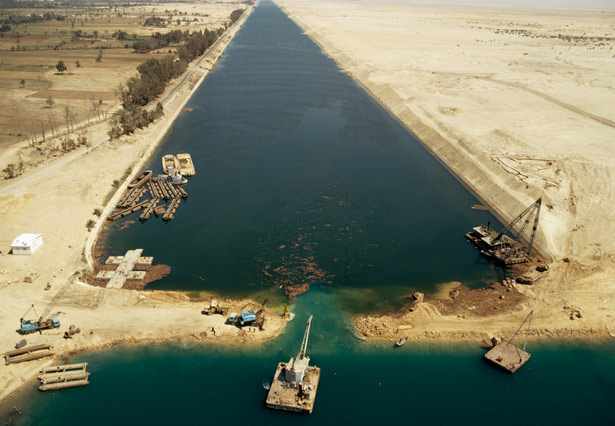 Egypt will inaugurate the New Suez Canal on August 6, 2015, which will massively increase the capacity of the existing canal and offer an important chance to boost the country’s struggling economy.

"The new waterway will be inaugurated on August 6. The entire project is Egyptian... the idea, the planning, and the funding... the project will once again put Egypt on the world investment map," head of the Suez Canal Authority Mohab Mameesh told reporters in the canal city of Ismailiya.

The army began construction of the $8-billion canal 10 months ago. The new route reportedly will reduce navigation time from the current 22 to 11 hours. Both canals will be connected by four smaller waterways and together will continue to provide the fastest route for shipping between Europe and Asia.

The canal is considered a “national project” in Egypt, which has been battered by economic and political turmoil since president Hosni Mubarak was ousted in March 2011.

Eighty-five percent of dredging work has already been completed by July 15.

"They are not only digging and dredging, but also preparing the maritime path to be valid and secure for global navigation. We will not allow any ship to pass unless it has navigational security," Mameesh added.

The government also plans to open an international logistics and industrial hub near the Suez Canal, which is hoped to eventually account for a third of Egypt’s economy.

The existing canal earns Egypt $5 billion a year and the new canal, which will allow for two-way traffic of larger ships, will boost revenue to $15 billion by 2023. If the hub projects are also fully realized then Egypt could earn an extra $100 billion a year.