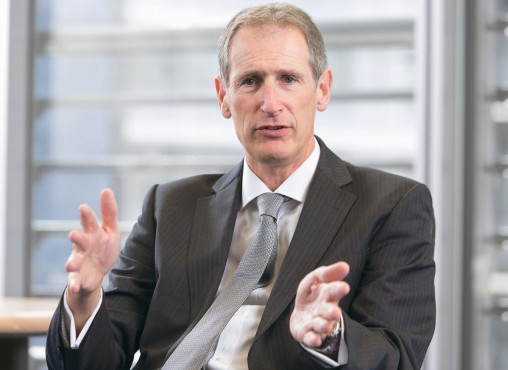 Richard Sadler of Lloyd’s Register (LR) will step down as CEO at the end of 2015. The LR board of directors has announced the appointment of current CFO, Alastair Marsh, as his successor.

Since Richard Sadler’s appointment as CEO in 2007, he and the executive team have implemented a group strategy that has seen LR diversify its service portfolio and grow to a  turnover business.After eight years in the role, Richard indicated to the board of directors that he would like to step down and pursue new challenges. Over the past six months, the board of directors have conducted an internal and external review of potential successors and agreed that Alastair Marsh possesses the capability and leadership to take on the role as LR’s next CEO.

Alastair Marsh joined LR as Group Financial Controller in April 2007 and was appointed as group finance director in April 2008. Previously he held a number of senior financial management positions, including CFO and company secretary of Superscape Group, and prior to that he held similar roles at Easynet Group, Laporte, and NCR Corp.

Alastair is a graduate in business studies & accounting from Edinburgh University and a member of the Institute of Chartered Accountants of Scotland. He worked with Price Waterhouse for five years, in both their Edinburgh and Brisbane offices, on a broad range of audit and corporate finance clients, covering a wide range of industries. Alastair also sits on the board as executive director and a number of boards of subsidiary companies. Alastair’s role as CEO will be effective on 1 October 2015. FP&A Director Simon Nice will take up the role of interim group financial director during the transition.

Richard Sadler said: “When I was appointed in 2007, I made a public commitment that I would serve as CEO for five years. After eight years in the role I believe it is now time to step down to pursue new challenges while I’m still young enough.  It has been a great honor to serve as CEO of LR – it is a unique organization with a history, purpose and values of which I am immensely proud”.

Having joined LR in 1976 from the Royal Navy, Richard worked in the marine, industrial and offshore sectors before moving overseas for 12 years. He returned to the UK in 1995 as corporate IT business manager and held a number of posts before becoming marine general manager, London in 2000. Richard moved to the Royal Bank of Scotland in 2004 as director of ship asset management, and re-joined LR in 2006 as EMEA director. He formally took up the position of CEO on 1 July 2007.

Alastair Marsh said: “I feel very privileged to have been asked by the LR Board to take over from Richard as CEO.  I am passionate about LR as an organization and I am delighted to have been given the opportunity to lead LR through what promises to be exciting and challenging times ahead for the clients and industries we serve.”