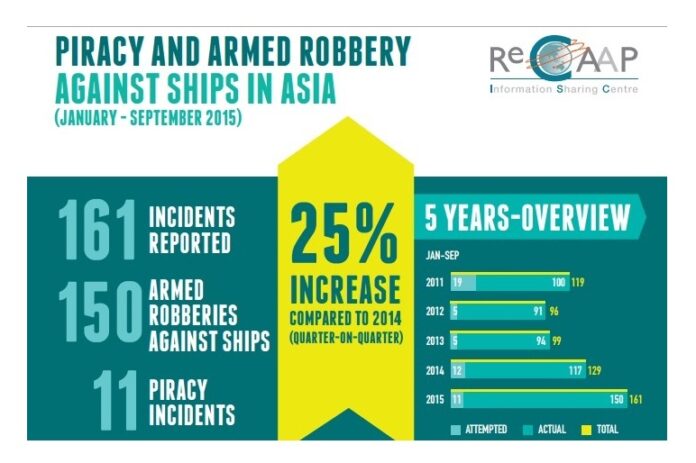 Regional Cooperation Agreement on Combating Piracy and Armed Robbery against Ships in Asia (ReCAAP) Information Sharing Center, has issued am Infographic to depict the status of maritime piracy, during the first half of 2015.

ReCAAP notes that during January- September 2015, sea robberies on board ships while underway had increased while hijacking of tankers for theft of cargo oil are within 1-2 incidents a month (on an average) still remains a concern. 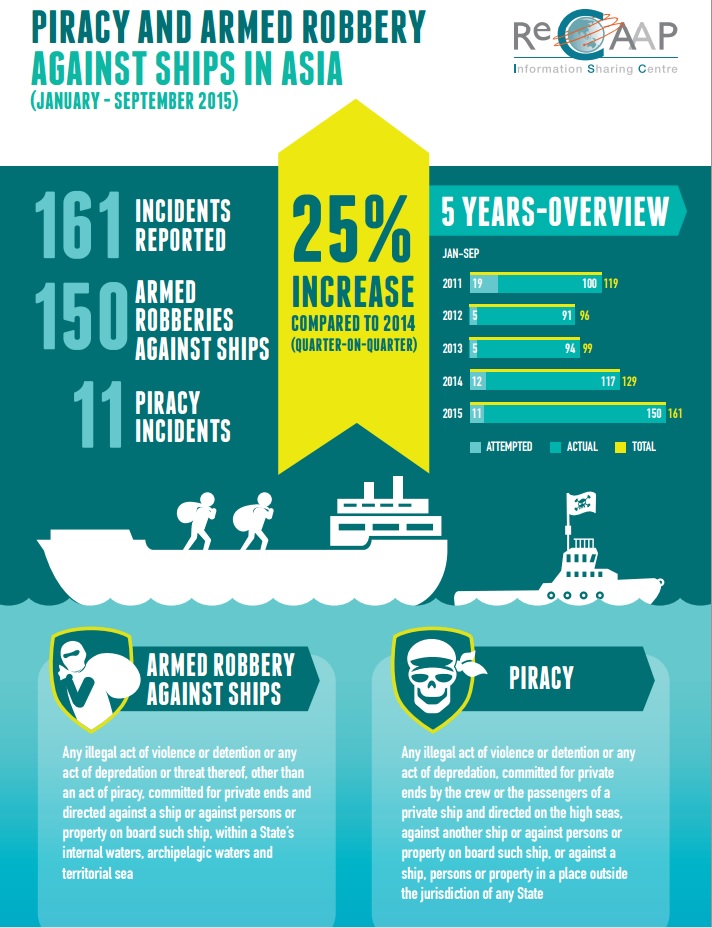 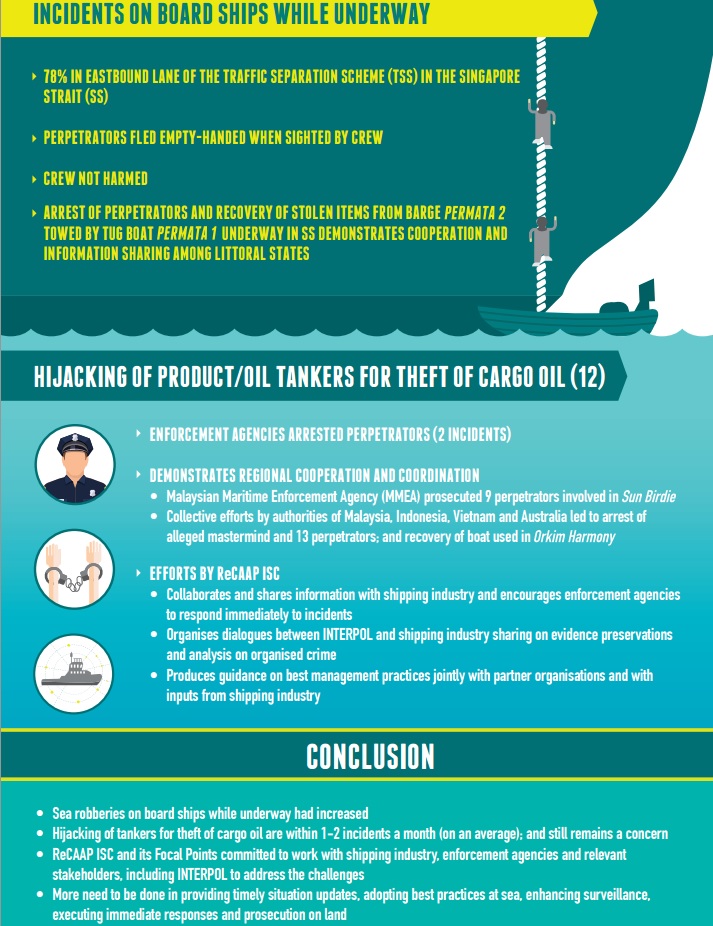