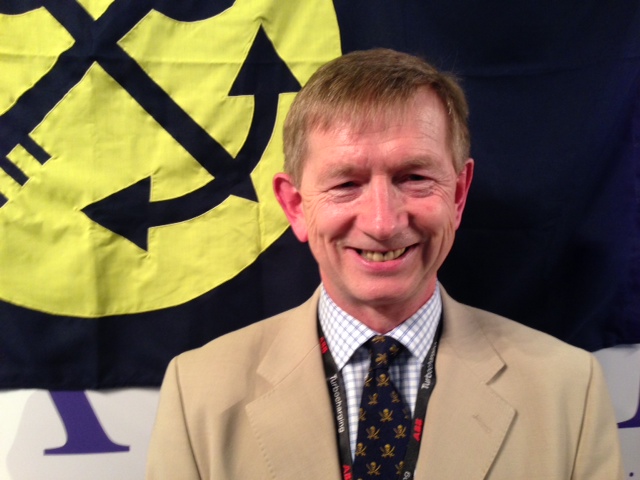 After 5 distinguished years of representing the private maritime security industry the Directors of the Security Association for the Maritime Industry Ltd (SAMI) have made the decision to put the company into voluntary liquidation.

SAMI was formed when piracy and hijackings off the coast of Somalia prevailed, but since the first members joined in April 2011 much has changed. The CEO of SAMI, Peter Cook said, “There has not been a successful hijacking of a commercial vessel in the High Risk Area since May 2012 and this is principally due to the increasing competence and professionalism of the private maritime security industry. This is the task SAMI set out to achieve and we have done it.”

The industry has also evolved and consolidated significantly; our membership has fallen from its peak of 180 to less than half that figure. Consequently the Association is no longer financially sustainable in its current configuration.

The SAMI Secretariat has worked tirelessly, on behalf of its membership, to represent them in as many influential forums as possible around the world and to establish an effective regulatory structure for the use of armed guards on board
ships in the pirate-infested waters of the Indian Ocean.

It is globally recognised that SAMI has had a very positive influence on the development of the use of armed guards on board ships in the North-West Indian Ocean. As noted by a former commander of the naval task force EUNAVFOR, the
private maritime security industry “has a 100% rate of success”, thereby, protecting many thousands of seafarers from pirate attacks and the horrors and deprivations of being held hostage. SAMI has also reassured ship owners, charterers and marine insurers of a high standard of professionalism from the Privately Contracted Armed Security Personnel (PCASP) providing a measured and proportionate response to deter pirates from attacking ships transiting the High Risk Area.

Yordie Wiebes of Shore & Offshore Security, the Chairman of SAMI members’ Industry Steering Group (ISG), said “SAMI has done a fantastic job in bringing together this new international industry over the past 5 years. It has provided a
focal point for the shipping industry and the members alike. SAMI has, on our behalf, led the way in the formulation of a robust regulatory structure for the use of armed guards on ships in the High Risk Area which has allowed us to protect
thousands of innocent seafarers and made significant strides in the raising of professional standards across our industry. Whilst the original SAMI concept has served us well, it is now time to re-evaluate the role that such an organisation plays
in a dynamic maritime security environment.”

Neil Roberts, Manager Marine and Aviation, Lloyd’s Market Association (LMA) said; “There is no doubt that SAMI made a positive contribution to the private maritime security industry by helping to establish improved regulation and, in doing so,
improved how the industry was perceived. Its pioneering work on floating armouries will be an enduring legacy”.

Captain Thomas Heinan, Deputy Commissioner Maritime Affairs, Republic of the Marshall Islands Registry stated; “SAMI has been an essential element to the promotion and development of a quality, responsible private maritime security
industry through its influence and assistance in the development of industry standards. Now that this goal has been achieved, it is only natural to move on to the next challenge. The Marshall Islands Registry would like to thank SAMI for its role in keeping our fleet safe and secure and helping to bring floating armouries under regulatory control.”

Dr Phillip Belcher, Marine Director, INTERTANKO added; “SAMI’s contribution to ensuring a better regulated space was significant. Through the provision of a single point of contact to this industry, shipowners were able to talk sensibly and
proactively at a real time of crisis in the shipping industry. It is a shame that that point of contact is now being lost, but their positive impacts will remain as their legacy.”

Peter Cook commented “We would like to publically thank all current and past members of the SAMI Secretariat, our associates, affiliates, partners and the members that have contributed so much to the success of the Association and the
unique position we have held within the global maritime industry for the past 5 years.”

The Security Association for the Maritime Industry (SAMI) was founded by Peter Cook (a former Royal Marine Officer) and Steven Jones (a former Merchant Navy Officer) in the spring of 2011. At its peak, over 180 Private Maritime Security Companies (PMSC) from more than 35 countries around the globe were members. SAMI was a NGO and not for profit association that represented its extensive membership in the most influential supranational forums such as the UN’s International Contact Group for Piracy Off the Coast of Somalia (CGPCS), the IMO as part of the Marshall Islands delegation, the European Commission’s Stakeholders Advisory Group on Maritime Security (SAGMaS) and the G7++ Friends of Gulf of Guinea (FOGG), exploring ways in which private maritime security could support the protection of seafarers and promote a more secure maritime domain. SAMI was also integrated with the maritime industry, always working alongside the international shipping associations; flag States, marine insurers and lawyers.

SAMI was intimately involved in the development of ISO 28007 from the very start by taking part in the discussions at the IMO which lead to the development of MSC Circulars 1405/1406, which in turn provided the basis for the SAMI Standard developed with SAMI’s Standards and Accreditation Working Group (SAWG). At the beginning of 2012, it became apparent to SAMI that the international maritime community would not accept self-regulation of the industry and so we submitted the SAMI Standard, via the Marshall Islands delegation, to the IMO for consideration. The SAMI Standard was a foundation element of ISO 28007 and our CEO was an integral member of the core drafting team throughout the writing of the standard.

SAMI also worked hard with the marine insurance brokers Marsh to develop the SAMI Facility, a bespoke comprehensive insurance package designed specifically for the private maritime security industry. This product was awarded the Lloyd’s List Business Innovation Award in 2013 and the British Insurance Award for Commercial Lines Broker of the Year in 2013 as well.

In spite of some initial resistance, SAMI led the way with a team of international lawyers establishing the 100 Series Rules for the Use of Force (RUF) that would provide the legal structure and substance for PCASP to protect ships against piracy attack, bringing together the International Chamber of Shipping, Marshall Islands Registry and other shipping associations to help develop the rules. This model set of RUF are used extensively today by ships transiting the High Risk Area.

As part of an International EU Consortium, which includes the World Maritime University in Malmo and several major maritime industry entities, SAMI was an integral part of the European Commission’s 7th Framework Programme for Research, Technological Development and Demonstration. This clearly evidenced SAMI’s commitment to maritime security utilising not only armed guards but equipment, technology and hardware to mitigate maritime security risks.

SAMI has successfully published eleven editions of a quarterly magazine, providing high quality insight for the maritime industry into the private maritime security industry as it evolved, and exploring many aspects not covered by other publications.

The Association also ran a series of 8 events on board HQS Wellington in London, their office since 2012, covering topical questions for the maritime industry including the use of citadels on ships transiting the High Risk Area, port security, 100 Series Rules for the Use of Force, Lessons learnt from Security the implementation of ISO 28007, Maritime Cyber Security and focusing on the very different aspects of maritime security in the Gulf of Guinea.

SAMI has established an impressive global presence across the shipping and marine insurance industries and the Association has won several industry awards including the Lloyd’s List, Newsmaker of the Year award in 2012. The Association’s CEO, Peter Cook, was named by Lloyd’s List as one of the 100 most influential people in the shipping industry in 2012 and 2013.

SAMI has also been invited to speak at a multitude of important conferences and events on countering piracy at sea across the world, providing an unparalleled insight into how this new industry has evolved so competently and commendably.

SAMI was often approached by the international press for comments on maritime security questions to provide an informed comment on the complicated issues of providing armed security on ships and the advantages of using professional PMSCs.