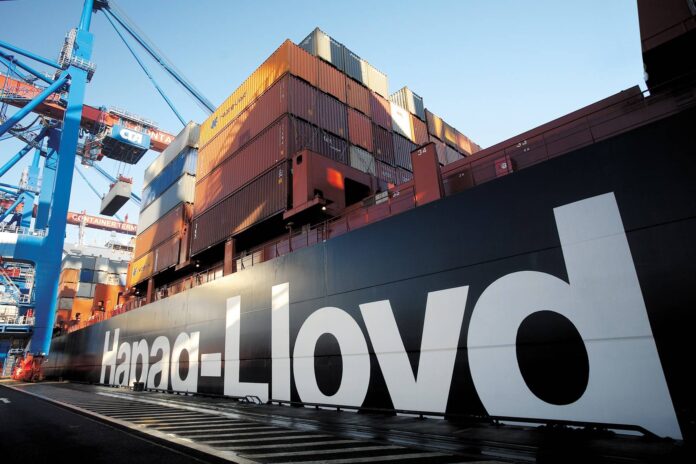 German container shipping line Hapag-Lloyd AG has agreed a merger deal with United Arab Shipping Company (UASC), creating a group with an estimated value of 7 to 8 billion euros(5.78-6.68 billion pound), as both seek to weather a market downturn.

Hapag-Lloyd said its supervisory board had approved the deal, which would see it take all shares in Kuwait-based UASC, majority-held by the government of Qatar. Hapag-Lloyd's anchor shareholders and UASC shareholders still need to give consent.

An extraordinary general meeting of UASC will be held in Dubai on June 29, Hapag-Lloyd said in a statement.

Container shipping has seen a wave a mergers and acquisitions, particularly in Asia, as companies try to grab a bigger share of a depressed market. The industry is suffering its worst downturn since its origins in the 1950s and 1960s due to a combination of weak consumer demand and overcapacity.

Plans for the deal were unveiled in April. It received backing by UASC shareholders earlier this month. Hamburg-based Hapag-Lloyd initially said talks were based on its shareholders owning 72 percent of the combined business.

In a presentation to analysts last month Hapag-Lloyd placed itself fifth globally in terms of carrier capacity, and UASC in eleventh place. A merger would consolidate the group's combined 5th place and get it much closer to the number four - COSCO Container Lines - according to the presentation.

Besides full mergers companies are also seeking alliances and vessel sharing arrangements to pool trips and save money. Hapag-Lloyd last month unveiled a new alliance due to start in April 2017, which it said UASC would join if the merger plans were successful. Hapag-Lloyd merged with Chile's Compania Sud Americana de Vapores (CSAV) in 2014, helping it to swing to profit last year, but its shareholders still view it as too small to thrive.

Through the UASC merger, it would gain access to bigger ships on the important Asia to Europe trade route. UASC for its part would gain wider access to trans-Atlantic and trans-Pacific loops, where Hapag-Lloyd is strong.

Most of the world’s top dozen operators are part of alliances, the most recent of which, called THE Alliance, was formed in May and includes Hapag-Lloyd. UASC and debt-ridden South Korean line Hyundai Merchant Marine Co. are the only two left out of the groupings. Their exclusion raised questions about their ability to compete effectively in the world’s most lucrative ocean trade routes.

UASC is owned by the governments of Qatar, Saudi Arabia, Kuwait and the United Arab Emirates. Qatar and Saudi Arabia are the biggest holders, with stakes of 51% and 35%, respectively.

A merger would provide Hapag-Lloyd access to UASC’s six Triple-E’s, part of the world’s biggest class of container ships. The huge vessels have become the weapon of choice in an arms race among the world’s major operators. Triple-E’s, which can cost up to $150 million each, can move more than 18,000 containers and are outfitted with efficient engines that can save on fuel. 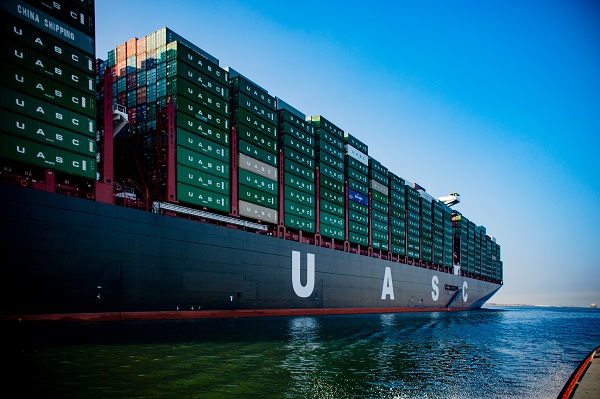