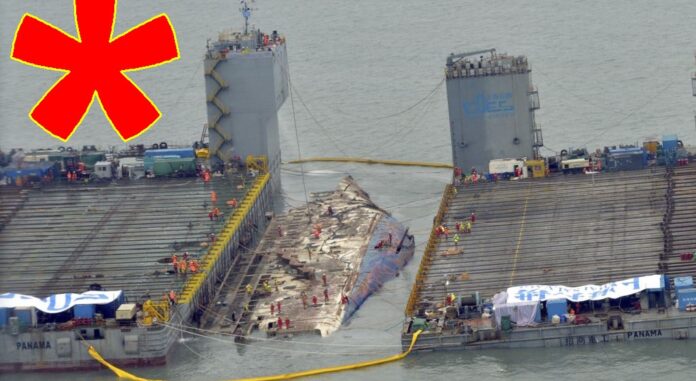 The SEWOL South Korean ferry that sank and killed more than 300 people in 2014 is finally ready to be brought to shore, after being loaded onto transport vessel.

"We just got over one hump … we are trying hard to stay calm," Lee Geum-hee, the mother of a missing school girl, said.

Bringing the Sewol back to the port in Mokpo would be a step toward finding closure to one of the country's deadliest disasters. 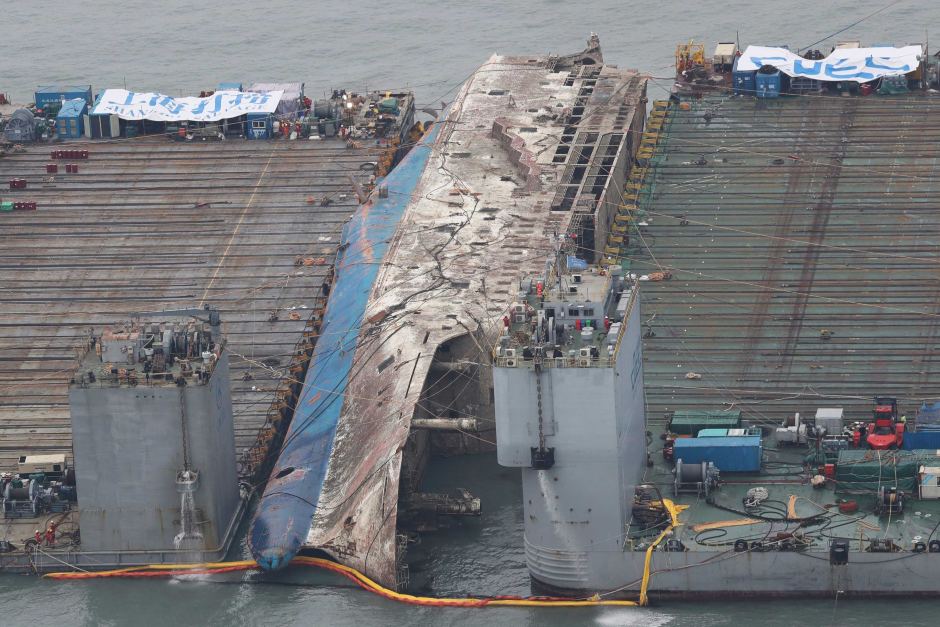 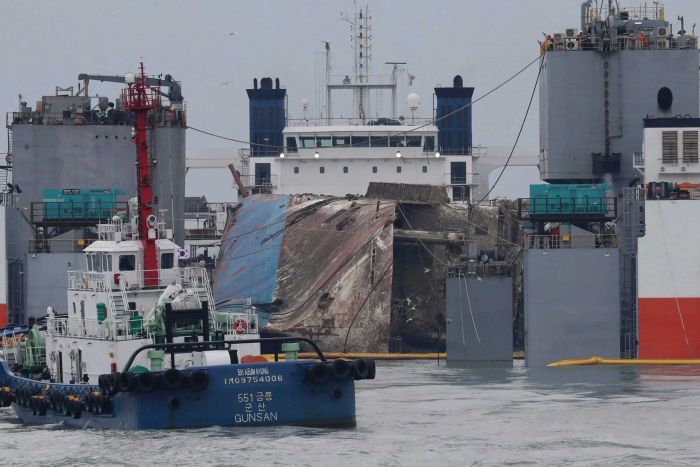 Relatives of the missing victims, some of whom who were watching from two fishing boats just outside the operation area, cried as the blue-and-white right side of the ferry, rusty and scratched and with its painted name "SEWOL" no longer visible, emerged from the waters on Thursday morning.

A group representing the victim's families has also demanded that it be part of an investigation committee that will be formed to further study the cause of the ship's sinking.

The ferry's captain is serving a life prison sentence for committing homicide through "wilful negligence" because he fled the ship without ordering an evacuation. 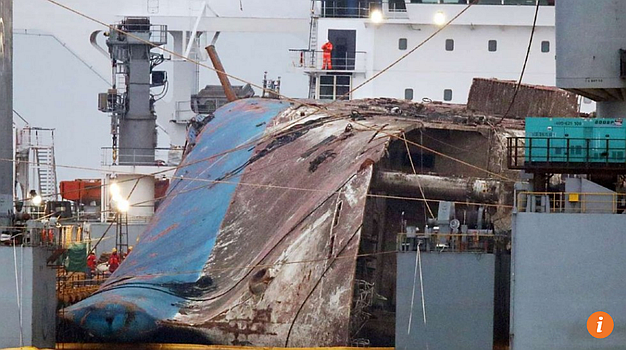 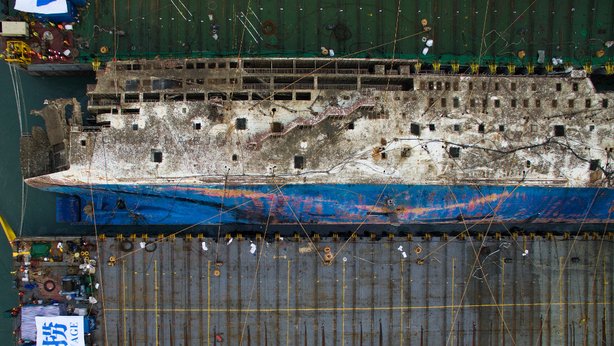 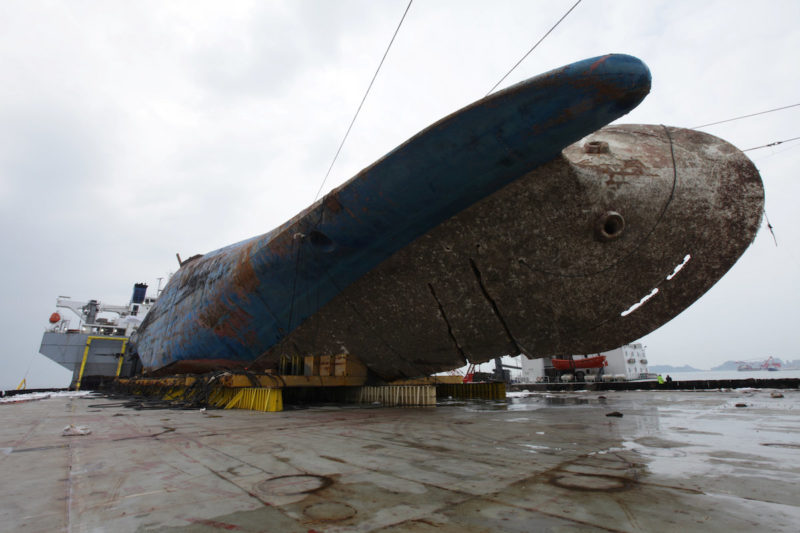 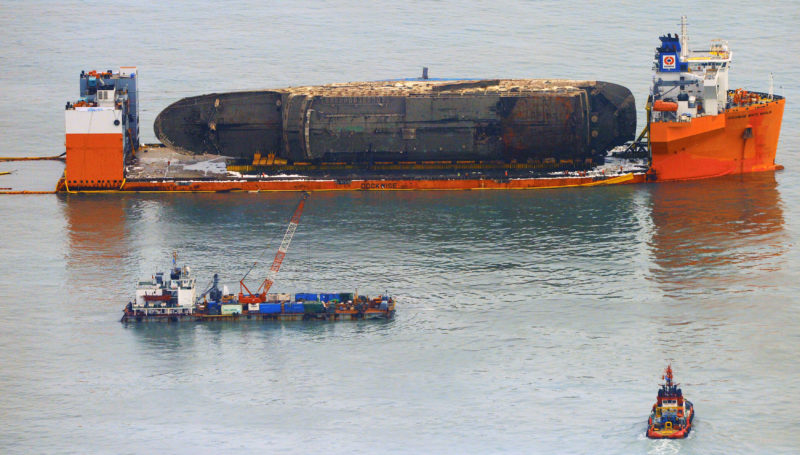 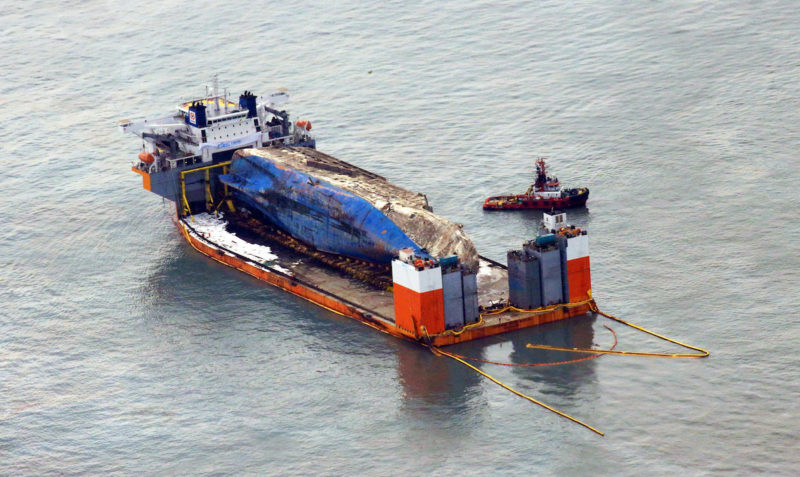 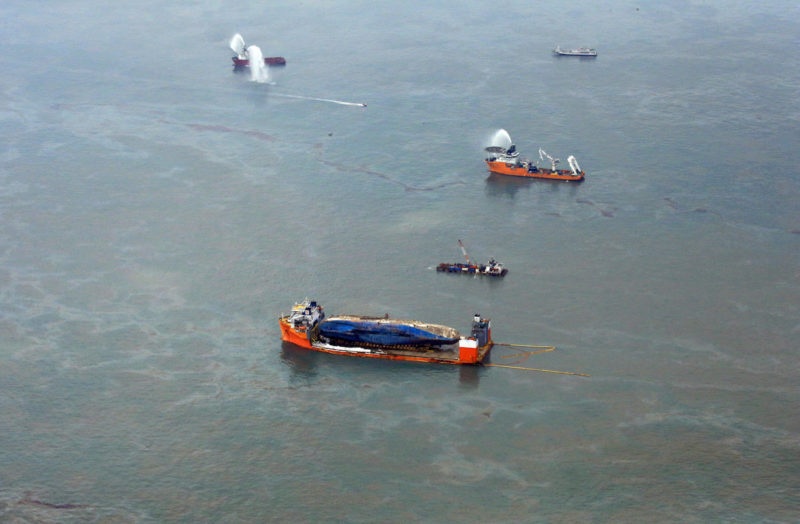