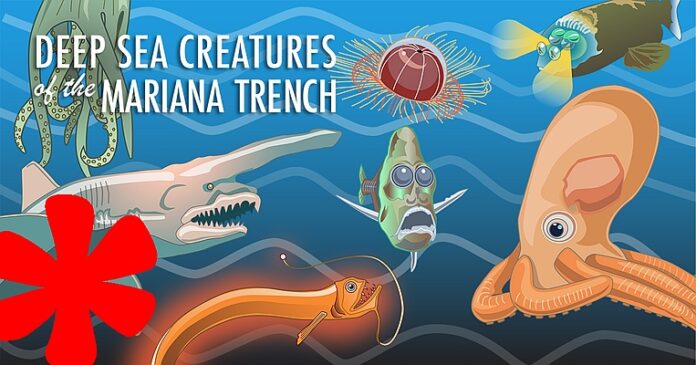 It's a geological feature so massive, so vast and so imposing that it makes Mount Everest look like a mole hill by comparison. Unlike Everest, though, it's nearly invisible and will be forever unseen by the unaided human eye. It's the Mariana Trench, an underwater gash in Earth's crust that's five times longer than the Grand Canyon and much, much deeper.

In fact, the Mariana Trench is the deepest part anywhere in the Earth's oceans. Estimates vary a little, but at its blackest depths, a crease called the Challenger Deep, this abyss is close to 36,037 feet (10,984 meters), or about 6.8 miles (10.9 kilometers) deep. If you inverted Everest and plunged it into the Mariana, it highest craggy peak would fall short of the bottom by more than 7,000 feet (2,134 meters).