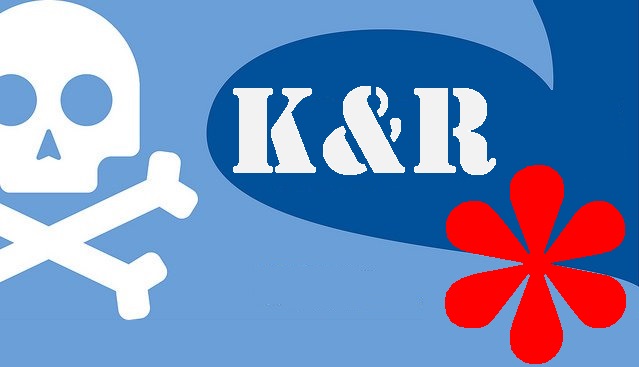 There is a marked increase in shipowners opting for kidnap and ransom insurance across Southeast Asia and the Gulf of Aden region because of recent attacks on merchant vessels, executives involved in the deals in Europe and Asia said during the recent Sea Asia conference in Singapore.

A total of 20 incidents of piracy and armed robbery against ships -- 15 actual and five attempted -- were reported during January-March in Asia, according to anti-piracy watchdog Regional Cooperation Agreement on Combating Piracy and Armed Robbery against Ships in Asia, or ReCAAP. The total is little changed from 17 in Q1 2016.

There are now more queries for K&R insurance and they are increasingly translating into actual purchase by shipowners, said a senior executive with a K&R insurance specialist company.

"Unlike the past, when many owners won't follow up after an initial inquiry, our company is able to sell at least one K&R policy cover a month to companies whose ships move in the Sulu Sea," the executive said. Depending on the voyage plans of a ship, K&R coverage is available for even a short trip or on an annual or multi-year basis.

The trend is significant because billions of dollars worth of commodities are shipped on merchant vessels in the vicinity of the Sulu Sea, according to industry estimates. And the risks are high. As of end-March, 21 of the 58 crew abducted in the Sulu-Celebes Sea region in the previous 12 months were still in captivity, ReCAAP said.

There is also a revival of piracy in the Gulf of Aden and a chemical tanker was attacked as recently as last week. In West Africa, at least 11 serious incidents have been reported this year, including a large bulk carrier, the Eleni M, in the Gulf of Guinea, with six crew members taken hostage in early April.

"The unrest near the Philippines can't be classified as war but it is serious enough to be covered through other forms of insurance," said a Norway-based executive of a major western P&I club.

In the routine course of things, abduction risks may come under P&I cover but insurers are not willing to explicitly pay ransom to abductors.

"We won't pay ransom but the costs involved can be indirectly offset through protective compensation," the Singapore head of a major maritime insurance company said.

Insurance policies are liable to pay compensation for deaths of the crew and to prevent this, they can use a mitigation clause to indirectly compensate the owner for ransom, the Norway-based executive said.

Due to ambiguities over handling of claims arising from piracy attacks in a traditional cover, insurance companies are offering customized packages of K&R.

ReCAAP expressed serious concern over the continued occurrence of incidents involving the abduction of crew from ships sailing through the Sulu-Celebes Sea and waters off Malaysia's Sabah state. During Q1, three abduction and three attempted incidents were reported.

In contrast, the number of reported incidents along India's waters declined to one in Q1 from 10 in the year-ago period.

Premiums for K&R cover in the Sulu-Celebes Sea region are higher than those in the Indian Ocean region but it is not necessarily based on the recent spike in piracy attacks.

"The size of the ships moving along Sulu [Sea] is small and they are easier to board" for pirates, an insurance executive said.

The risk level of ship is based on its size, average speed and gross register tonnage. Many of the small ships with a freeboard of 3-6 meters move at a speed of around 12 knots. Higher speed and freeboard can translate into smaller premiums.

At times, the insurance companies provide a complete coverage package, which includes even negotiations with the pirates and payment of ransom through crisis response consultants.

"The initial demands are often unrealistically high while the abduction is settled for a fraction. The insurance company's management and input is crucial," the executive said.

It is important to have K&R cover for crew onshore to protect them against illegal detention. According to estimates of insurance companies, millions of dollars are paid as ransom annually.

An official at one of the insurance companies S&P Global Platts spoke to said it has a piracy payout capacity of $15 million for each K&R cover, mainly for payment of ransom. Other expenses will be dealt with additionally, including port fees, bunkering, legal fees, personal accidents, consultancy and loss of hire.

DEBATE ON PIRACY VS TERRORISM

Nevertheless, such covers can be tricky due to the thin line between piracy and terrorism. In recent years, countries such as the UK have clarified their positions and reiterated that under their laws, terrorists are not paid to get hostages released.

This applies to the insurance companies as well. Therefore underwriters, lawyers and crisis response consultants working with them undertake appropriate procedures.

There is a standard clause at Lloyd's of London that is applied to all such policies under which coverage to a ship is automatically excluded if it exposes the insurer to the risk of sanctions.

"We will never pay ransom to terrorists organizations such as Abu Sayyaf," said a maritime insurance executive in Singapore.

However, chartering companies point out that killing of crew members by terrorist organizations opens up the possibility of claims under cover for death and dismemberment. Hence, the specific wording used by the underwriter is crucial for both the insurer and the shipowner.