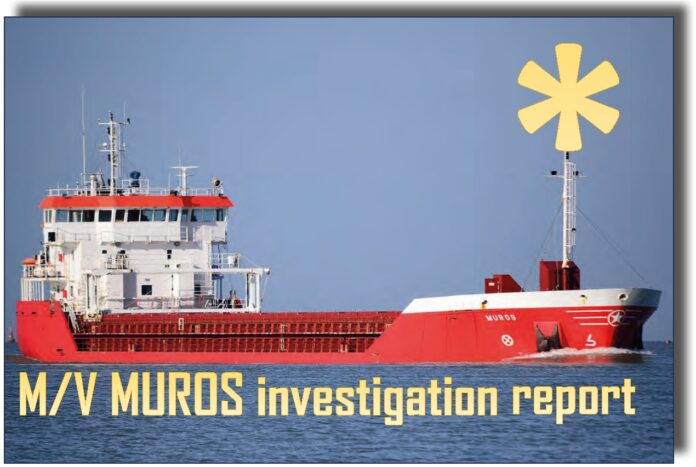 (www.MaritimeCyprus.com) The UK Marine Accident Investigation Branch (MAIB) issued the report of its investigation of the grounding of the bulk carrier Muros on Haisborough Sands on 3 December 2016. Investigation revealed that the second officer revised the passage plan without authority and then used ECDIS on a small-scale chart that did not identify unsafe areas while ignoring ECDIS alarms.

At 0248 (UTC+1) on 3 December 2016, the bulk carrier Muros ran aground on Haisborough Sand on the east coast of the United Kingdom. Attempts to manoeuvre clear of the shallows were unsuccessful but the vessel was re-floated 6 days later with tug assistance.

There were no injuries and no pollution, but damage to Muros’s rudder necessitated the vessel being towed to Rotterdam, Netherlands, for repair.

The MAIB has recently investigated several grounding incidents in which the way the vessels' ECDIS was configured and utilised was contributory. There is increasing evidence to suggest that first generation ECDIS systems were designed primarily to comply with the performance standards required by the IMO, as these systems became a mandatory requirement on ships, with insufficient attention being given to the needs of the end user.

As a consequence, ECDIS systems are often not intuitive to use and lack the functionality needed to accommodate accurate passage planning in confined waters. This situation has led to seafarers using ECDIS in ways which are at variance with the instructions and guidance provided by the manufacturers and/or expected by regulators.

The MAIB is conducting a safety study, in collaboration with the Danish Maritime Accident Investigation Board, designed to more fully understand why operators are not using ECDIS as envisaged by regulators and the system manufacturers. The overarching objective is to provide comprehensive data that can be used to improve the functionality of future ECDIS systems by encouraging the greater use of operator experience and human centred design principles. 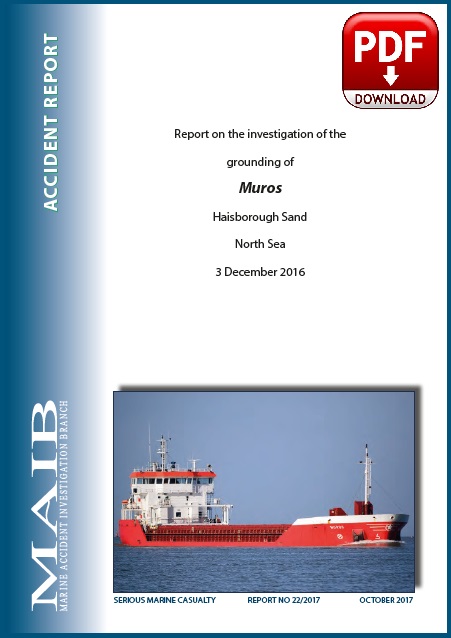