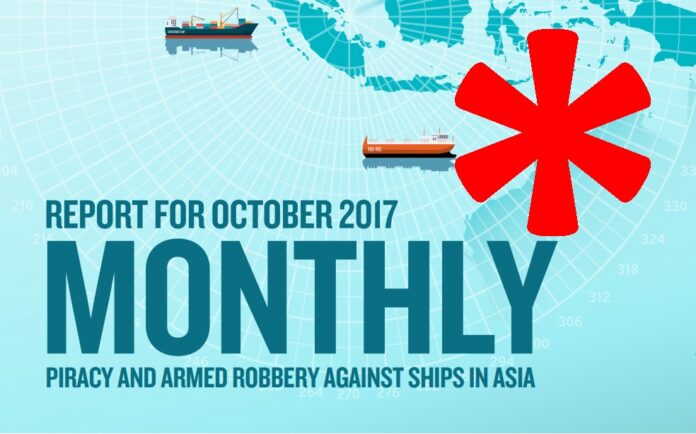 A total of nine incidents of piracy and armed robbery against ships were reported in October 2017.

Of these, seven were actual incidents and two were attempted incidents. Of the nine incidents, two were piracy incidents and seven were armed robberies against ships. There was no actual or attempted incident involving the abduction of crew from ships reported in the Sulu-Celebes Sea and waters off Eastern Sabah in October 2017. Also, there was no incident involving the hijacking of ship for theft of oil cargo reported in October 2017. However, there has been an increase in the number of incidents occurred on board ships while underway in the Straits of Malacca and Singapore (SOMS).

There was no report of incident of abduction of crew from ships in the Sulu-Celebes Sea and waters off Eastern Sabah, and no report of hijacking of ship for theft of oil cargo in October 2017. However, of concern was the increase in the number of incidents occurred in SOMS. During January - October 2017, seven incidents were reported in SOMS compared to two incidents reported during the same period in 2016.

The ReCAAP ISC advises all ships transiting the areas of concern to enhance vigilance especially during hours of darkness and report all incidents to the nearest coastal State and flag State immediately. The ReCAAP ISC emphasises the importance of collective and shared responsibility among all stakeholders including the littoral States’ enforcement agencies and shipping industry to institutionalise their efforts at sea and on land. 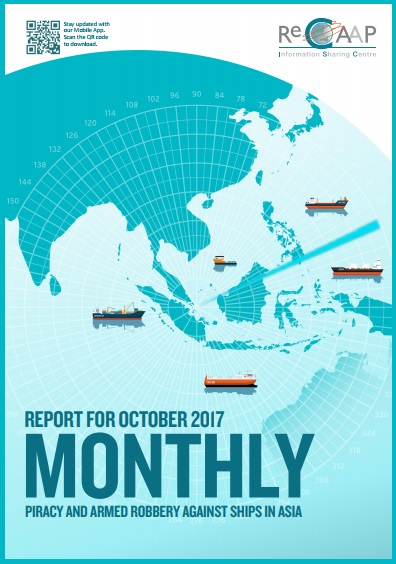