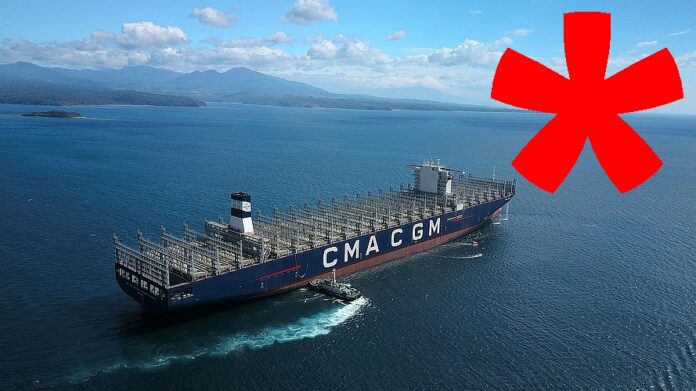 The CMA CGM Group, a world leader in maritime transportation, is pleased to announce the arrival in its fleet of its new flagship and world’s biggest containership flying the French flag: CMA CGM ANTOINE DE SAINT EXUPERY. With a capacity of 20,600 TEUs (Twenty Foot Equivalent Unit), it is a strong symbol of the Group’s dynamism and development.

A vessel with exceptional dimensions

The ship bears the Group’s new visual identity, which reflects its dynamism.

A technological-advanced ship for the protection of the environment

Antoine de Saint-Exupéry, a symbol of France and its influence

By naming its flagship CMA CGM ANTOINE OF SAINT EXUPERY, the Group pays tribute to the pioneer of the Aéropostale, the writer and the poet, known for his values ​​of humanism and responsibility, values that CMA CGM have been sharing and conveying for 40 years.

Antoine de Saint-Exupéry, whose work is known on all 5 continents, is also one of France’s strongest symbols. Thanks to its presence in more than 160 countries, the CMA CGM Group contributes daily to France’s influence worldwide, promoting its expertise and dynamism.

Entry into service on the most emblematic sea route

CMA CGM ANTOINE DE SAINT EXUPERY will enter into service on February 6th on the FAL 1 service (French Asia Line 1), the longest sea route in the world which connects Asia to Northern Europe. This line offers a weekly service to 16 ports of call for a duration of 84 days.