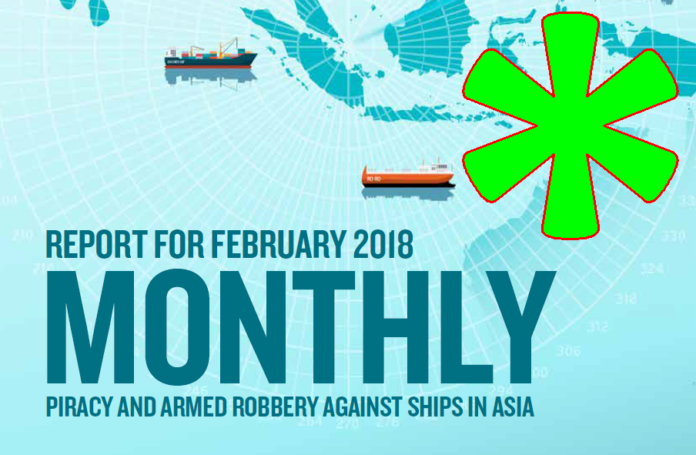 (www.MaritimeCyprus.com) The Regional Cooperation Agreement on Combating Piracy and Armed Robbery against Ships in Asia (ReCAAP) is the first regional government-to-government agreement to promote and enhance cooperation against piracy and armed robbery in Asia. The ReCAAP Information Sharing Centre posted a its February Report concerning piracy and armed robbery against ships in Asian waters. A total of five reports were received (three actual and two attempted). This compared favorably with the seven such reports received in February 2017.

OVERVIEW
A total of five incidents of armed robbery against ships¹ were reported in Asia in February 2018. No piracy incident was reported. Of the five incidents, three were actual incidents² and two were attempted incidents.

There is no actual incident of abduction of crew and no incident of hijacking of ship for theft of oil cargo reported in February 2018. 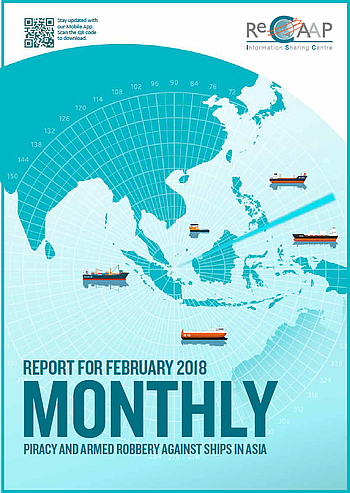