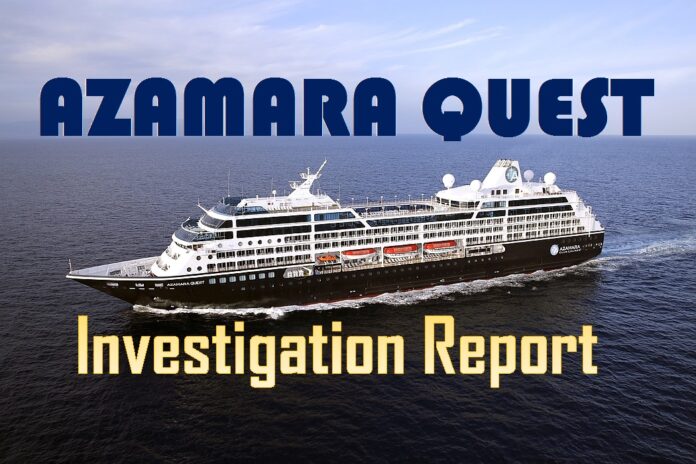 (www.MaritimeCyprus.com) The New Zealand Transport Accident Investigation Commission (TAIC) issued the report of its investigation of the 27 January 2016 incident when the passenger vessel Azamara Quest struck Wheki Rock while entering the port of Picton. A harbor pilot boarded the vessel outside the entrance to Tory Channel.

The master and pilot exchanged information and discussed the passage plan through Tory Channel to Picton, in particular the strong currents in the tight turn required on entry to Tory Channel. However, due to miscommunication the passage inwards began with the master and pilot having different understandings of how the first turn would be conducted. As a result the turn was initiated late and the ship never achieved a sufficient rate of turn to avoid contacting the rock.

The incident caused minor damage to the hull and damage to one propeller. Nobody was injured. The investigation found that the bridge team had no common (agreed) understanding of the plan for the ship to make the turn into the channel because the details of how the turn would be made and the influence the tide would have on the ship during the turn had not been clearly communicated. Therefore, with no agreed plan, the task of the bridge team monitoring the ship’s progress through the turn was set up to fail. 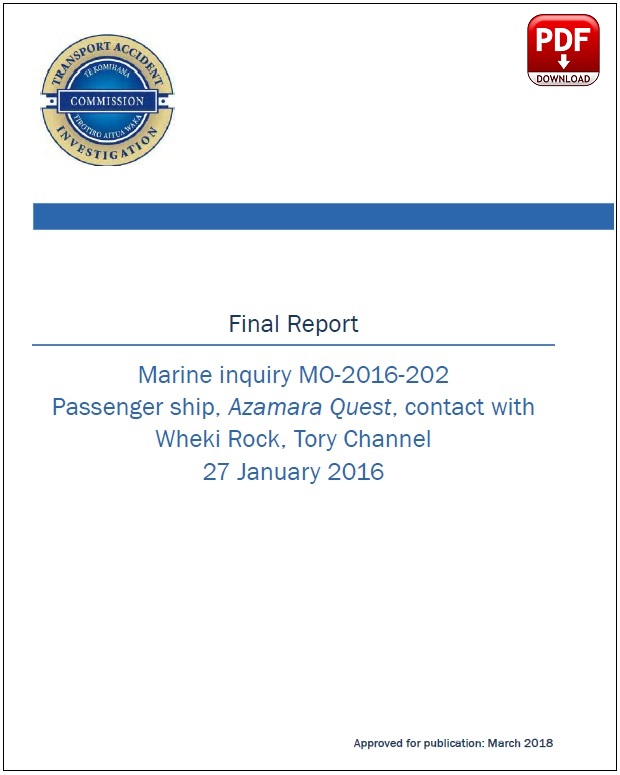