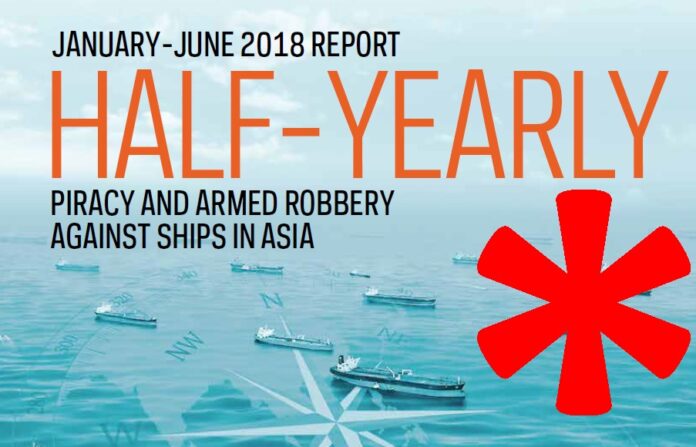 There were improvements at ports and anchorages in Asia during January-June 2018 compared to the same period of 2017. The improvement was most apparent in Bangladesh and Philippines.

Several arrests of perpetrators and/or recovery of stolen items were reported in Bangladesh (Chittagong Port), Philippines (South Harbour, Manila) and India (off Alang, Gujarat). There was no actual incident of abduction of crew in the Sulu-Celebes Seas during January-June 2018. Likewise, no successful theft of oil cargo incident was reported during the same period. The ReCAAP ISC commends the Malaysian Maritime Enforcement Agency (MMEA) for their successful arrest of the mastermind and perpetrators involved in the incident involving tanker Lee Bo for attempt of oil cargo theft on 1 Jun 18.

However, of concern was the increase in incidents on board ships while underway in the Straits of Malacca & Singapore (SOMS) and at Vietnam ports/anchorages during January-June 2018 compared to the same period in 2017.

The ReCAAP ISC encourages ship master and crew to exercise enhanced vigilance and make immediate reporting of all incidents to the nearest coastal State and flag State. The ReCAAP ISC also urges enforcement agencies to provide
quick responses to reports of incidents and render assistance to victim ships.

The ReCAAP ISC emphasises the importance of collective and shared responsibility among all stakeholders including littoral States’ enforcement agencies and shipping industry to institutionalise their efforts on land and at sea.

For more details, click on below image to view the full report. 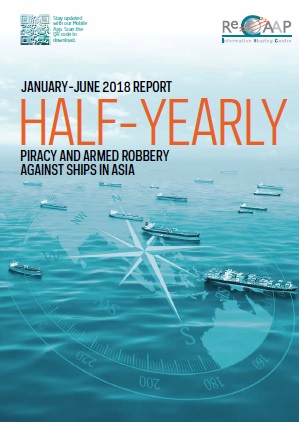