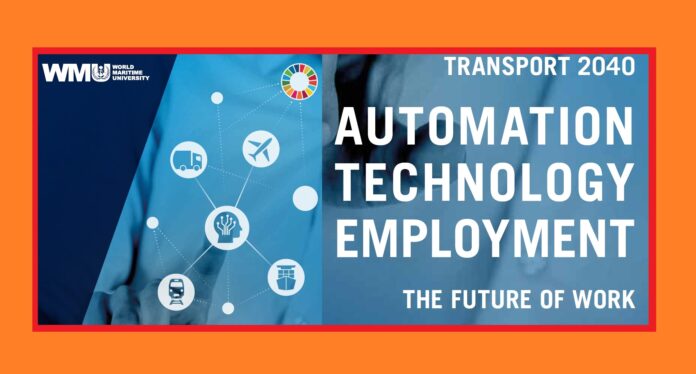 (www.MaritimeCyprus.com) The world is interconnected through global trade on the basis of a transportation industry striving to be more and more efficient. Every year 62.7 trillion tonne-miles of cargo are transported around the world. At the same time, new technologies and automation are displacing some jobs and creating new ones, thereby impacting employment in general.

This has led to a wide discussion about the consequences of automation and technology and the effects that this may have for society at large. Governments, the business sector, trade unions, regulatory bodies and other stakeholders have a keen interest in the discussion of what the consequences of the Fourth Industrial Revolution will be, and how society at large can be prepared for the transformations that may arise from further introduction of advanced technologies and automation.

This report is intended to address the issue of how transportation will change as a result of more technologies and automation. The study that provided the data for this report is the result of intensive research conducted by an interdisciplinary team of experts with input from academia, industry and regulatory bodies during the last 18 months.

The research undertaken forecasts and analyses trends and developments in all four modes of transport up to 2040 with a special emphasis on jobs and employment. This report is based on four pillars: a forecast of technologies; a forecast of global trade and transport; an analysis of the labor force involved in transport; and the development of country profiles that can be used to illustrate the local context for the introduction of technology and automation in a specific country. In this report, we conclude that the introduction of automation in global transport will be evolutionary, rather than revolutionary. While it affects mainly medium- and low-skilled groups, technological change is impacted by local factors.

Despite high levels of automation, qualified human resources with the right skill sets will still be needed in the foreseeable future. This conclusion is based on four key findings.