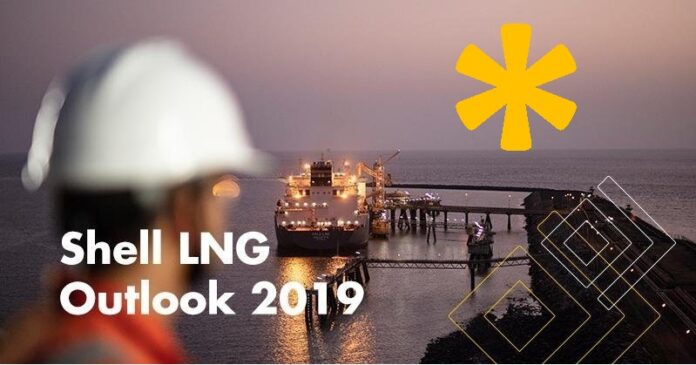 (www.MaritimeCyprus.com) Strong demand for cleaner-burning fuel in Asia continued to drive rapid growth in liquefied natural gas (LNG) use in 2018, with global demand rising by 27 million tonnes to 319 million tonnes, according to Shell’s latest annual LNG Outlook.
Shell expects demand to reach about 384 million tonnes in 2020. Global LNG supply is set to rise by 35 million tonnes in 2019. Both Europe and Asia are expected to absorb all this additional supply. A rebound in new long-term LNG contracting in 2018 could revive investment in liquefaction projects.

Based on current demand projections, Shell still expects supplies to tighten in mid-2020s.

On the supply side, Australian LNG exports caught up with those of long-time leading supplier Qatar towards the end of 2018 and are expected to rise by 10 million tonnes in 2019. Both countries are well-positioned to supply rapidly developing
economies across Asia with gas they need to improve air quality by displacing coal-fired power and heating.

“The continued surge in Chinese LNG imports has helped improve air quality in some of its biggest cities over the last few years. China’s success in making the air cleaner for millions of people shows the critical role that natural gas can play in providing more and cleaner energy to the world,” said Maarten Wetselaar, Integrated Gas and New Energies Director at Shell.

“We saw Asian LNG demand growth exceed expectations again in 2018 and we expect this strong growth to continue. Investment in new supply projects is picking up, but more will be needed soon.”

LNG has played an important role in the global energy system over the last few decades, as an increasing number of countries have turned to natural gas to meet their growing energy needs. LNG trade increased from 100 million tonnes in 2000 to 319 million tonnes in 2018.

New long-term contracts may spur investment New LNG projects typically require long-term sales agreements to secure financing. From 2014 through 2017, LNG buyers had increasingly been looking to sign shorter, smaller and more flexible contracts. Shell warned in its 2018 LNG Outlook that this mismatch between suppliers and buyer needs would have to be resolved to enable developers to go ahead with new projects.

See Shell’s full LNG Outlook for 2019 by clicking on below image: