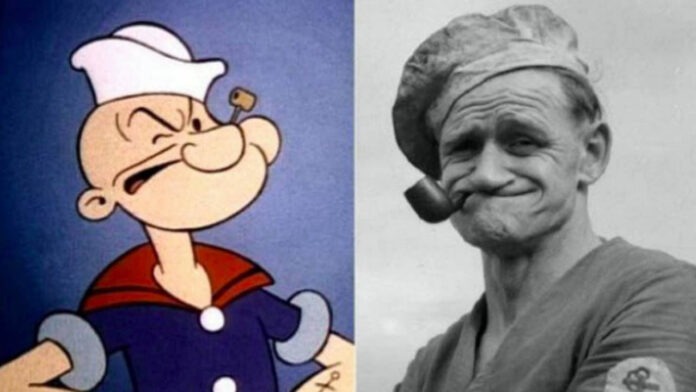 www.MaritimeCyprus.com) Few people know that Popeye's character actually really existed. His real name was Frank 'Rocky' Fiegel, born in Poland on January 27, 1868. He emigrated with his family to America where in 1887 he joined the Navy.

When Popeye's creator met him, he was a retired sailor contracted by Wiebusch’s tavern in the city of Chester, Illinois, to clean and maintain order. He had a reputation to be always involved in fighting, so he had a deformed eye (“Pop-eye”). He had demonstrated his strength in so many fights that he became a local legend.  He always smoked his pipe, so he spoke only with one side of his mouth.

When he was with children he held the pipe with the corner of his mouth and told them the antics of his youth, often boasting of his physical strength and loudly claiming that spinach is the food that makes him invincible.

Popeye's character creator Elzie Crisler Segar was born in Chester and was one of the children who had the privilege of hearing 'live' the stories of the former sailor. 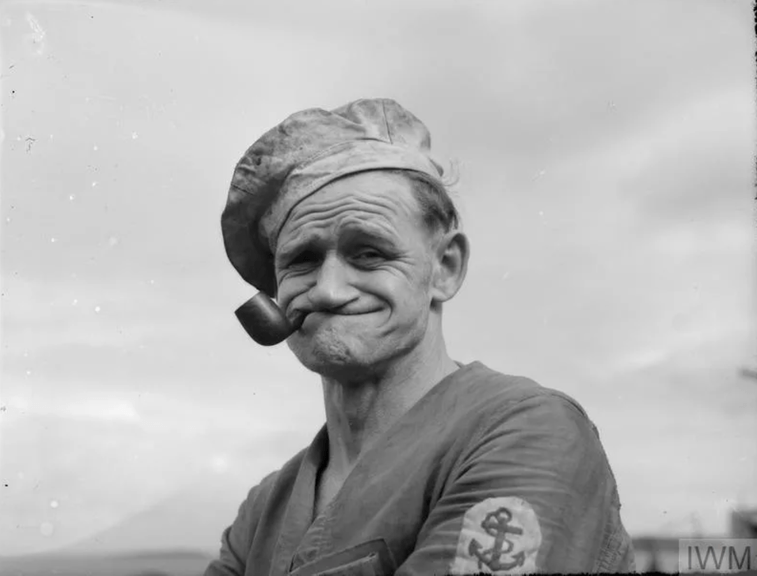 Flashback in Maritime History: the “Cimbria” disaster 19 Jan 1883 – the Story of the “German Titanic”