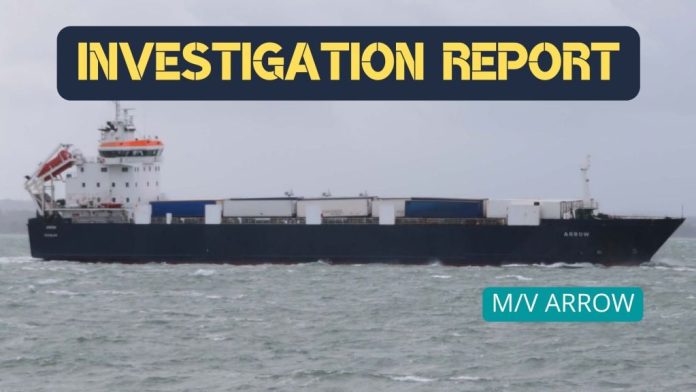 (www.MaritimeCyprus.com) The UK Marine Accident Investigation Branch (MAIB) has published it's report into the grounding of the Seatruck Ferry "Arrow" whilst entering Aberdeen harbour.

The MAIB investigation found that the Bridge Resource Management (BRM) procedures in place on the vessel were poor and this left the deck officer on the bridge "overloaded," ultimately making a deviation from course that resulted in the vessel grounding.

The issue was further complicated by the fact the deck officer was provided by the charterer as he was the holder of a pilot exemption certificate (PEC) - this essentially put him in the role of replacing a pilot but as a junior officer he found it difficult to challenge the organisation of the bridge team. He was new to the team, not used to working in that team dynamic and had been used to operating in an environment with much stronger BRM procedures in place.

This is a good reminder for all operators that they should have in place efficient BRM procedures and also ensure all those working on the bridge are fully trained in the company procedures before taking the watch. It also highlights the importance of good restricted visibility procedures, the lack of visibility vastly increased the workload the officer found himself under and more support was needed by the rest of the team - something that was not provided.

Finally, it serves as an important reminder that the Master remains at all times responsible for the safe navigation of the vessel, regardless of the presence of a pilot or in this case a PEC holder.

For more information, download the full investigation report below: