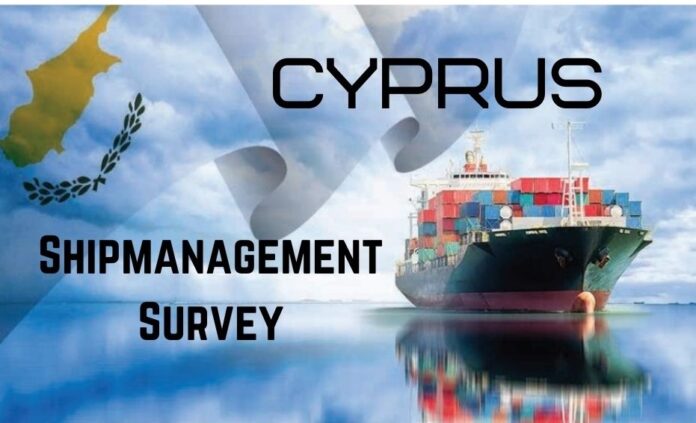 (www.MaritimeCyprus.com) The Central Bank of Cyprus has published the results of the Ship Management Survey for the 2nd half of 2021. This Survey is conducted biannually and it was launched initially in March 2009 and covers residents of Cyprus who provide ship management services to ship owning companies registered both in Cyprus and abroad..

The main developments concerning the transactions of resident ship management companies, are summarised as follows:

Cyprus’ revenues from ship management rose to €516 million during the second half of 2021, corresponding to 4.2 per cent of Cyprus’ GDP in terms of turnover, according to the Central Bank of Cyprus’ ship management survey released.

This marks a steady recovery from the effects of the coronavirus pandemic and the accompanying decline in economic activity observed during 2020.

According to the report, ship management revenues are broken down by country of payment.

Conversely, Singapore, Japan and the United States all experienced a decline.

Moreover, during this period, 32 per cent of larger companies were responsible for 96 per cent of all industry revenue.

This is similar to the first half of 2021 when 32 per cent of larger companies generated 95 per cent of all revenue.

Furthermore, the share of full management services in the second half of 2021 decreased to 43 per cent of the total amount of income generated.

Similarly, crew management services decreased from 49 per cent in the first half of 2021 to 43 per cent of revenue in the latter half of the year.

Nevertheless, these percentages are similar to the levels observed during the second half of 2019, the last year before the pandemic.

The report notes that the choice of flag is a strategic decision for shipowners, especially in the case of open registers that provide significant advantages over the legal and regulatory framework of the ship.

Meanwhile, in contrast to the previous period, the share of revenues resulting from the provision of ship management services to foreign-flagged ships increased to 93 per cent of total revenues in the second half of 2021.

Cross-border expenditure, as it relates to the activities of the ship management sector in Cyprus, increased to €457 million during this period.

“Historically, the industry has a relatively stable spending structure”, the Central Bank said in its report.

“The majority of these concerns crew costs, which accounted for 63 per cent of the total amount in the second half of 2021,” the report added, explaining that most of these payments concerned the remuneration of seafarers of non-EU origin (46 per cent).

Moreover, administration costs represented 12 per cent, while ship management costs (such as spare parts, lubricants, and tanking) corresponded to 25 per cent of the total amount.

See what Cyprus shipping cluster can do for you, by clicking here.