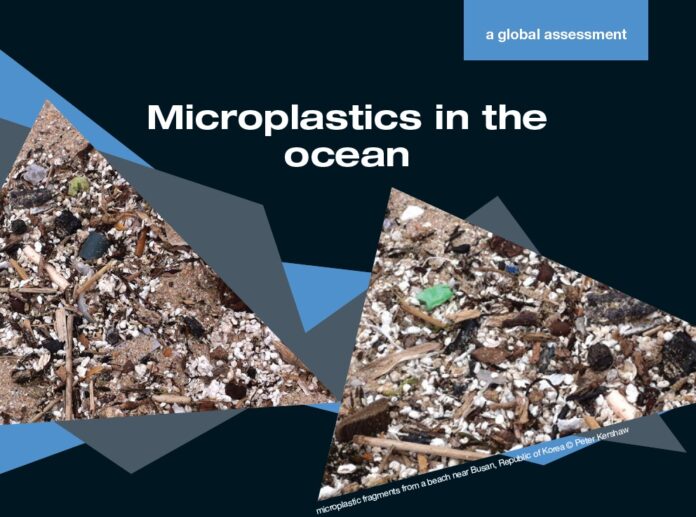 Micro-plastics – tiny pieces of plastic or fibres which may act as a pathway for persistent, bio accumulating and toxic substances entering the food chain – are increasingly being found in the oceans and may prove to be as harmful to marine life as more obvious, larger debris, such as plastic bags, according to a new report.

“While there is a need for further assessment of the problem, the report is the first attempt, at a global scale, to identify the main sources, fate and effects of microplastics in the ocean and offers improved understanding of the scale of the problem. The assessment suggests that there needs to be a wider awareness of the potential harm that microplastics in the oceans could cause,” said Dr Stefan Micallef, Director Marine Environment Division, at the International Maritime Organization (IMO), the Administrative Secretary of GESAMP.

“Even tiny particles, such as those used in cosmetic products or abrasives, could potentially harm marine life if ingested. We need to work globally to ensure that plastics do not end up in the oceans,” Dr Micallef said.

Microplastics refer to small plastic particles, less than 5 mm in diameter, but some as small as 10 nanometres. Microplastics may be purposefully manufactured for particular industrial or domestic applications (such as facial cleansers), or result from the fragmentation of larger items, especially when exposed to sunlight. Microplastics have been found distributed throughout the world’s oceans, on shorelines, in surface waters and seabed sediments, from the Arctic to Antarctic. They may accumulate at remote locations such as mid-ocean gyres, as well as close to population centres, shipping routes and other major sources.

Sources, fates and effects of microplastics in the marine environment - a global assessment (full report)