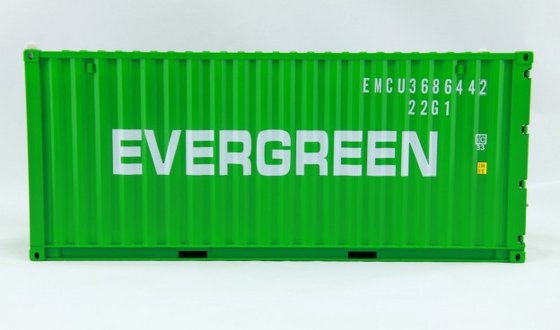 Evergreen Group has found itself at the heart of a power struggle among the children of group founder Chang Yung-fa, who died in January leaving a fortune and business empire worth billions.

The children of Chang's first wife, who hold a majority stake in Evergreen Group, responded one day later by using their combined voting power to terminate the position of chairman, according to media reports.

There will no longer be a chairman, and senior executives will be dispatched to look over each subsidiary, according to reports.

"Evergreen Group will always have only one chairman, and that person is Chang Yung-fa," an internal announcement stated.

When asked by reporters to confirm the reports, a spokesman of Evergreen Group declined to comment.

Veteran staff of the conglomerate had expected the household of Chang's first wife to control the marine services of the group, while the second wife's household manages the airline-related businesses.

Local media reported that Chang's first wife had objected to the division and that the public exposure of the will would likely ratchet up tensions between them.

On Thursday, EVA Airways Corp. Chairman and the youngest son Chang Kuo-wei made public the will of Chang Yung-fa, stating that he would be succeeding his father as the new chairman of the conglomerate while retaining his chairmanship at EVA.

According to his announcement, Chang Yung-fa had bequeathed his fortune and position at the head of Evergreen Group to Chang Kuo-wei, the only son of his second wife.

Later Thursday, Chang Kuo-wei reportedly attended a meeting of around 40 senior executives of the group as incoming chairman. He announced the content of his father's will, and at one point cried when he expressed concerns that the family disputes would affect the group.

Later, Evergreen Group called it a "particularly regrettable" move for Chang Kuo-wei to "unilaterally" reveal the private will, while the process of succession was still being discussed.

Chang Kuo-wei has served as chairman of EVA Airways Corp. since Jan. 1, 2011 and assumed the role of vice chairman of the group starting 2014.