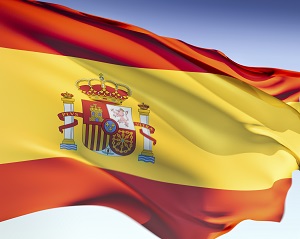 The long-awaited judgment of the Spanish Supreme Court (Criminal Chamber) in the Prestige matter was handed down on 14 January 2016.

JUDGEMENT OF THE SPANISH SUPREME COURT

In a first judgment, the Spanish Supreme Court reverses part of the decision of the Superior Court of La Coruña and in a second judgment, holds the Master of the vessel, Apostolos Ionnais Mangouras, liable of a criminal offence against the environment resulting in catastrophic environmental damage.  The Master is sentenced to two years’ imprisonment and is also held liable to pay a fine of Euro 10 per day for twelve months and to pay a twelfth of the legal costs of the First Instance proceedings.

The second judgment holds the Master liable to pay damages resulting from the oil spill and holds the owners of the Prestige, MARE SHIPPING INC, vicariously liable for the damages. Owner’s P&I Club, The London Steamship Owners’ Mutual Insurance (The “London P&I Club”) is held directly liable up to the limit of cover on the policy.  The second judgment also finds the International Oil Pollution Compensation Fund (IOPC Fund) liable up to the limits of the Fund Convention.

The Supreme Court bases the Master’s conviction on the fact that he generated a greater risk by deciding to sail on an overloaded vessel of 26 years of age which was also in extremely poor conditions.  According to the judgment, he was therefore unable to keep the vessel safely under control in critical moments. The Court criticises the Master for his reluctance to follow the orders from the authorities.

In terms of the civil liability of the Master, the second judgment denies the Master its right to limit its liability under the 1992 Civil Liability Convention (“the CLC”).  The Court’s view is that the Master acted recklessly and with knowledge that such loss would probably result, thus triggering the exception of article 5.2.  The same exception is applied vis a vis to the shipowner, therefore denying their right to limit their liability too.

Although the Supreme Court admits that the London P&I Club constituted a fund in accordance with the limits of liability set out in the CLC (Euro 22,777,986), it holds that the limit of liability is not applicable. The London P&I Club is therefore held directly liable up to the policy limit (USD 1.000 million).  The rationale of the Supreme Court is that because (i) the master committed a recklessly criminal act there is a right of direct action against the Club with no defences being available, and (ii) the Club chose not to defend itself during the proceedings, without giving any explanation as to why it had decided not to appear before the Court it is, therefore, for the London P&I Club to bear the consequences of their lack of procedural diligence.

The above is the basic outline of the decisions of the Supreme Court regarding the liabilities of the Master, the shipowner and The London P&I Club.

Following the judgments issued by the Spanish Supreme Court in the Prestige, there have been several commentaries published in the Spanish legal press.  Generally speaking, the judgments have been welcomed following the conviction of the Master, but also because the Supreme Court has considered the insurers of the vessel liable for any amounts in excess of the CLC limits, up to the limit of cover under the policy.

However, it seems that those involved in shipping law have received these judgments with great surprise and dismay. Indeed on 17 March 2016, the Spanish Maritime Law Association held a monographic session dedicated to the judgments where views were discussed by all the attendees and in which the State Attorney in charge of defending the Spanish State took part.  During the course of the event it became clear that there was a widespread view that the judgments may well be flawed, at least from a maritime law viewpoint.

Criminal law experts will no doubt express their views on whether the conviction of the Master was indeed feasible taking into account the finding of fact by the Superior Court of La Coruña that it was not possible to determine the cause of the structural problems with the vessel that ultimately led her to breaking her back.  Whilst the writer is no expert in criminal law, there must be serious doubts as to whether, in these, circumstances the Master can be found guilty of a criminal offence against the environment in its aggravated form.

However, from the perspective of civil liability insurance, the judgments face heavy criticism that they contain an error in law when they break the limits of liability of the CLC holding the London P&I Club liable for amounts in excess of the CLC limit.

The contention that the limit of the policy was higher than the CLC limit should not succeed either.  We all know that tanker vessels sail through territorial waters of countries that are not party to the CLC and where the limits of liability of the CLC do not apply.  In those circumstances, there is a logical need to provide cover in excess of the CLC limit.

Finally, the argument that the Club’s strategy failed as a result of their decision of not appearing before the Court to defend themselves is wholly unacceptable.  Firstly, this is not, as a matter of fact, accurate, because the Club did appear before the Court to constitute the CLC Fund.  Perhaps more importantly, however, is that even if the Club had not appeared, the well-established principle of ‘iura novit curia’ (that the court should know the law), should force the Supreme Court to observe the limits of liability of the CLC without it being pleaded before them.  There was a clear obligation on the Supreme Court to apply the rules of the CLC irrespective of the fact that the Club decided not to formally appear in the proceedings.

Whilst it would be unpopular with the victims of this oil spill insofar as their prospects of being compensated in full would have been diminished, whether right or wrong, this is the legal position under the International Convention currently in force in Spain.

If International Conventions are not going to be complied with, it is better not to ratify them or to denounce them. Once ratified, and in force, the Courts should apply them.  Spain could have denounced the CLC following the AEGEAN SEA incident but decided not to, nor did it following the PRESTIGE.  Spain can denounce the CLC now, assuming all the consequences for the tanker industry that such a measure would entail, but it cannot have it both ways.